The Worst Possible "Tell Us About Yourself" Scenario Ever 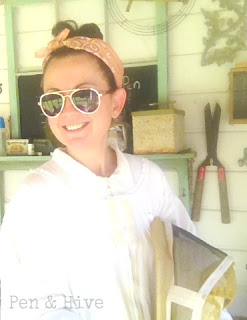 Several years ago, I found myself in one of those surreal uncomfortable situations. I sipped my wine slowly as we went around the table telling our life stories and how we came to be docents at the museum. There were a lot of degrees with empty plates of food in front of them. The stories of education and foundations founded, career accolades, and success hung around the air as I sat there wondering how I got a seat at this table. As each person finished giving their oral resume everyone oohed and ahhed at accomplishments the storyteller would turn to the person on their left and smile waiting to be regaled with the next story of knowledge and success.

I had a flashback to a moment in high school when one day in Latin, Preston Phillips asked me "How did you get into this class?"

The sun began to set over the mountain across the lake and the last tired rays of an April sun beamed through massive windows just about the time the crusty gentleman on my right, began speaking. He was suddenly backlit like a heavenly apparition. Unlike the rest of us, he was a neighbor who'd been invited to dinner because our hostess thought he might find the evening interesting. I'd noticed earlier over cocktails that he had a familiar accent but the voices mingled together in the spacious room and somehow got lost high in the beams overhead before I could place it.

"I am a rocket scientist" he began. Something in my brain both laughed hysterically and rolled its eyes with disbelief that God had set me up in a way that He clearly found hilarious. I was profusely thankful that there were no brain surgeons at the table while my mind raced wildly in search of anything that would make my life sound interesting following this guy. "I was living in Germany" he continued after mentioning more than one Ph.D. "I escaped to America to avoid working on the rocket program for the Nazis as they were trying to force me to do." He continued on with his story which from time to time drew gasps from the other dinner guests.

I thought about reading Little Women aloud while my kids colored on the floor. I pictured myself driving to ballet classes and baseball games. I had flashbacks of going over dividing fractions again with a kid who understood it yesterday. Just about the time I was reliving my Martha Stewart pastry phase the German rocket scientist smiled and turned his twinkly gray eyes to me. He looked at me and put his hands calmly in his lap as if he'd brought the most exotic yet humble dish to our biographical pot luck. The way you would if you showed up at the fellowship hall and placed your tiki masala between the baked chicken and macaroni and cheese.

Suddenly everyone was looking at me and my mind settled resolutely into owning who I was. I looked around the table making eye contact with everyone and said, "I am an autodidact." Nothing. "Does anyone know what that is?" They stared at me blankly and I thought perhaps I'd used the word wrong. There was an awkward silence. Then the rocket scientist pointed his knobby finger at me and said, "Eet means...self-taught." He looked at me and winked as if he and I shared a special secret. I suddenly loved him and felt him cheering me on telepathically. Of course, that could have been the wine.

I began to tell my story, sure not to leave out mention of my high school diploma kind of like the person who mentions that they have a dog in a room full of parents with genius children. I outlined my plan of personal enlightenment. I preached the tiniest sermon on the salvation of curiosity.  I ended by outlining my theory of education and briefly explaining the curriculum I designed to educate my own children.

My impassioned autobiographical speech was met in the end with affirmations from the group and questions about the process. I left out the parts about lying awake at night wondering if I was ruining the two human beings entrusted to me.  I didn't focus on the more fly-by-night ideas I had that were abandoned because they didn't work. I omitted the year my daughter was in the 5th grade and we both cried every day during math and she dropped her pencil on the floor every 3 minutes as a means of diversion. My presentation made it sound as though I hadn't just made it up as I went along.

I added that I'm a beekeeper and told about that thing I do every year where I try to learn how to do one new thing. Read about that here. When I finished answering questions,"How had I been brave enough to design my own curriculum and be responsible for educating my children? Tell us more about the one new thing! How does one decide to become a beekeeper?"  and sat back in my chair the rocket scientist caught my glance, closed his eyes, and nodded slowly at me.

No matter what the details are, your story is your story. It's okay to be proud of who you are and what you have learned along the way. It might also be a good idea to have a brief and somewhat entertaining version of it ready just in case you ever have to tell it at a moment's notice. Hopefully, you'll follow someone less interesting than a rocket scientist who escaped from the Nazis.

Secrets to Living Young at Any Age 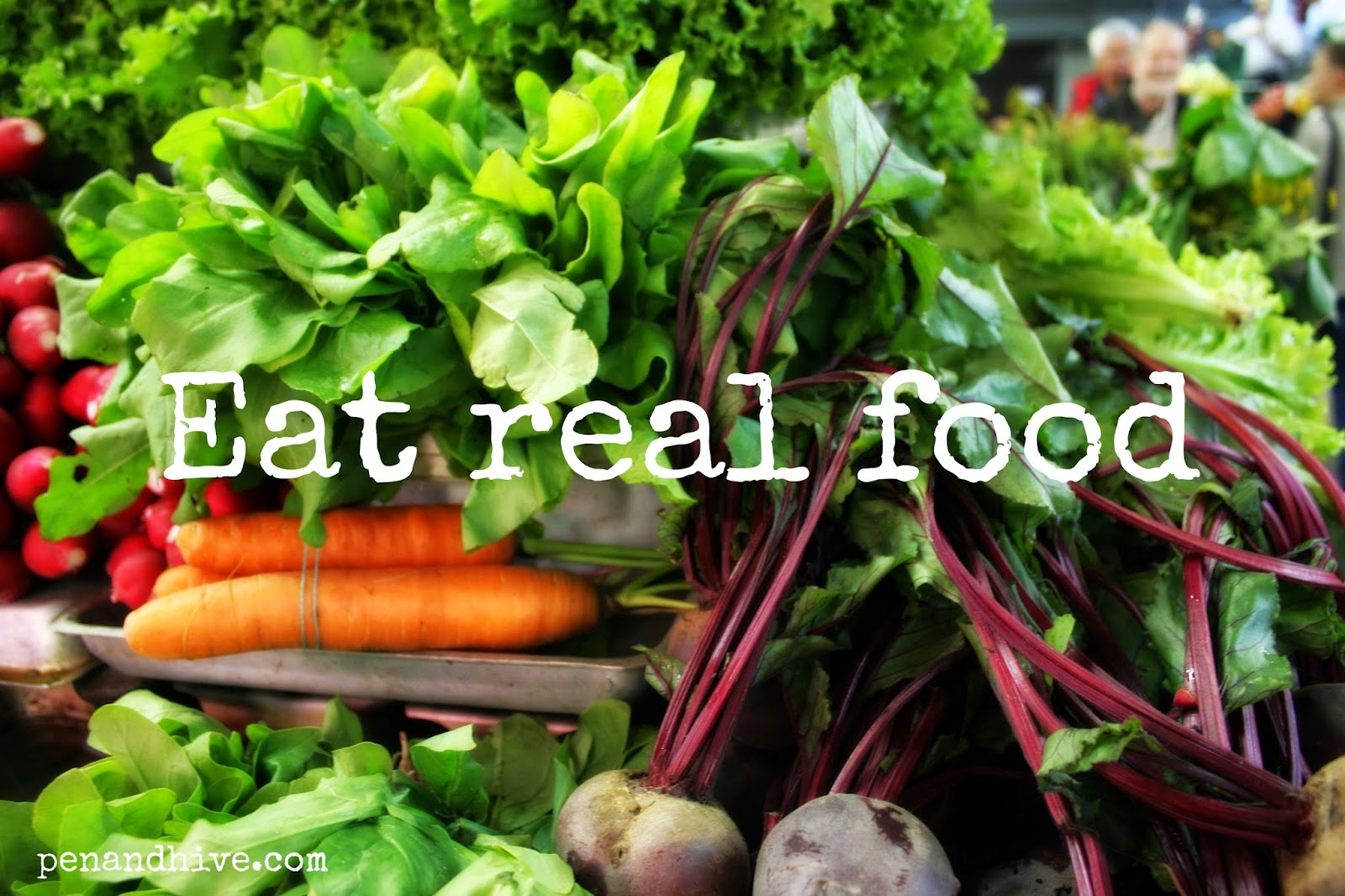 I don't know about you but I'm terrified of getting old. Possibly because as a child I was never around older people and as an adult the ones I've been around haven't exactly been doing it well. Oxygen tanks, frailty, falling, and a lack of physical energy don't paint an encouraging picture and that is all without the nightmare of dementia.

I've been encouraged recently by a group of women I volunteer with at the art museum (you can read more about what I'm learning from them here). . The book, Blue Zones paints a brighter picture and gets down to how to live well over a long period of time.

One of the things I'm learning from paying attention to those who are aging well is that you have to keep moving. Even if it hurts. Your body was made to move and sitting down will eventually kill you. And not in a quick and easy way. In a slow, dull, painful way...possibly over quite a long time.

The second thing is that the people who live a long time are interested AND interesting.  Baroness Trumpington (isn't that the best name ever?)  said the secret is being "interested in life generally."

Judging from my friends at the museum, many of whom are old enough to be my parents (I get a kick out of listing to them tell stories about graduating from college the year I was born) and recent books and videos, here are the things that will keep you young:

Not smoking. I don't know any older people who are still on the move who were smokers.

Keep moving, even it means overcoming aches and pains. Sitting down, or worse yet, spending the day in bed will suck the life and energy out of you. 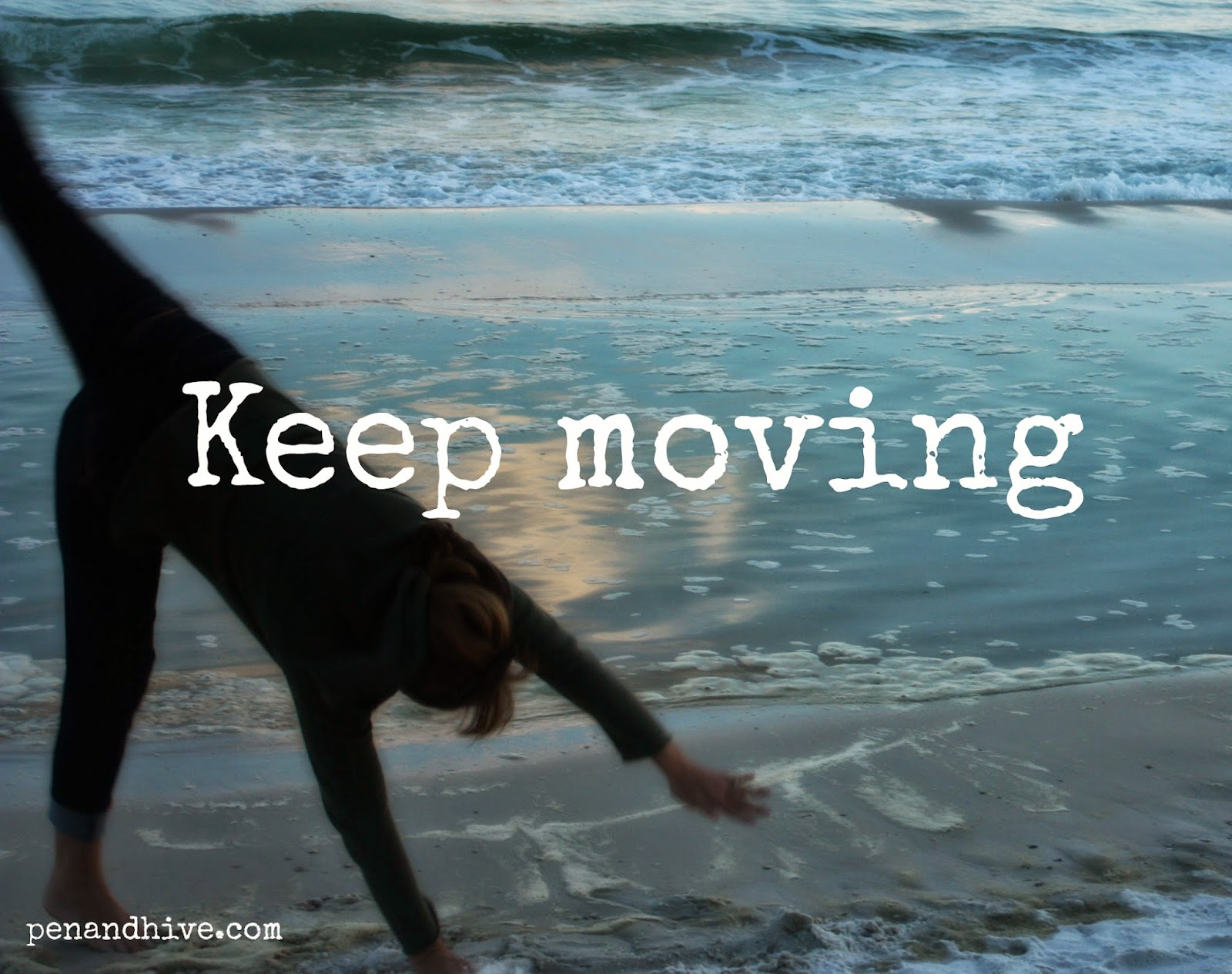 Do not allow yourself to get overweight. But don't do any unhealthy dieting, you'll ruin your metabolism.

Have a regular sleep schedule. I don't have evidence for this one, but I'm pretty sure you can ruin your circadian rhythm just like your metabolism.

Be interesting, which is likely to mean you are interested in lots of things, and are keen to keep learning. You should have something more interesting to share than the details of your most recent ailment. It's how you keep getting invited to parties. 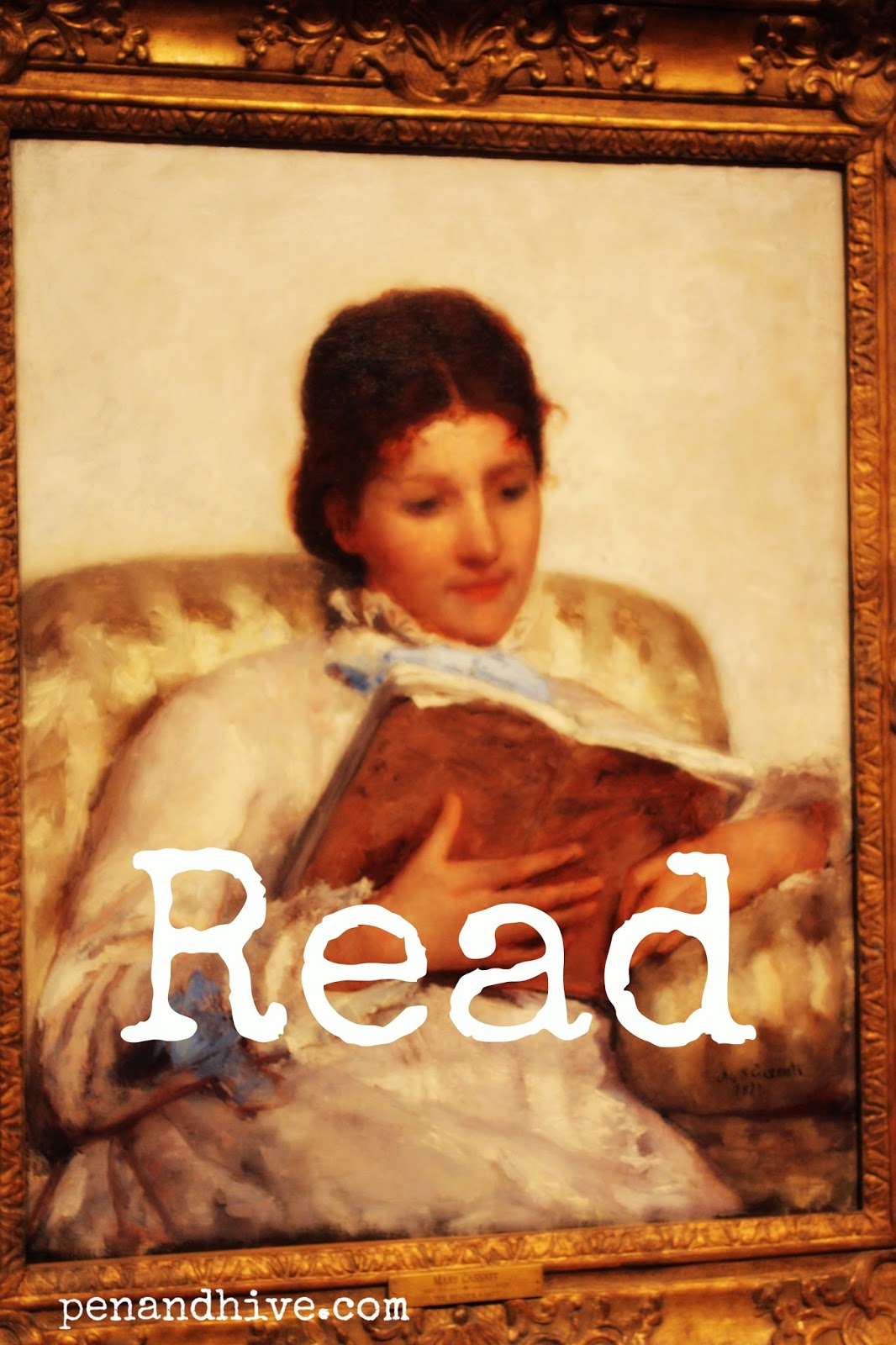 Be social. Being connected is a huge key, you need a support network outside your family. 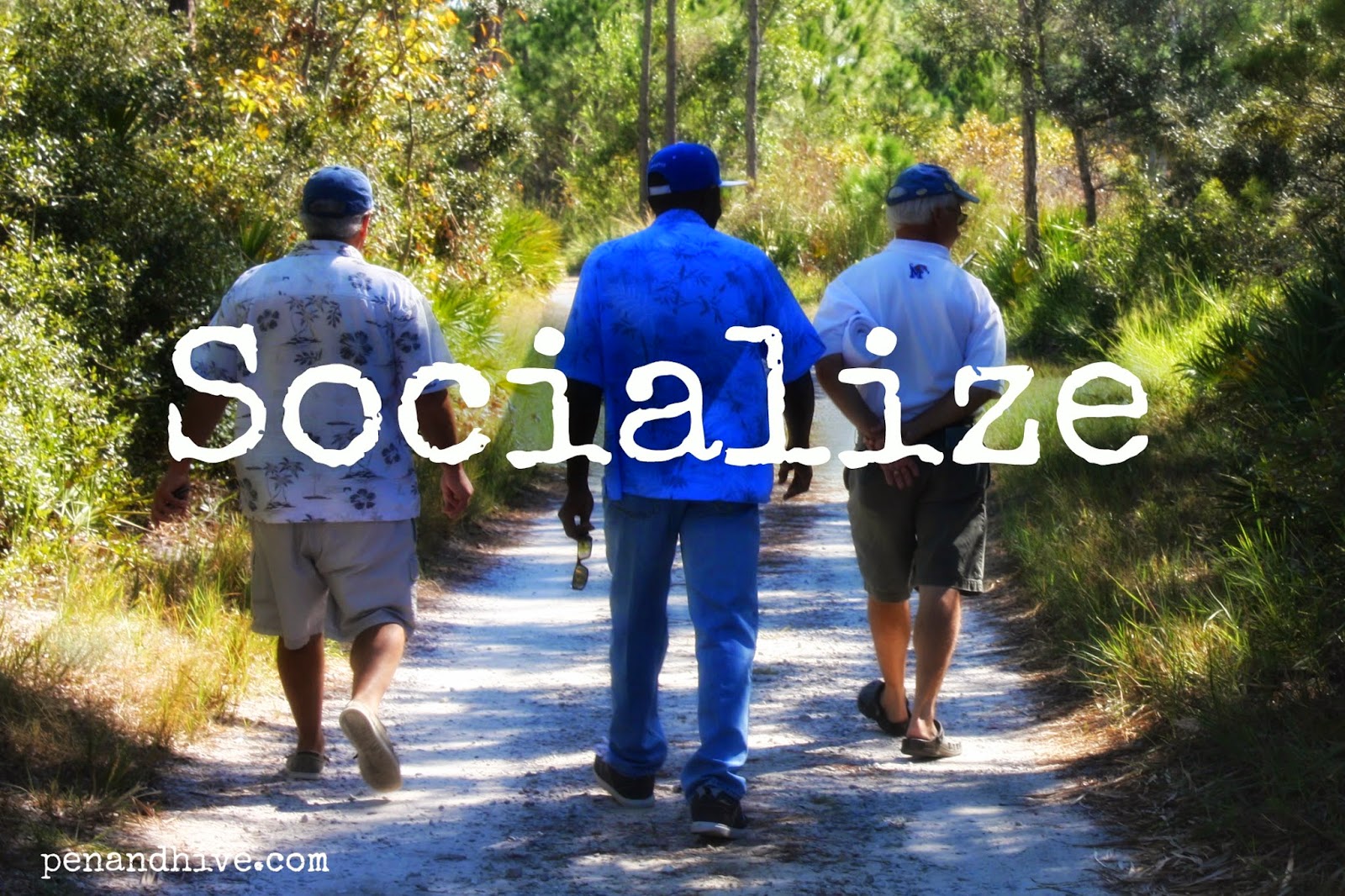 Refuse to be overtaken by fear.

Embrace change. Would you really want everything to stay the same?

Volunteer. The most energetic people I know are not just focused on themselves.

Plan on living to be 100 and start now to adjust your life accordingly.

Posted by Michelle @Pen and Hive at 7:53 AM No comments: