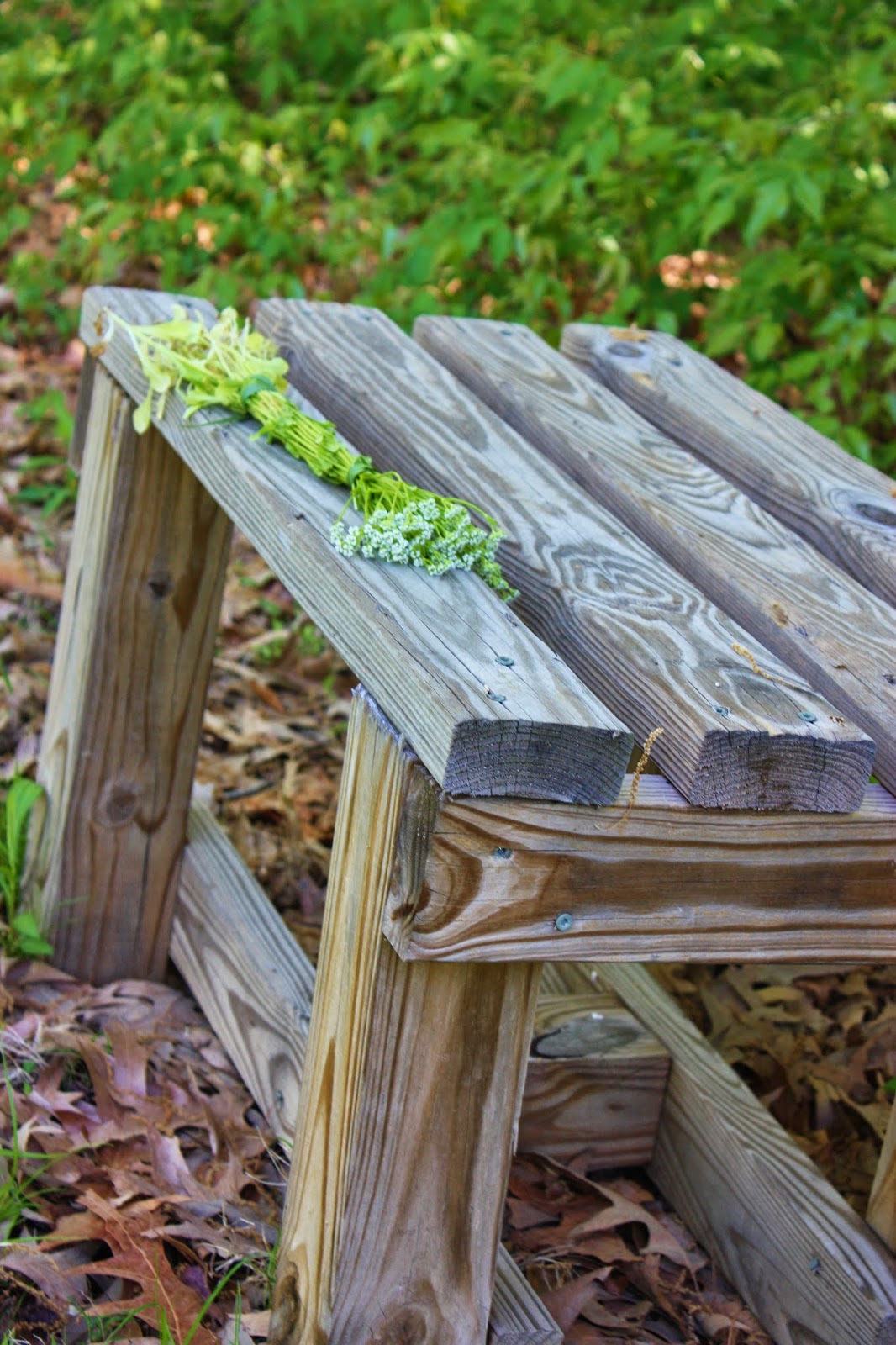 While on my silent weekend a couple of years ago there was much encouragement verbal and non-verbal to spend time in nature. The very place itself beckoned me out of my room and into surrounding woods and meadows. After dinner on my second evening there I noticed a young man in the distance wandering around among some wildflowers. He'd stop and pick some and then stroll around some more. I rocked in a chair on the porch and watched him. He was around my son's age and I imagined all the things he might be pondering in his solitude.

The next day after walking a couple of different trails I found one that disappeared into the woods behind the pond.

About halfway around the pond I happened upon a bench, one of many placed in the most secluded spots to invite contemplation and rest. On the bench rested a bouquet of wildflowers carefully bound with long blades of grass. I caught my breath and smiled. At that moment nothing had ever been so beautiful as this gift left by a silent stranger for an unknown person to find. I took this picture and left it so someone else might be cheered by it. 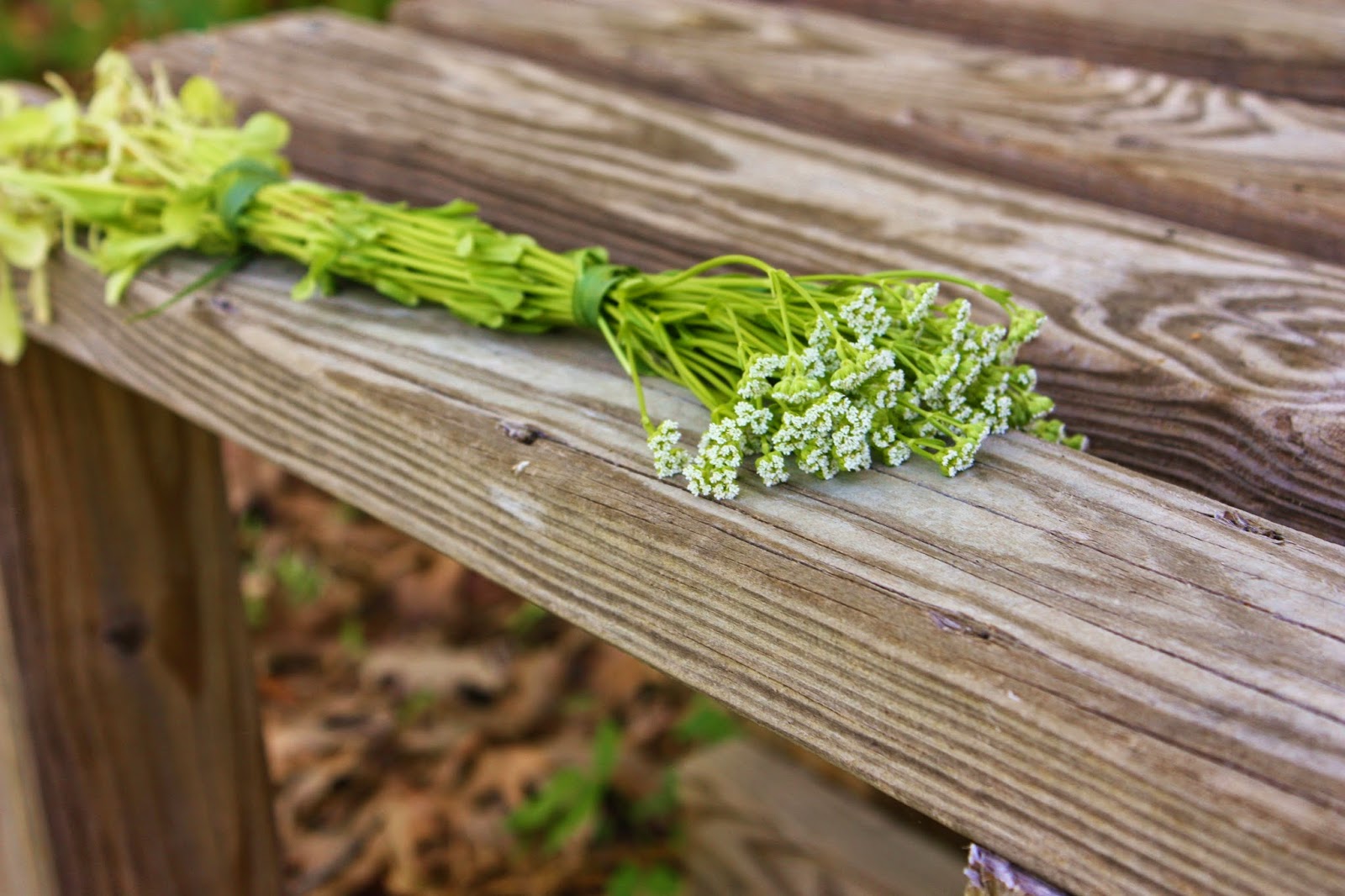 Later in my room, I thought about another random act by strangers that had filled me with intense joy.

A few years ago in St. Petersburg Russia we were on an evening riverboat cruise with our travel companions. As we passed under this bridge near the Hermitage a Japanese couple tossed a flurry of paper cranes into the air timed perfectly to shower down upon our boat. 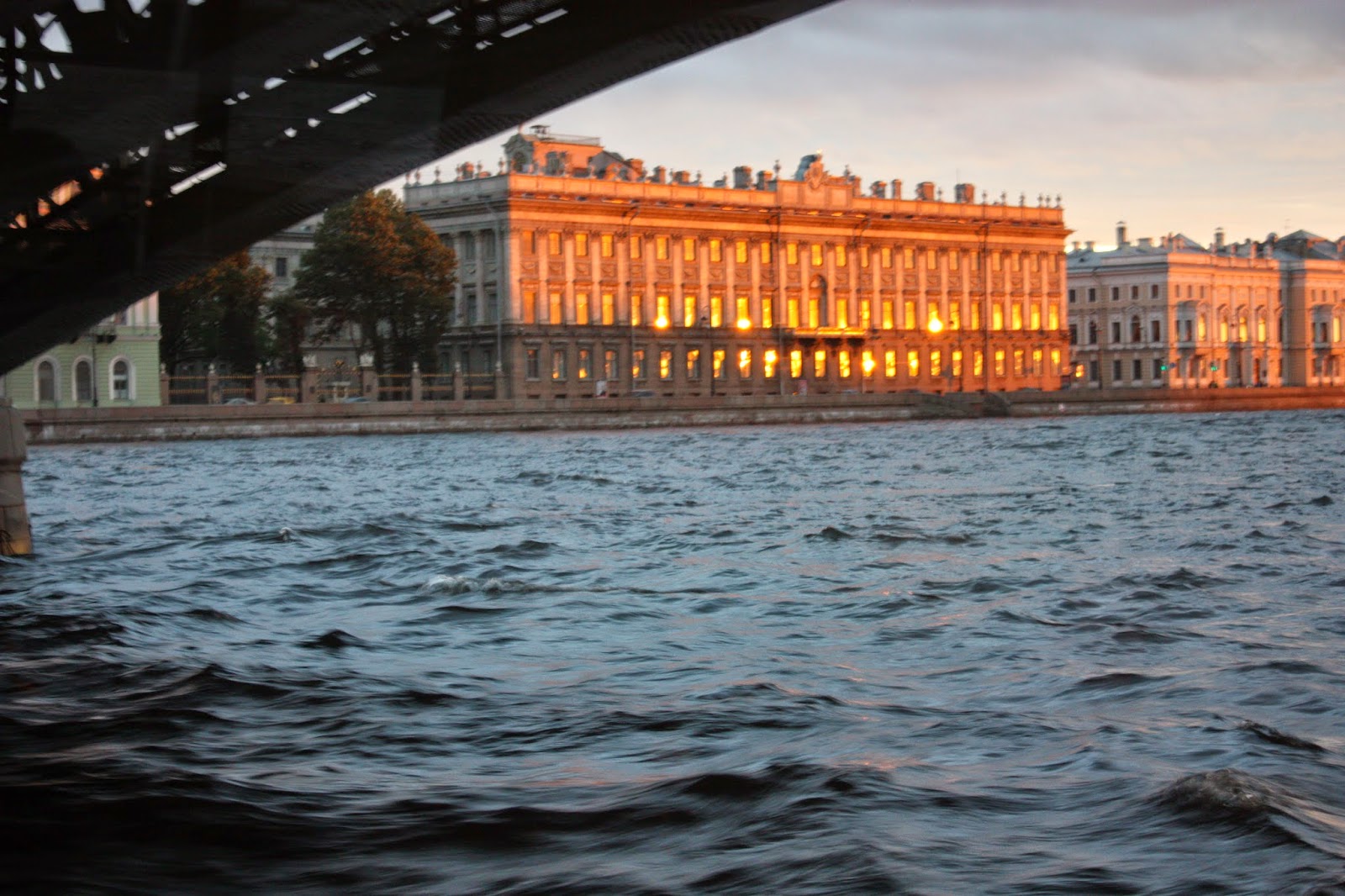 My friend and I scooped up the paper to see what it was and then looked back to the top of the bridge to wave to the strangers who had randomly gifted us. They were beaming and so were we, waving furiously, knowing we would never meet them or know what prompted their gesture and they would never know how grateful we were for a small kindness. 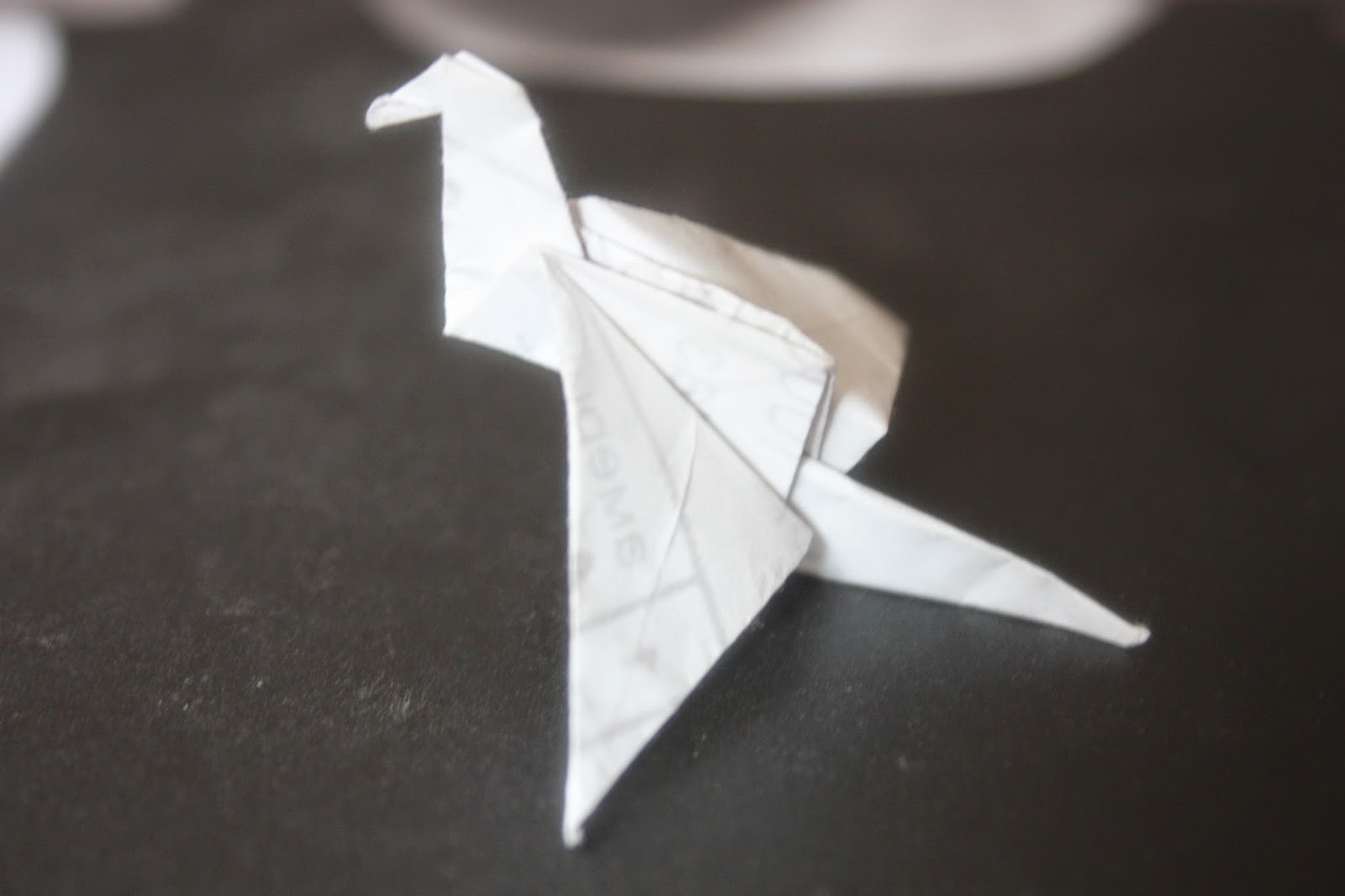 At the end of the retreat when speaking was finally allowed I spotted the young man I'd seen wandering around that evening.

"Are you the one who left the bouquet of wildflowers on the bench?"

"Well, I have to tell you how incredibly happy that made me when I happened upon it."

We all want to change the world for the better. We often imagine doing it on a grand scale. We think real change has to be something big done for masses of people. But if you are feeling small and inadequate, if you think you are only one person with limited resources, if you wonder what you could possibly do to make the world a better place, just start small.

With what you have.

Even if it's just wildflowers or paper cranes.
Posted by Michelle @Pen and Hive at 7:08 AM