Why I Stopped Posting About Politics 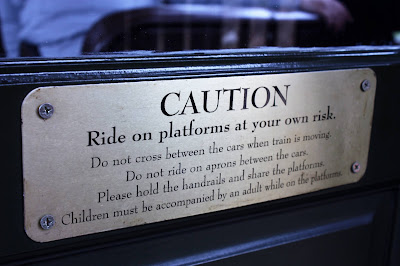 Out of the ten years I've been blogging I spent the first five discussing culture, politics, books, wellbeing and a host of other serious topics with a friend.  It was called The Professor and the Housewife. We posted twice a week for five years. Our discussions were wordy and weedy.  We were pretty boring and no one read it. But the exercise of doing it clarified my thinking on a lot of issues.

Here's a tip: If you want to know what you really think about something write about it. Writing is thinking. It was a great challenge. All during 2020, I have missed it because this would have been the best year ever for that particular project.

Eventually, the blog died a natural death which was sad at first but then felt like a relief as I focused more on writing about bees, gardening, and decorating. I've spent the last five years focusing on health and personal happiness. I've loved encouraging people, teaching, and giving tips.

But the real reason I stopped writing about the big stuff was that the more research I did the more I realized how little any of us really understand what is going on in the world or in our own minds. We live in the most complex and interconnected period in history.  We see a sliver of what is happening, and that sliver is chosen for us.

Today's food for thought: Has that last sentence always been true?

And much of that lack of understanding has to do with our own brains and how they are hardwired to focus on some things and not focus on others. If you don't know about the dancing gorilla experiment done by Daniel Simons you might not know how easily your brain's attention can be manipulated (the social media companies do though). That video alone will make you question everything you think you know about how your mind works. Beyond that, ongoing research seems to prove that no matter how hard we try to be rational humans our irrational emotional brains are hard to tame.

Yale did a study that seemed to show conservatives would flip to more liberal ideas if you could convince them they were completely safe.  Another study showed that parents who have a daughter are more likely to vote Republican. According to Science Direct, both liberals and conservatives are similarly motivated to avoid crosscutting information. A study at Rice University indicated Conservatives generally pay more attention to a broad array of threats. Did you know that feeling "safe and endowed with strength" causes people to lean left? A survey by the thinktank More In Common revealed that the higher education level a person has the less likely they are to accurately understand the motives and views of the opposing side and it was true of Democrats and Republicans. There's an endless supply of these studies just so cherry-pick the one that proves the point you want to make.

My point is this:

We all believe that we have our opinions because we have studied or done our own independent research and have reached our conclusions after much thought and analysis.

That simply isn't the case. Instead, we are seeing the world through our personal filters. What is really happening is that our opinions are handed to us. Handed to us by our families, churches, communities, advertisers, organizations, political parties, the school system, the media we consume, and institutions of higher learning. Or we identify with some particular group and we adopt their beliefs wholeheartedly (literally) without doing any deep and challenging thinking.

More recently the corporatization of the media and the rise of big-tech have worked to take these opinion assignments and make them global. They are more deep-seated. Corporate media and big tech companies like Facebook, Twitter, and Google have colluded to make sure that finding factual information requires extra effort that an overworked, over-scheduled, over distracted populace isn't going to do.

If you aren't constantly questioning your own thinking, sources of information, assumptions, and occasionally coming to conclusions that you were hoping were wrong, you are a low informed voter and citizen no matter how much media you consume.

Given that we can't trust our own primitive brains which are concerned overwhelmingly with survival (not being cast out of the tribe is a big part of that) and given that we often only think we are thinking I began to focus more on what I could actually influence. What could I teach? How could I help? Who could I encourage? Because what's the point of discussing things that we can't change? And let's face it if you know any humans you know you are not likely to change their thinking with facts and data. I'll bet you've tried and you've only been frustrated.  That's because while we all like to think we are super intellectual, informed, and aware, in fact, all of us are making decisions based on emotion then using confirmation bias to bolster in a way that seems like reasoning our emotionally held beliefs.

I'll bet you're thinking "No wonder no one read their blog." Well, anyway this is I stopped writing about politics and started posting pretty pictures of bees and flowers instead.