What Happens at a Silent Retreat? 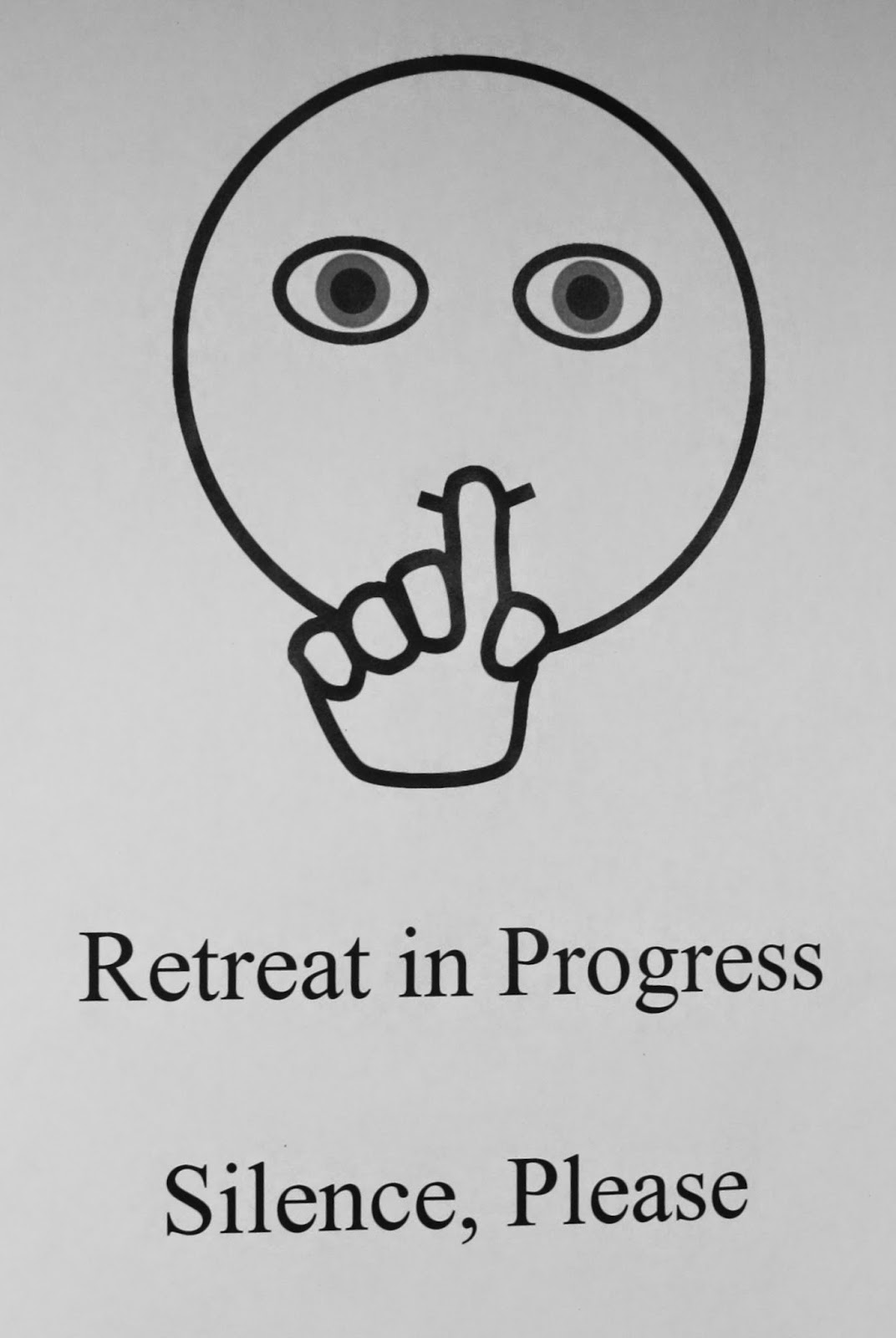 Before I get to what I learned which I don't think I can include in today's post, let me set the stage in case you are wondering just what exactly I was doing over the weekend and why in the world anyone would want to do it.

My silent retreat didn't take me half way around the world to an ashram in India, like Elizabeth Gilbert in Eat, Pray, Love, (maybe next time) but to Our Lady Queen of Peace Retreat Center in the countryside of West Tennessee. A friend with her masters in Catholic Studies who did this last year and knows me well enough to think I would get something out of it invited me. Three days of complete silence with a group of strangers who were also committed to not talking except for a brief daily meeting with a spiritual director (a nun), and no idea what to expect? 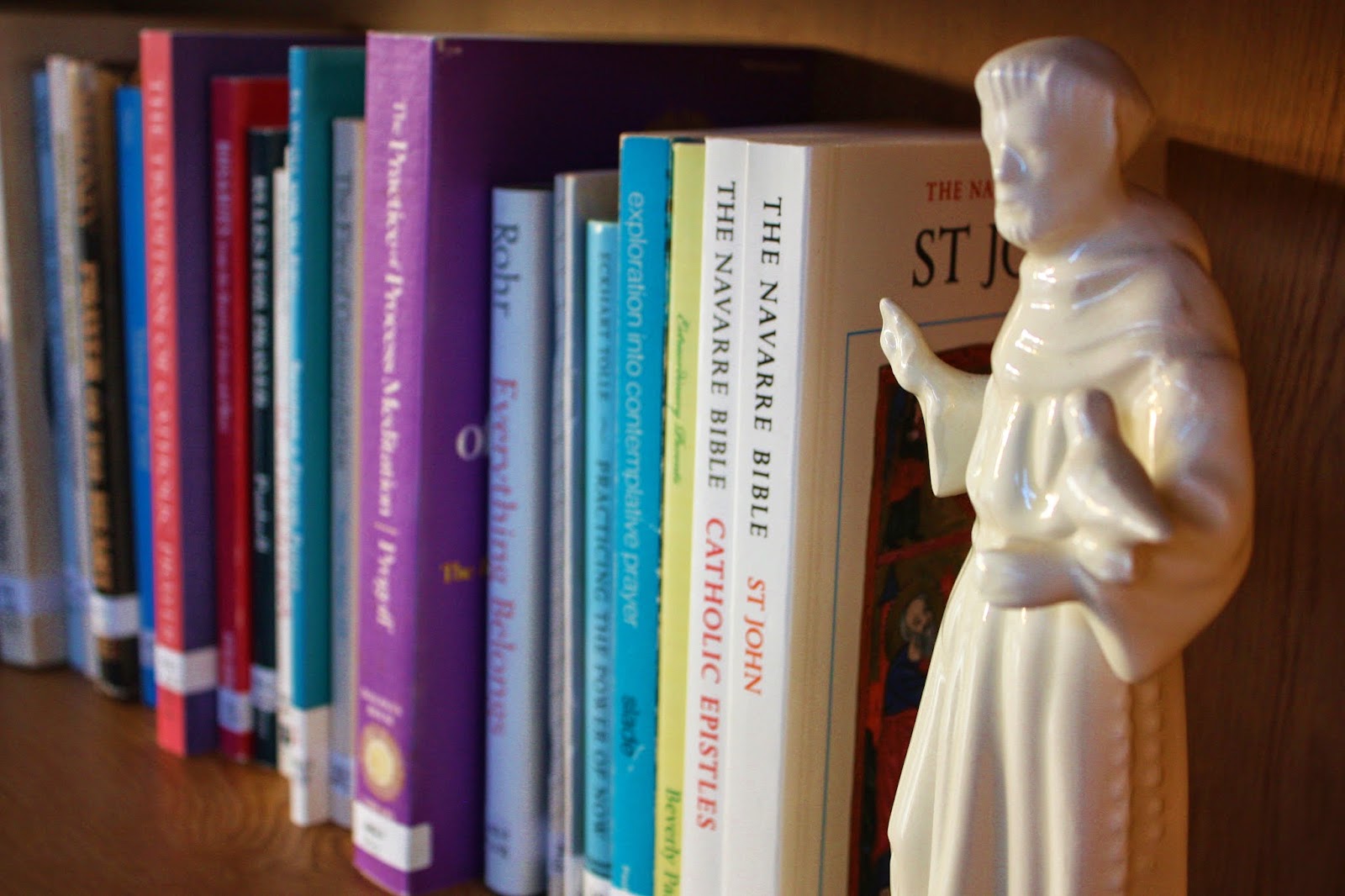 We arrived in the midst of a thunderstorm just in time to eat a quick dinner before a meeting with the other retreatants to introduce ourselves and share what we hoped to get out of this exercise. The reasons varied but felt familiar: direction, clarity, to exalt Christ, to hear God, to escape the noise of our modern world. When we left the room the silence was on. Cell phones and all other electronic devices, were off.

Now I'll tell you a secret. For an introvert this isn't all that hard. You pass people in the hall and you don't have to wonder whether or not you should speak first.

At once, all the mind's focus on if your conversation is clever, or too self absorbed, or entertaining is shed in the delightful realization that no one expects anything from you. You don't have to be witty, or answer questions, or try and remember everyone's names. 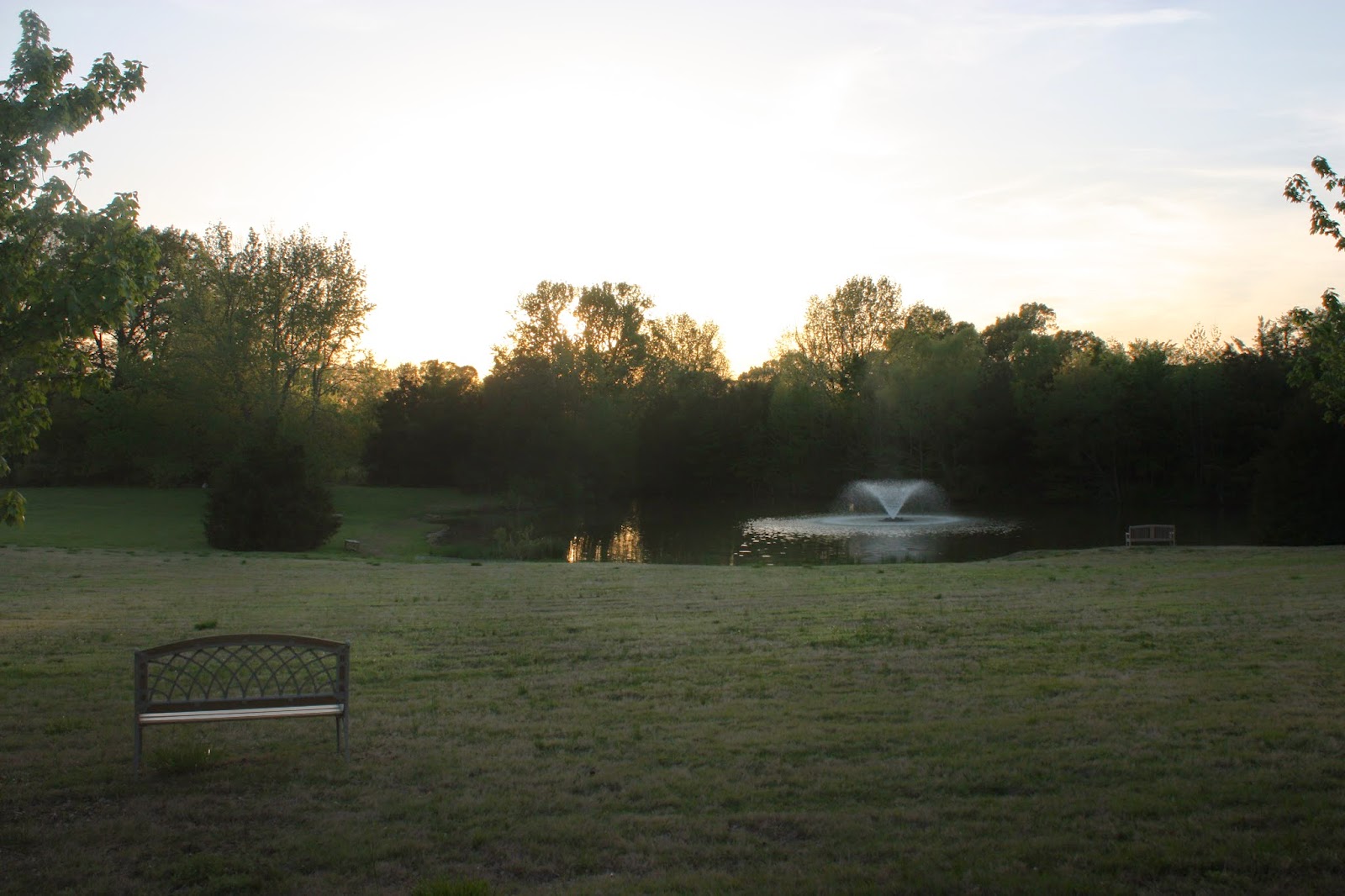 There is something powerful about this experience,  about being given permission to wander around in a meadow, or sit for an hour doing nothing more than contemplating leaves on the trees. The goal is to be gloriously un-busy. Our culture has a cult of busyness that permeates every aspect of our lives. I didn't recognize how exhausting that is until I was removed from it. 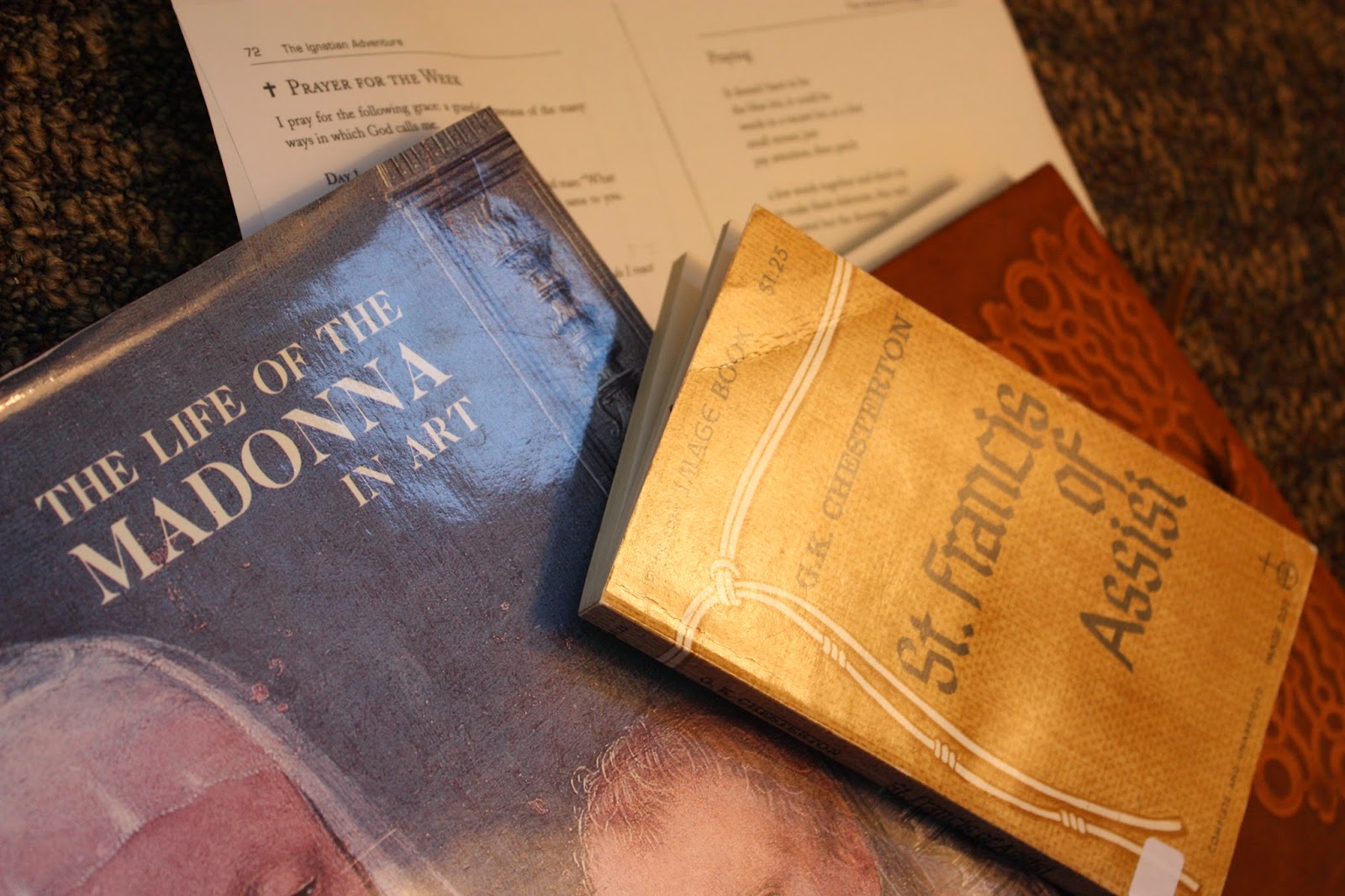 As there is no expectation of you speaking, there isn't an expectation of anything else. I hiked trails alone, did yoga in my room, prayed, read, and stared out my window at the peaceful view for hours. I sat in a rocking chair and breathed in country air while twilight fell around me. I journaled. One night after reading for a couple of hours in my room I went out onto the porch late at night in my pajamas to gaze at the stars. I went to bed when I was sleepy and arose when I'd had eight glorious hours of solid sleep. I did some meditative drawing (more about that in another post) read books on art and the G.K. Chesterton classic on the life of St. Francis. I finished Phillip Yancy's Disappointment with God, which I had started several months ago but been unable to finish. I simply wasn't ready.

More about that here. 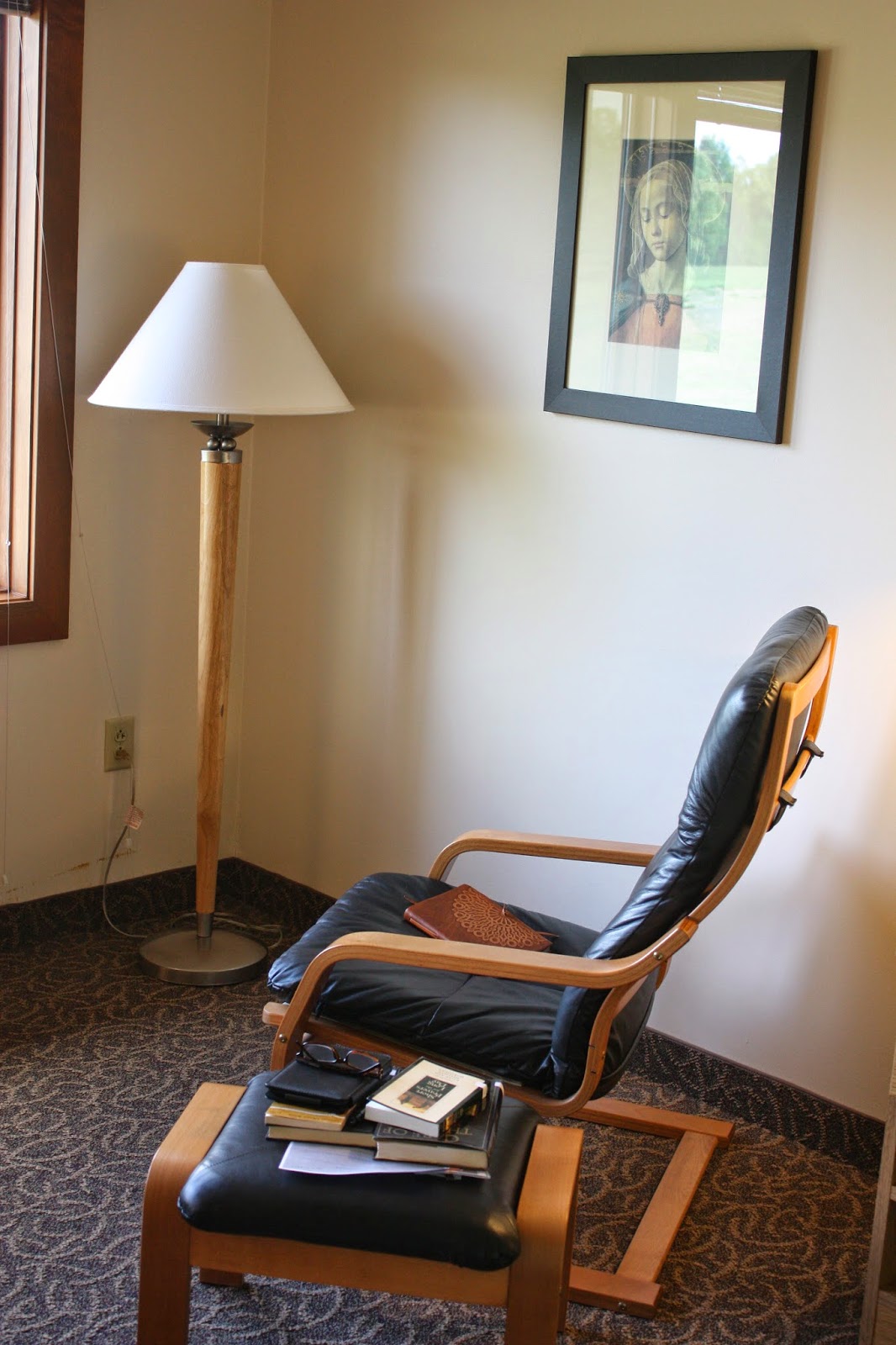 But while doing all these things I was listening. For the voice of God? Perhaps. Insights from the universe? Maybe. My own hurried soul that finally had time to stop long enough to rest? Yes.

I didn't realize how much my heart was longing for some peace until I finally got it. 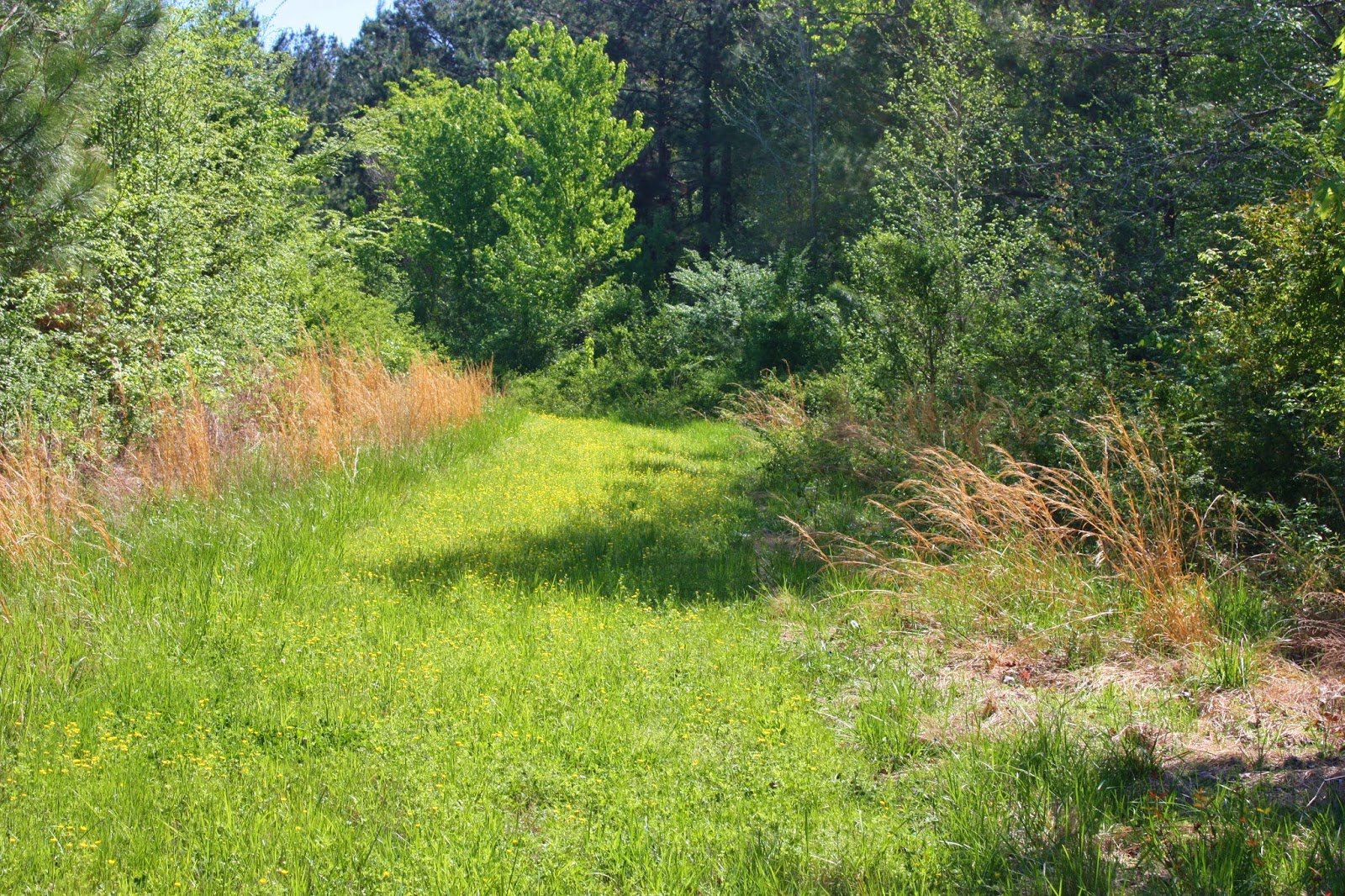 But more than all of that the realization at the end of the retreat that I'd had a revelation. I had not had a negative thought or painful memory in three days. I was comfortable with myself. At peace with my choices.

The silence was instructive. You can read about an important breakthrough here.