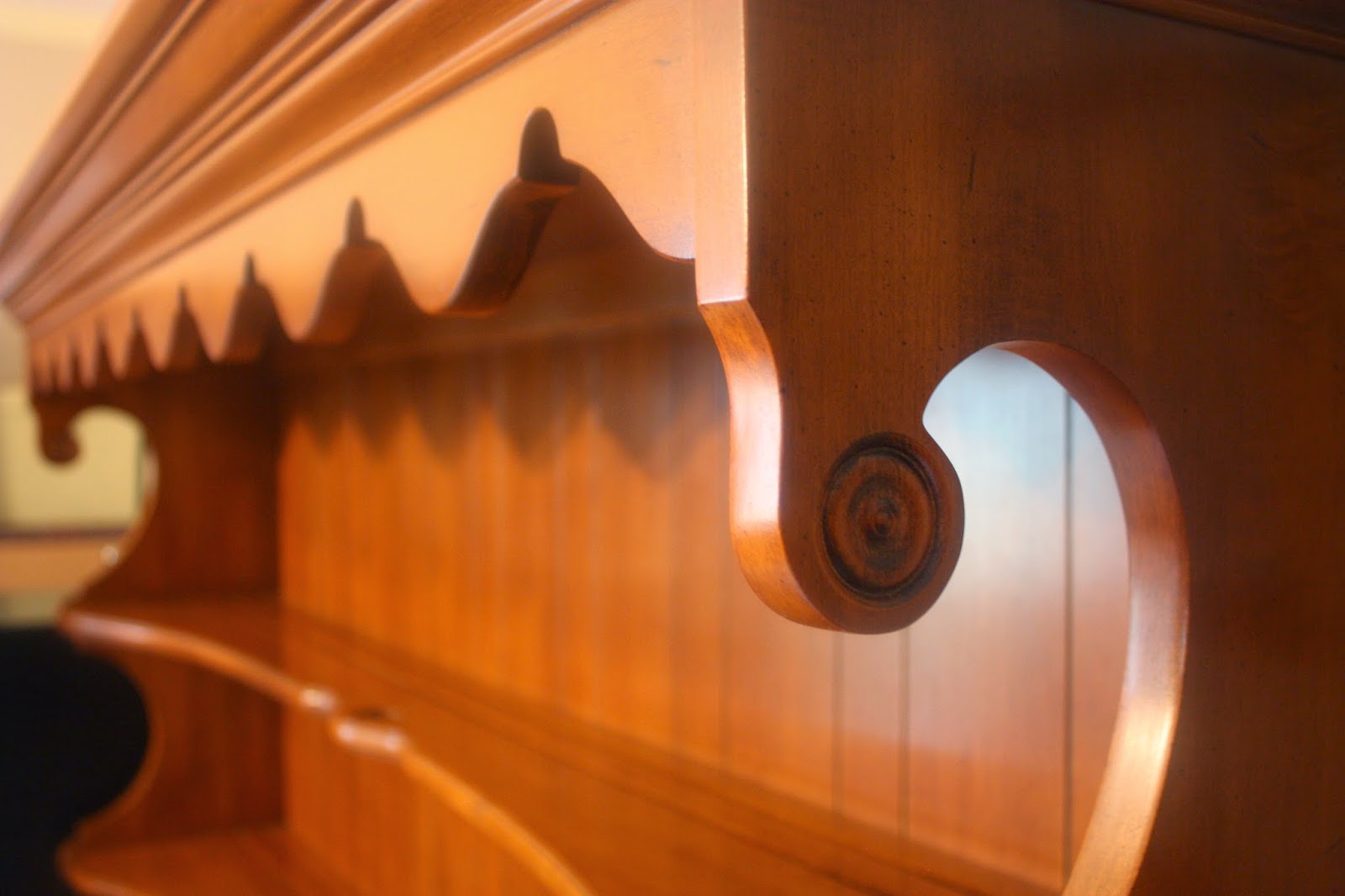 After cleaning out my own mother's apartment in June when she went to assisted living I was stunned at how much one person could cram in a one bedroom apartment. Last week we started tackling the Mother-in-Law wing. You may recall that we lost his mom the week of Mother's Day. There wasn't a time limit on cleaning out the space so we put it off until now. The first step was emptying all the shelves and drawers so that the large pieces of furniture could be removed. Here's a pic of what it looked like once that happened. 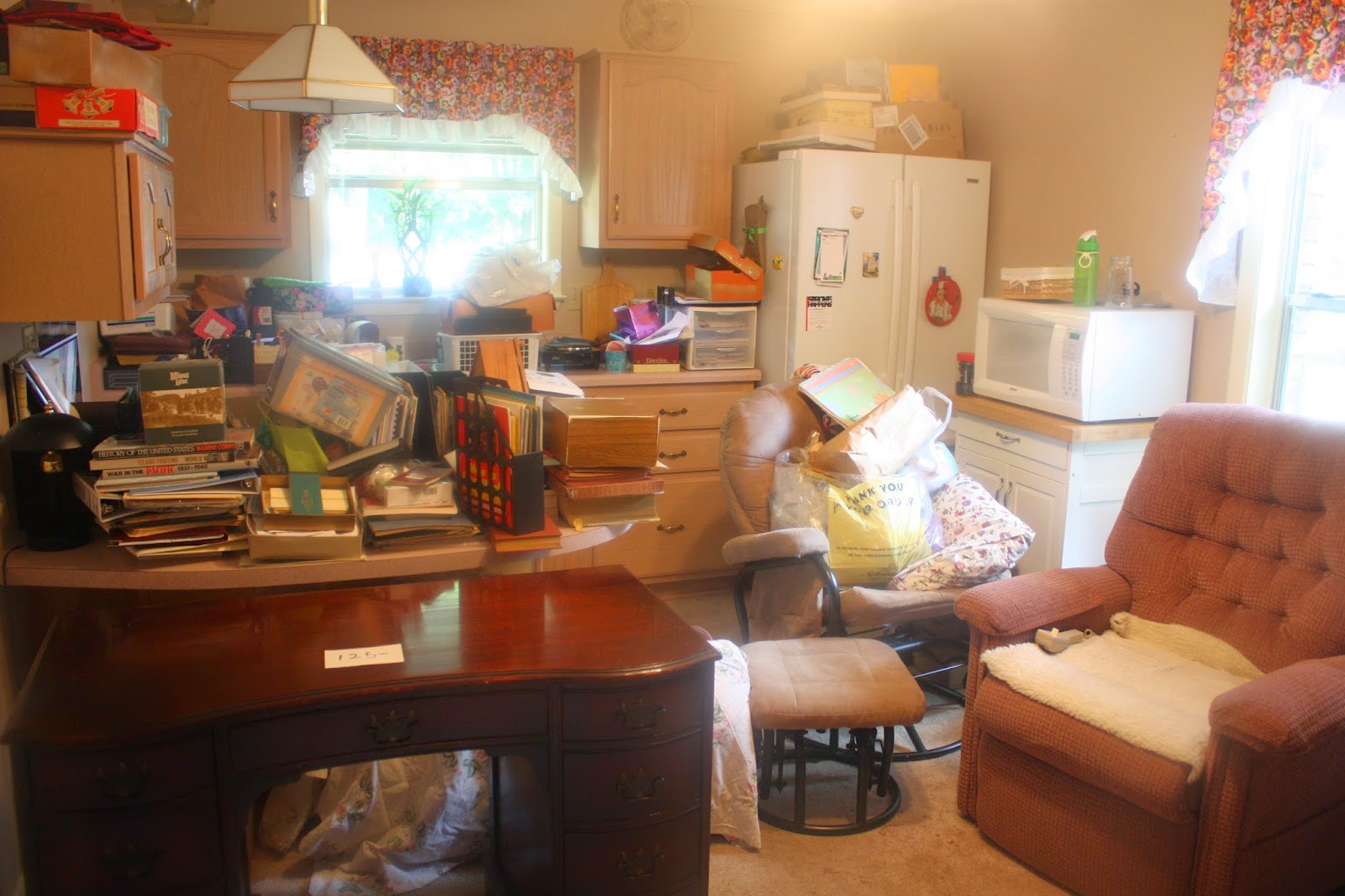 The hutch on the opposite side of the room is still available. The pic at the top of this blog is a detail. If it doesn't sell it's getting painted. Maple. Boo. 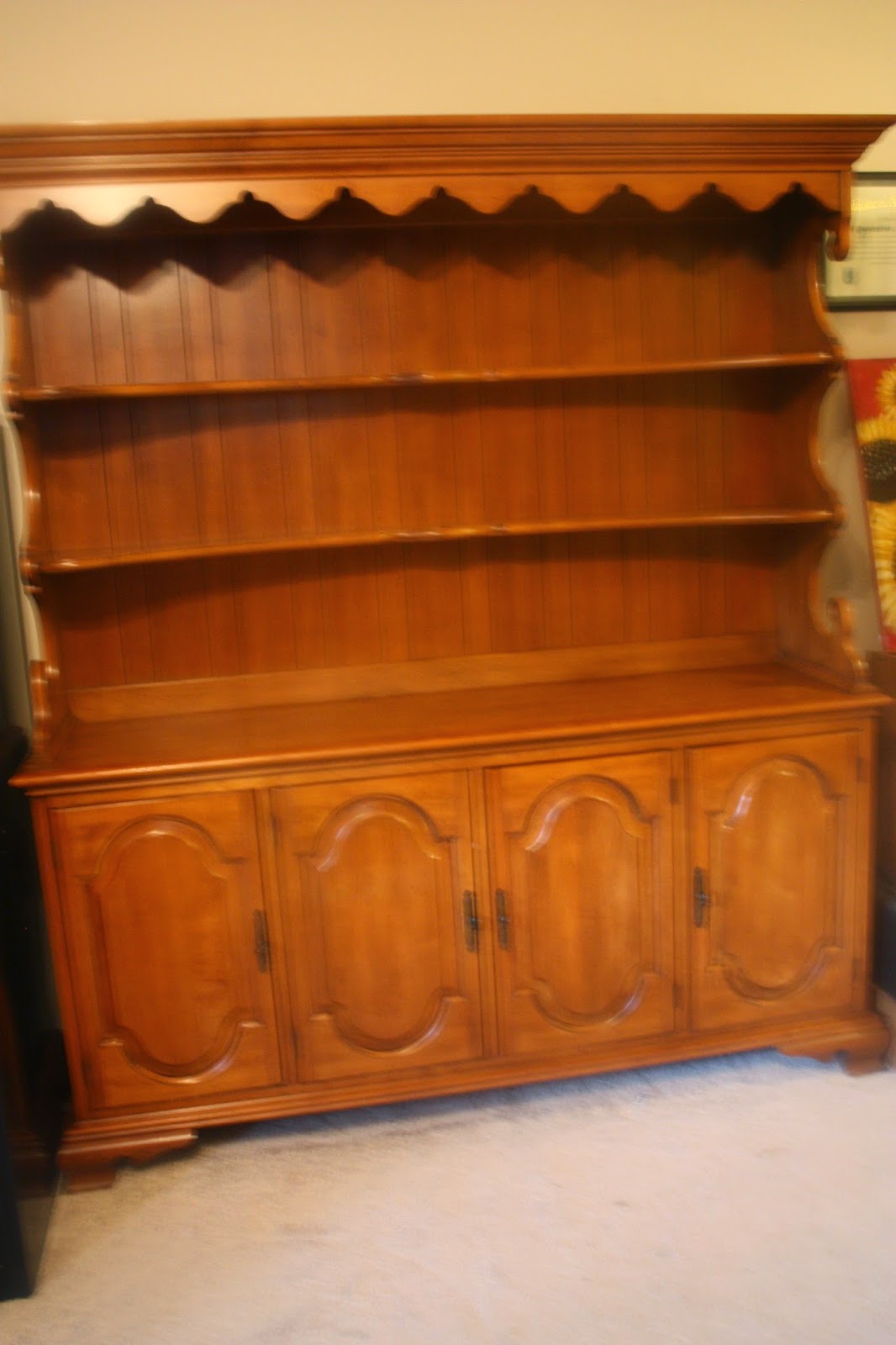 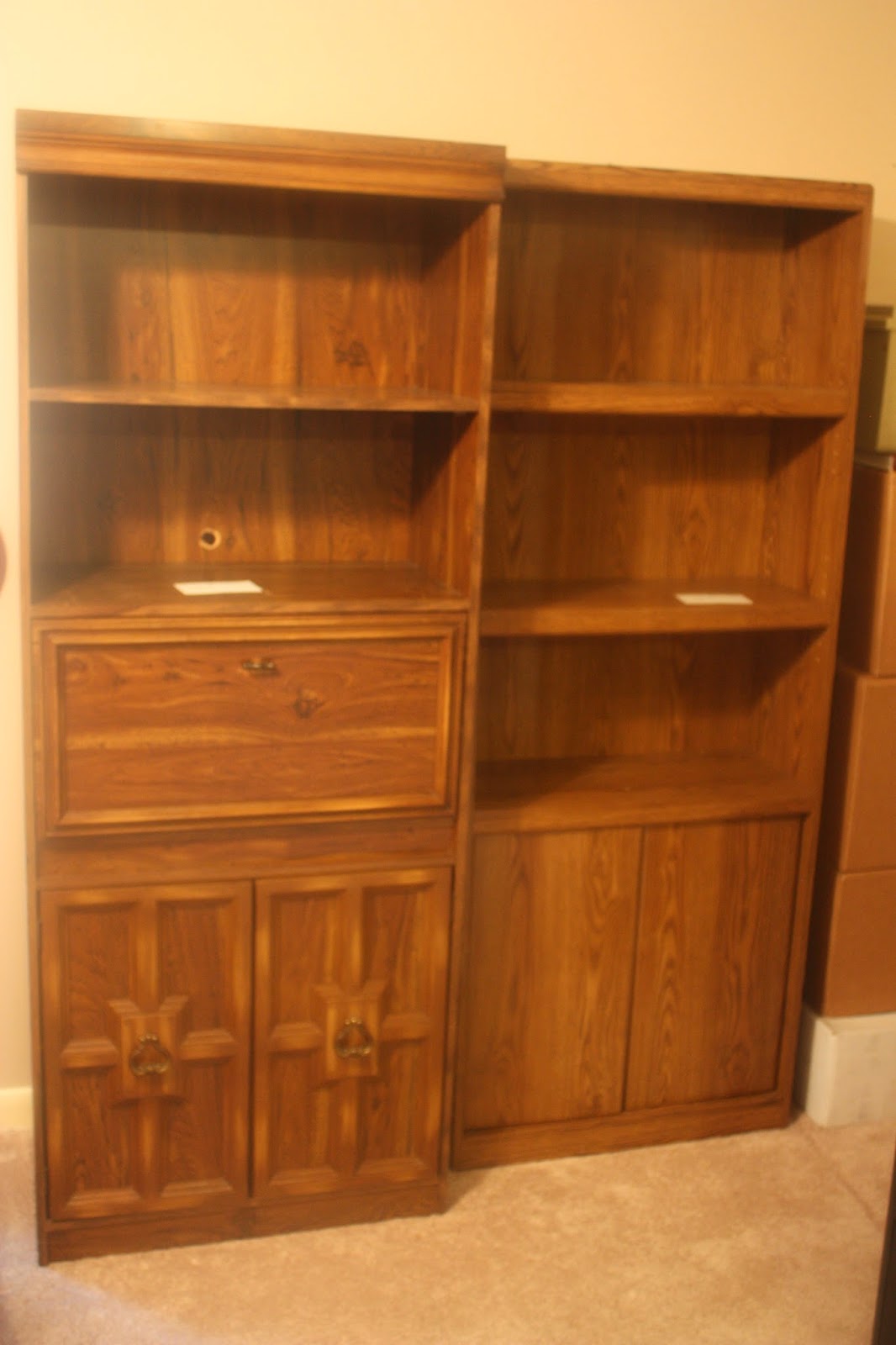 A darling family with a little boy and another one on the way snapped up this chest of drawers and matching dresser from Craigslist. 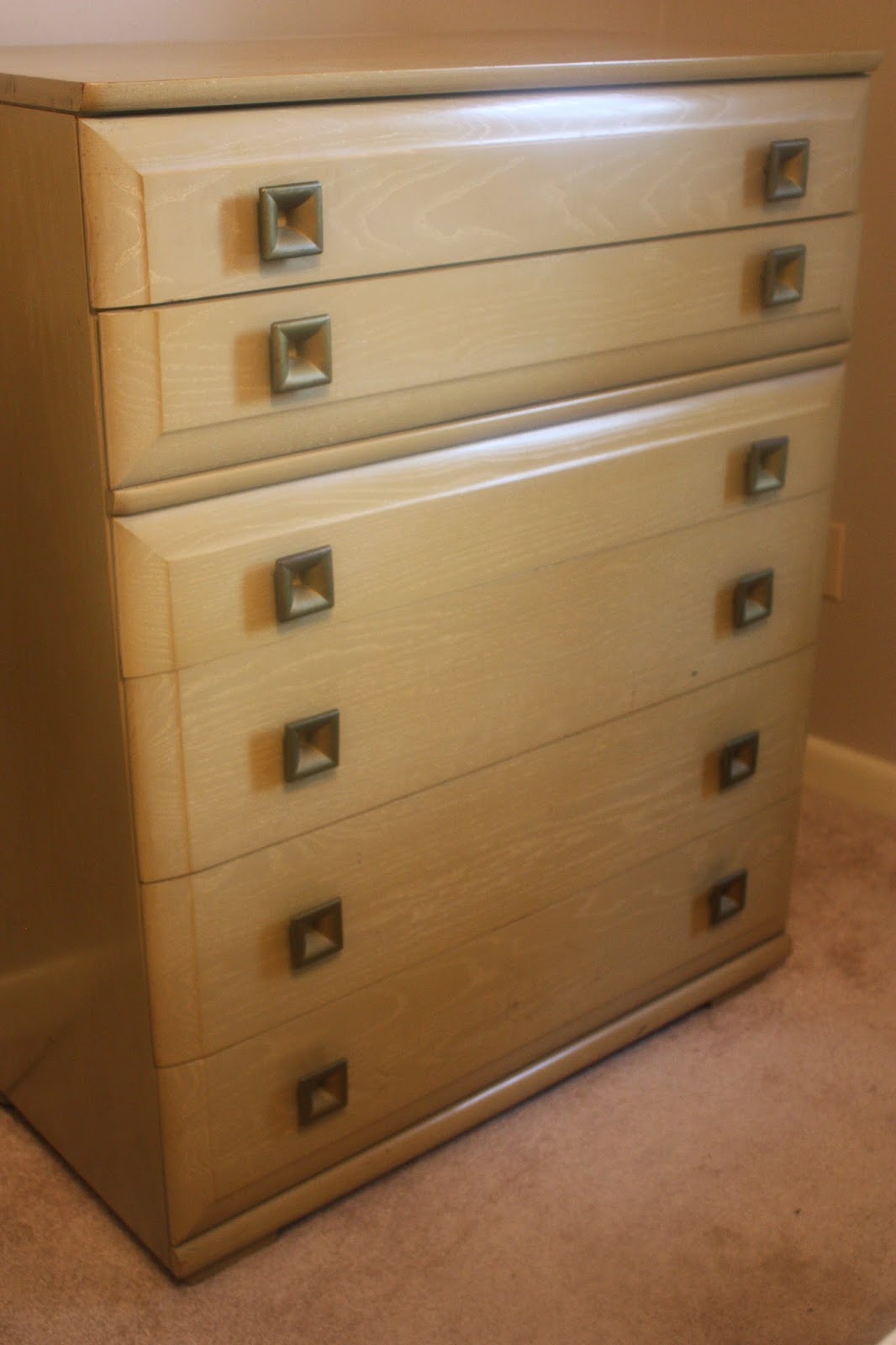 I was tempted to keep this retro set and stain it espresso.Those funky square knobs were really cool. 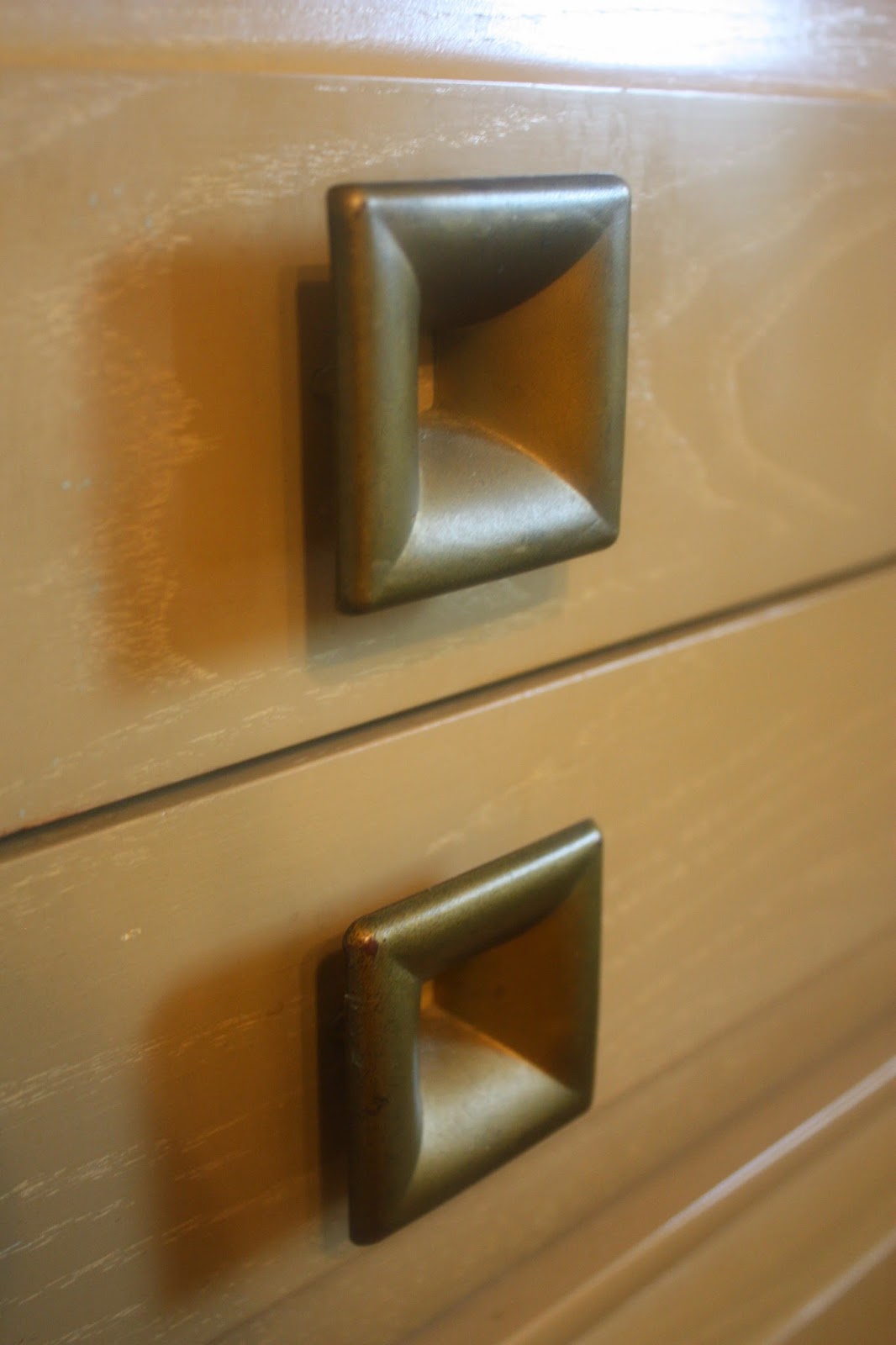 Saturday was my son's birthday so getting to help people load things was his present. I know. We are awesome parents. He also had some stuff to sell he'd scored big on at an estate sale, so he was pretty happy.

So now I'm waiting for my husband to sort out his mother's important papers and pictures, while I scour Pinterest for ideas for a guest cottage. But the other day he said "Hey I could move my games and stuff over there."

Let the man cave vs. guest cottage battle begin.
Posted by Michelle @Pen and Hive at 7:35 AM