Why Legos are Still My Favorite Toy 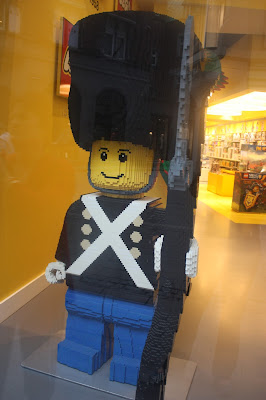 I was in Denmark this summer and Legos were everywhere. Entire stores for just one kind of toy?

Legos kind of defined my son's childhood so they hold a special place in my Christmas heart.

I once sold a bedroom suit that was in our then guestroom (now office) so that it could be completely empty except for thousands of Legos; we spent hours and hours there.

That sounds extreme now that I see it written out like that. 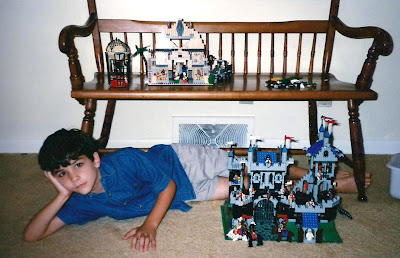 Now that he's 25 my son and I both still drool over the new sets that come out. We are especially fond of the Star Wars and Indiana Jones ones. For some reason, my daughter thinks this makes us extremely nerdy (I don't think a woman who keeps 4 color-coded calendars should be judging anyone).

Sometimes in Target we wander over to the toy aisle. We both pretend we are lost and then say something clever to hide our true intention like "How did we end up here? Oh, look at that one. I wish they'd had that when...."

At that point, our sadness overwhelms us and we go to electronics.

Electronics is the socially acceptable department for a mother and grown son to be in.

Christmas is especially hard on us...so many toy ads...

I think they are, quite simply, the best toy ever made.

Once when my son was young I heard a mother say "I don't let them have Legos. I don't want to have to pick up all those tiny pieces."

I'm sure this constitutes child abuse. DHS should have an entire department to deal with it. Her child has doubtless suffered irreparable spatial ability damage. I hope she's happy.

A couple of years ago when the Lego Movie came out we went on one of the first nights. The theater was packed and my son's feeling of awkwardness was assuaged when the place was packed with twenty-somethings. Including four guys next to us who looked like the cast of Big Bang Theory.

I looked around but didn't see any other middle-aged women.  Lucky for my son I have a firm attachment to my inner child.

Christmas always makes me think about Legos and reminds me of the fun my son used to have playing with them as well as the quiet hours that meant for me.

Everything was awesome. I am currently storing thousands and thousands of them for future grandchildren.

What was your child's favorite toy? Or yours if you don't have kids!