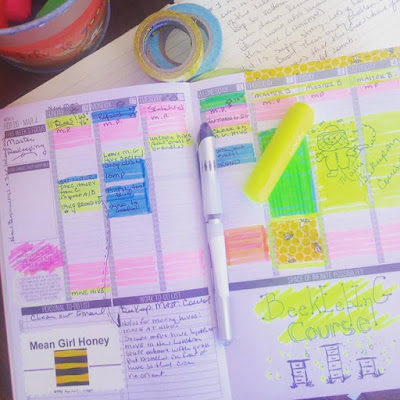 I'm the kind of person who wants predictable weather. Okay, maybe that's just everyone, but as a beekeeper having the weather work with me instead of against me would be a wonderful thing. I don't want to do hive inspections in February because the temperatures are in the 70s on a routine basis. But that's exactly what happened this year. 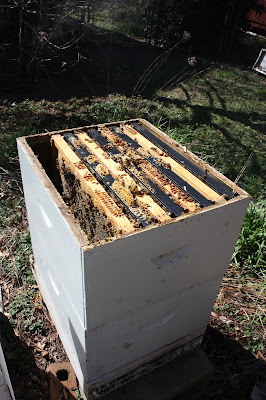 I did inspections, moved a hive, even added honey supers to a couple of hives. Now it's the middle of March and this week we are having nights below freezing and the possibility of snow tonight.

So this will be a quiet week in the bee yard.

I'm somewhat amused at my early beekeeping adventures. There was so much I didn't know when I started. One amusing thing is that I thought my first swarm was a bunch of Mean Girls and their queen was Regina George, just because I had to catch them 3 times.

This year I have a super defensive colony. These bees aren't just uncooperative, they are testy. They are looking to sting you long before you get close to their hive. If they'd been sitting in a field somewhere it wouldn't have mattered, but they are in my garden near a gate. We walk by it all the time and so do any workmen who have to come into the yard.

I had the extension agent come out to take a look at our apple tree and a bee chased us all the way out to the front yard. As a master gardener, you'd kind of like the county extension agent to think well of you.

You don't necessarily want to be cursing like a sailor and jumping around the front yard trying to get a bee out of your hair. 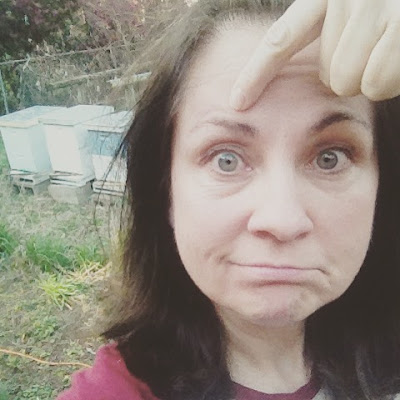 I decided to move this hive to a new location in my neighbor's yard that is far away from where people would be walking or working. At dusk on a cool night when most of the bees were inside, I went out and taped the hive closed. Around 10:00 my husband and I took flashlights and walked through our plan trying to detect any obstacles or things we hadn't thought of. Then we went home and carefully loaded the hive onto a dolly and rolled it over to its new location, gingerly placing it on the cinder blocks.

I left them taped closed the next day. On the following morning, I untaped the entrance and placed branches in front of the hive. 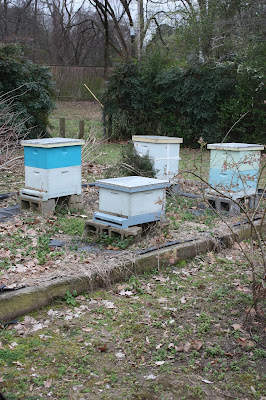 How to move a hive a short distance:

Conventional beekeeping wisdom says you can move bees 3 feet or 3 miles. If you want to move them across the bee yard, old timers would say that you had to move them 2 feet a day, or move them 5 miles away, wait a few weeks, then move them to where you actually want them.

I began to hear people at the bee meetings talk about using branches, though, so after some online confirmation, this is the method I applied. In the evening when most of the bees have returned to the hive you seal it up. I used duct tape because I have screened bottom and top boards, so I knew they'd get plenty of ventilation. You are going to leave the bees in the hive anywhere from 24 to 72 hours depending on which beekeeper you talk to. I'd had 2 days of rain before I moved them so I counted those 2 days since most of the bees hadn't been out. It would also be appropriate to move them ahead of a rainy spell, for the same reason. Bees have about a 3 day memory so after being inside so long they'll need to reorient.

When you are moving bees at night, make sure you are fully covered and that openings in clothing or around boots and gloves are taped shut. Bees crawl and night and are very angry about being disturbed. I thought out my plan carefully but took every precaution in case something went wrong, like the boxes shifting and coming apart or us dropping them. Everything went according to plan and the whole move took about 15 minutes. But be prepared for the worst case scenario! 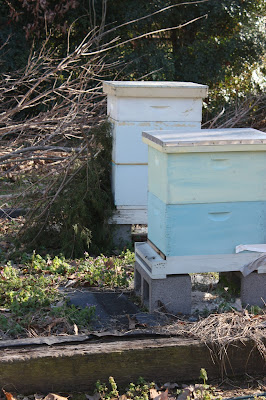 After the sequestration period unseal the hive and place branches in front of the entrance. When the bees come out the ancient part of their bee brains that lived in trees for thousands of years reasons that their tree has fallen. They climb out through the branches and reorient in front of their new location. 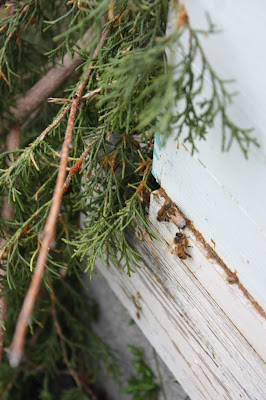 Bees navigate by landmarks so the branches are a big help to them.

That's it! I did this earlier this week and the bees have adjusted very well. They won't be any less angry but they are less likely to bother anyone in their new home until I can requeen.

Just so anyone who saw this hive was clear on the situation, I slapped a sticker on it. 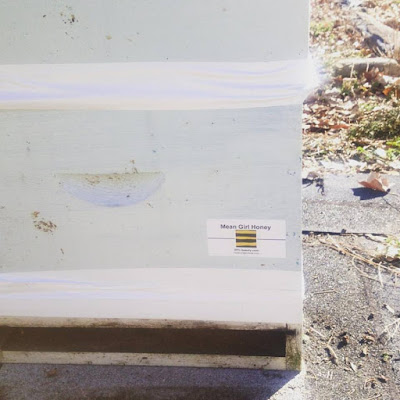 Please note that these are my personal experiences with beekeeping and for expert information please consult your local extension office or state apiary website.