Losing It All: How I Dealt with My Worst Computer Mishap Ever 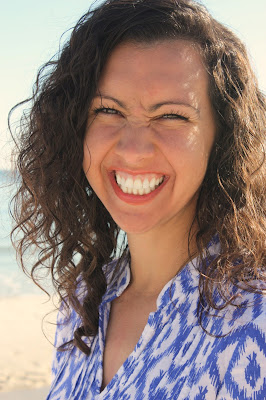 Wednesday was a day of sick panic and tears. In trying to find the book I started on One Drive a few years ago,I downloaded Microsoft Office which apparently updated my computer with the latest version of Windows. When my computer restarted everything was gone. Documents, files, bookmarks, helpful apps, photos. Gone. I tried looking around. Nothing.  I mean, I know technically it's all still in there somewhere.

It's at such times you can comfort yourself with all the times you've seen the FBI wheeling some guy's computer out along with boxes of files.

You know how this goes, right? The longer I couldn't find them and the more hopeless it seemed, the more beautiful and perfect the photos were. I was distraught. I Googled. I called a tech savvy friend.He asked if they could still be on the memory card of my camera but I told him I have a habit of erasing photos when I upload them so I don't have to buy more memory cards.

I Googled more. I cursed and imagined smashing my computer with a hammer. Why are some of our initial reactions in so many situations to make things worse? I changed way more stuff in my computer than makes me comfortable. I broke out in a cold sweat. I cried some more. I went to see The Shack. Which of course made me cry, but in a good way. Came home got back at it. Finally about 6:00 in the evening I did what I should have done first.

I looked for a video on You Tube.

In the very first one I watched, the guy mentioned a free program called Recuva. My friend had mentioned that on the phone, but my brain had shut down at "download." A download was how I got here in the first place. But here was another person saying it was the thing to do. Just for confirmation I checked a few more videos. Yep. There was consensus.

I downloaded the program and within 5 minutes had found every photo I had ever taken. Thousands. Many I had deleted years ago and forgotten about. All there, hidden deep in the bowels of my hard drive. Everything.

Except the most recent ones I had uploaded. The treasures I was looking for.

But now I had hope. More importantly, I knew there was a way and that I could figure it out. I felt empowered.

I gave up for the night and went to bed. I do my best thinking in the morning and often figure problems out over night.

First thing the next morning, I went back to Recuva again. I looked over my options. The first time I had chosen to recover photos. As I looked again I saw an option for a memory card. I ticked the circle.

I grabbed the memory card and inserted it. I clicked recover. I held my breath.

I yelled out to let my husband know I had found them and he could talk to me again. Let's just say I'm surly under stress. I exhaled. I said a prayer of thankfulness.

I really didn't want to call a woman whose nickname is Bossy and tell her I lost the photos she planned to use for an upcoming event. Surly under stress runs in the family.

You might want to bookmark the Recuva app for future reference! In case you missed the link in the story here it is again: https://www.piriform.com/recuva