How to Create a Sign With Faux Hand Chalk Lettering 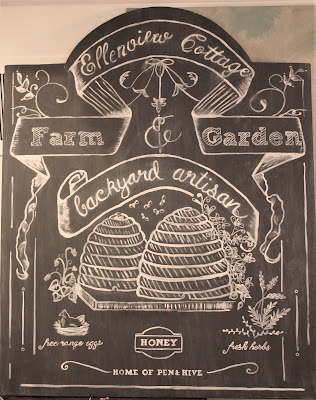 A few weeks ago I lucked upon a piece of wood that looked to have been cut out for a sign but was never used. I picked it up for a dollar at a yard sale. It's been sitting around in my studio waiting for the right project. 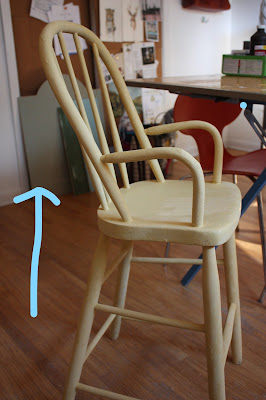 Recently I ran across some pictures I had pinned months ago. They were farm scenes/signs that looked like they were done in chalk. BAM! There was my inspiration for my next project.

But first--what kind of finish for the sign?  In a recent workshop on Annie Sloan Chalk Paint we'd used two colors of paint to create an effect that looked very much like zinc. I had been dying to use it on something. This sign would be perfect! 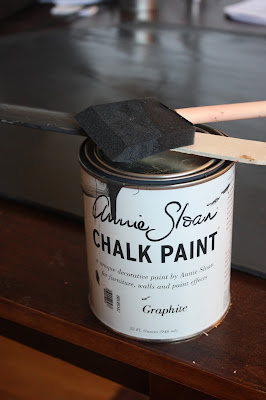 I used two layers of Annie Sloan's Graphite. And let me clear something up, chalk paint is NOT the same thing as chalkboard paint. Though this particular project is creating no end of confusion, I'm sure. You're welcome. 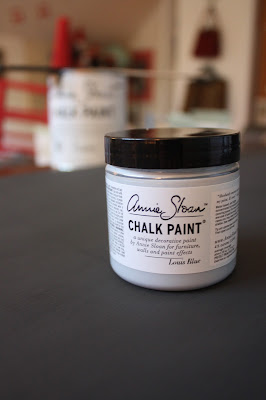 After that was dry I washed on Louis Blue thinned with water and wiped it back off. 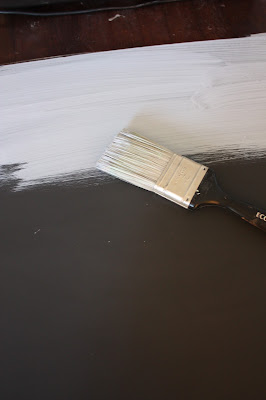 It was a simple process and the next step would be to wax it but I couldn't apply wax until after the lettering was finished. Printing out the words allows you to experiment with how to lay out your sign. 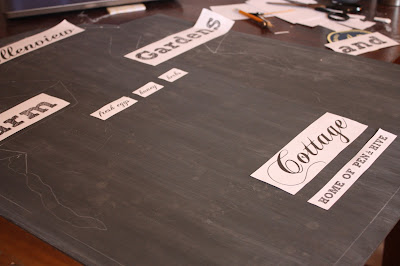 First I added some chalk marks where I knew I wanted the center and edges to be, then played around with spacing.  For the free hand parts I used a white chalk pencil like you use for sewing. For some of the lettering I printed out the text in the size I wanted and then used carbon paper, tracing around each letter with a pencil. 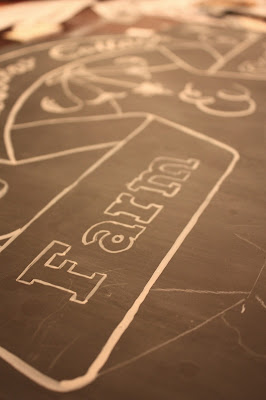 Want to have fun with Millenials? Go into an office supply store and ask for carbon paper. It's like describing pistachio ice cream to The Thing From Outer Space.

I kept referring to the original pictures for some of the details but had to find a vintage bee skep image to free hand for the main part. Once it was all laid out I was ready to paint. 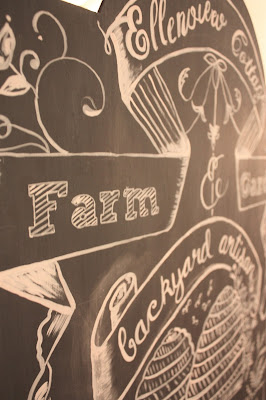 You could use chalk for this project or a chalk pen but I wanted something permanent and I thought Miss Mustard Seed's Milk Paint would be ideal for this project. Grain Sack seemed like the best choice. It looks, well...chalklike. 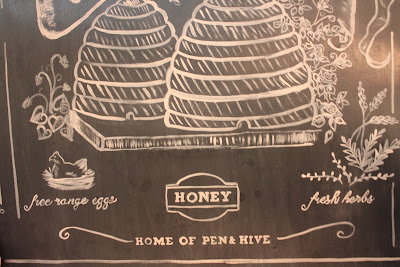 If you are doing a project like this then it's all fun and games until now. Now it's time to add the paint. Chalk is one swipe away from correction (or ruin) but once the paint is applied there's really no going back.

Because I've had a busy few days this project took me about a week. It was a lot of detail. Working from top to bottom to avoid smearing the work below I painted on MMSGS with the two smallest brushes I had. I loved this process! 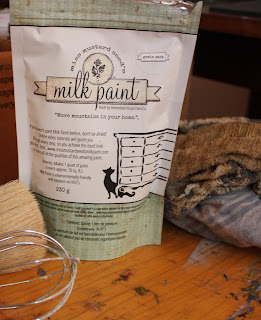 This is where you put on some series you run across but maybe aren't all that committed to. I ended up watching One Mississippi on Amazon Prime. Darkly funny. Lots of dialogue. Not a lot of action. Perfect for a project. You can't watch anything too thrilling or you end up standing around with a dried out paint brush in your hand and an unfinished project.

This project took me about 5 thirty-minute episodes. This is how you calculate time too, right?

When all your lines are painted over you can stand back and take a look. I added some extra foliage around the skeps. 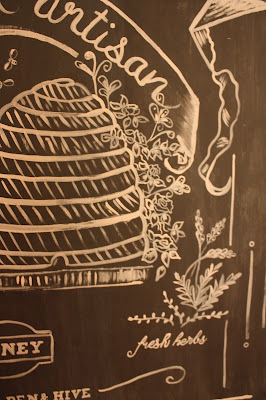 It was all a little stark and there were some heavy brush strokes in places so I did a little light sanding. 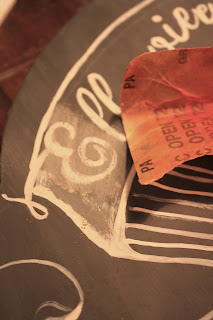 Give it a quick dusting with a damp cloth to remove any chalk or mess from the sanding and it's time to wax. I applied the wax with a brush and wiped it back. If you want more of a shine wait a while and buff it to the amount of gloss you want to see. 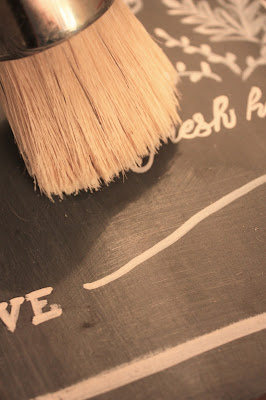 This looks like a coat of White Wax will perk it up a bit, so I'll do that and let you know how that last step turns out over on my Facebook page later in the week. 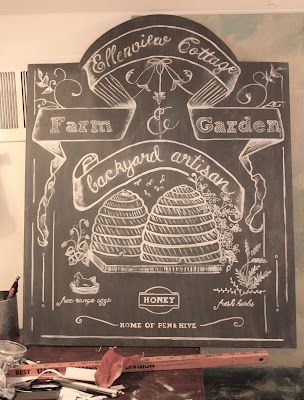 Want to give a similar project a try? Here's a materials list:

UPDATE: I tried the white wax but it detracted from the contrast of the white on dark. So here's a tip: If you aren't fully committed to your finish on anything from art to a piece of furniture, test it on a corner or other inconspicuous area first!