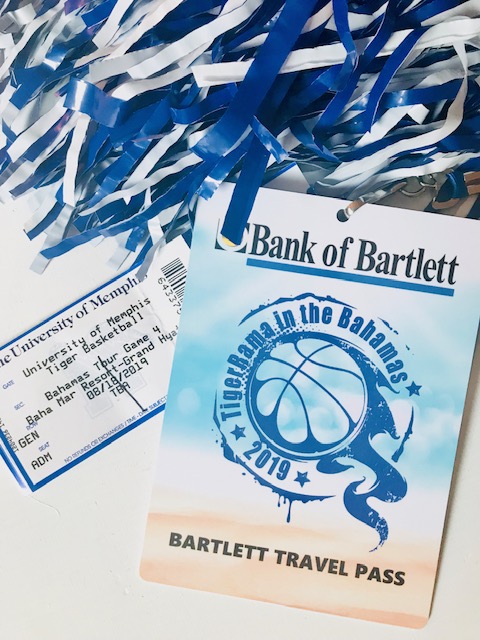 A couple of months ago my husband walked into the kitchen and said: "Do you want to go to the Bahamas?"

Lemme get my bag.

Turns out our hometown basketball team, the Memphis Tigers would be playing a four-day tournament in Nassau and The Bank of Bartlett and Bartlett Travel were getting together a travel package that included a non-stop charter flight. Everything about this trip was well organized and efficient. I highly recommend that you take one of the upcoming trips if you get the chance!

You had me at non-stop. A direct flight anywhere out of our airport is almost impossible. There was trivia on the plane and my husband knew an answer (I mean of course he did.) and won a prize for knowing the street Penny grew up on. 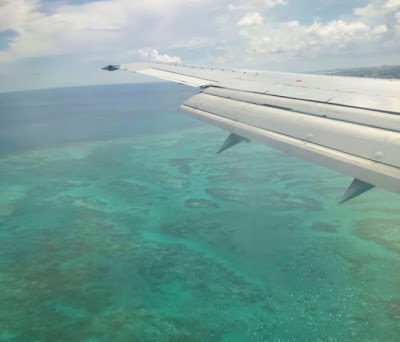 Now, I'm a casual sports fan. When I'm not distracted by all the other things to look at in an arena I'm trying to find the ball. How does anyone ever see a foul in the backcourt? Aren't you looking at the ball? Also, the backcourt is a thing, right? So when my husband asked if I wanted him to buy me my own two-hundred-dollar ticket I spent about 3 seconds weighing lying in a deck chair on the beach against going to a game. Okay, way less than 3 seconds. 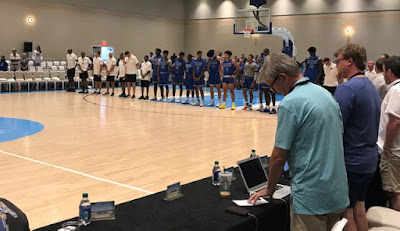 I did want to go to a game, just not all of them. Because I have enough sense to know you want to see this team play. This year, even if you aren't a sports fan in Memphis there's excitement in the air. That's what happens when you have hometown hero and NBA star, Penny Hardaway as the coach and you've got the number one recruiting class in the nation. AND you got a player that the Kentucky coach/He Whose Name Shall Not Be Spoken thought he had. Yes. Even all these years later. If he's unhappy we're already winning. Not that I hold a grudge or anything. 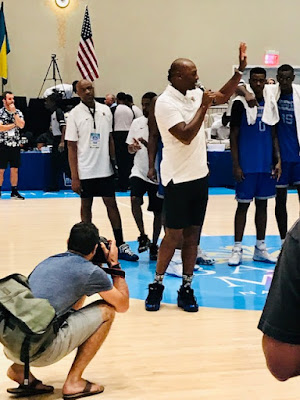 My husband was pretty much in basketball heaven on this trip. These were the best seats we are going to have all season.  He got to bend the ear of the local sportswriter, Geoff Calkins. (You can read his posts in the Daily Memphian if you want to know what happened in the actual games.) He got to chat up the coaches and players. He got to hang around with about 300 other Tiger fans and talk basketball and recruiting and strategy at a couple of private events including cocktails with Coach Hardaway and a Tiger White Out Party at the SLS Skybar.  Here we are hanging out with Coach Toppert and his wife, Brittany. 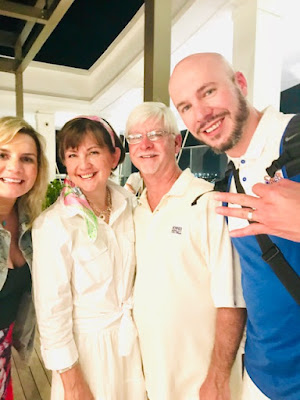 All that and paradise too. 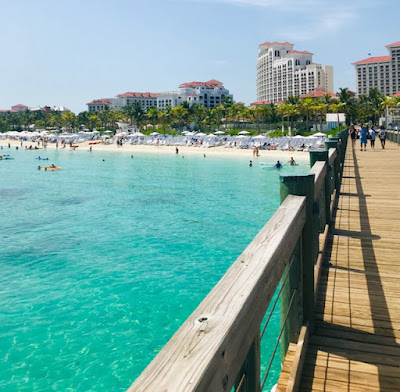 He was definitely living his best basketball fan life, but you'll notice he still had to represent football in that picture. I have to say I wasn't exactly suffering.