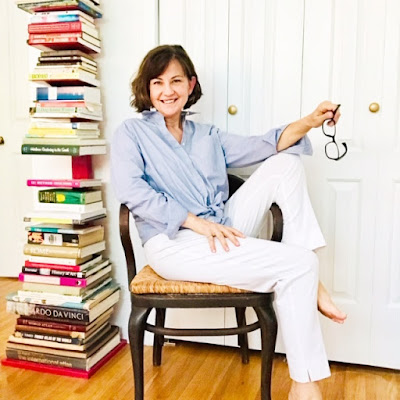 Who's up for a little furniture history lesson? I recently found a treasure. Well, technically I thought it was special all along but had never taken the time to do any research. Remember when we found the crate of milk glass in the attic of our tool shed? How We Stumbled Upon an Attic Time Capsule 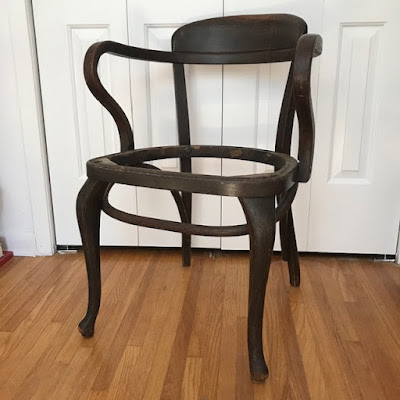 Twenty-eight years ago I saw this chair hanging on a nail in my father in law's shed and asked if I could have it. He couldn't get it down fast enough. 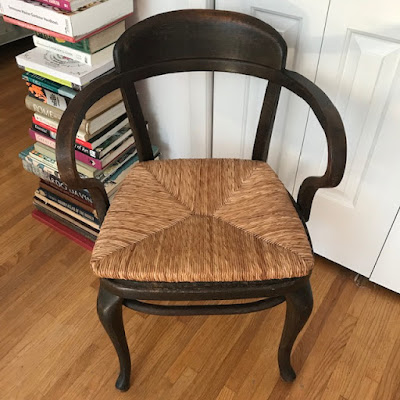 It was missing the seat but I found a rush seat bottom at Pottery Barn Outlet and it worked well enough, even though it has never been actually attached in any way. I recently moved the chair into the studio (update on this room coming up soon) and began to wonder more about it. The lines are very interesting.

The other day I turned it over to see if there were any markings. I found this label. 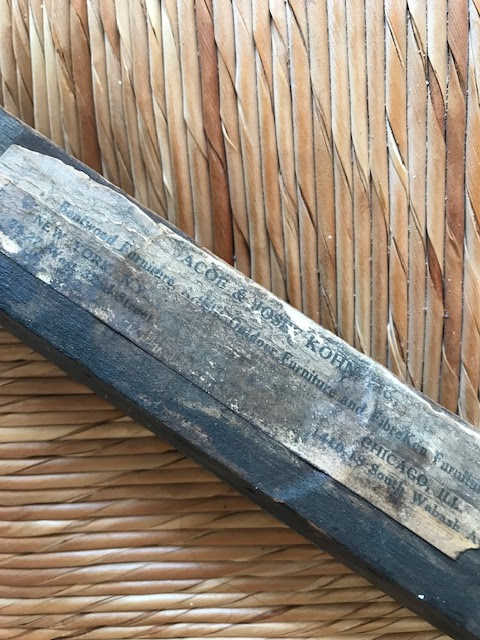 Now I'll confess to not being a furniture or antique aficionado, but hey, that's why God made the internet, right? A quick search led me to Thornton just based on the style of the chair. My chair didn't have a burn marking though. At first, I didn't pay much attention to the paper label but upon further inspection and a bit more research it did yield some clues.

I found this snippet in a forum where someone had asked about a similar chair:

In 1849 Jacob Kohn and his son, Josef, of Vienna (Wien), Austria, founded a company that made wooden parts for buildings. The company began making furniture in about 1867 and eventually established factories in several cities. The Kohns manufactured bentwood chairs similar to those made by Thonet. The Kohns’ company merged with Mundus in 1914 and the name became Kohn-Mundus, so your chairs were probably made before 1914. Kohn-Mundus merged with Thonet in 1922.

And this from the Smithsonian Libraries about the J & J Catalog: 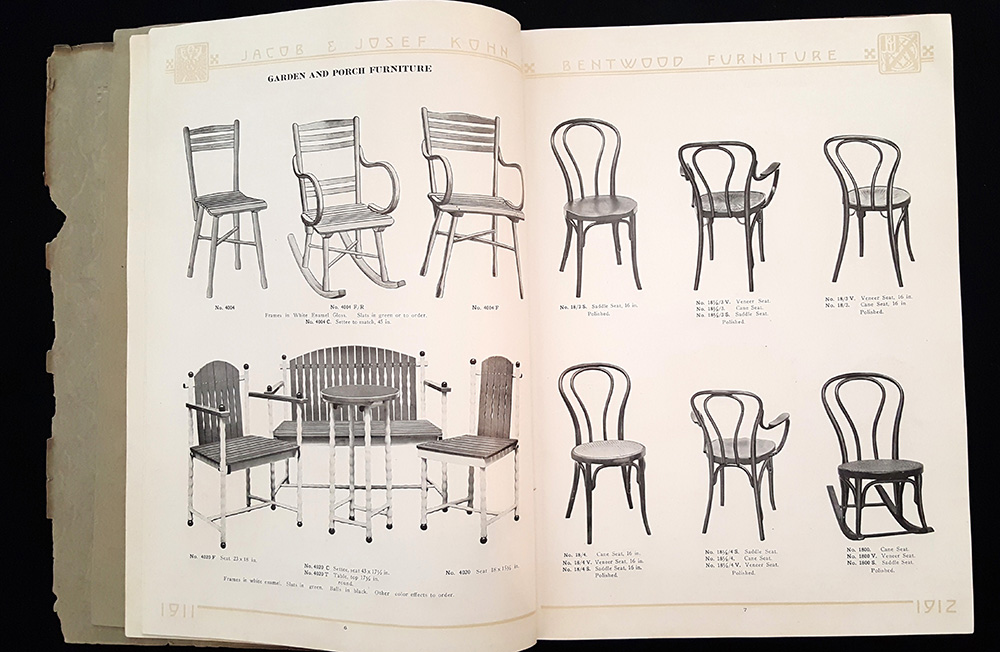 Manufacturers and Importers of “J & J Kohn Bentwood Furniture” of Vienna, Austria was founded in 1849. They had branches all over Europe and America and in Toronto, Canada, with the main office and showroom floors in New York City. They were the major competitor of Gebrüder Thonet (Thonet Brothers) in bentwood furniture production. All of their bentwood furniture was made from Austrian Beechwood that was available in many finishes and colors. They made every kind of furniture imaginable, for both indoors and outdoors: Seating furniture, tables, coat, and hat racks, plant stands, even doll’s furniture! The firm’s earlier designs were in the Art Nouveau style and at the time period of this 1911-1912 catalog, worked in collaboration with Josef Hoffman and the Wiener Werkstatte. This catalog includes 109 pages of furniture designs and 7 pages of photographs of restaurant and hotel dining rooms around the world furnished with J & J Kohn furniture. It has the original price list with specifications for all size and design options. 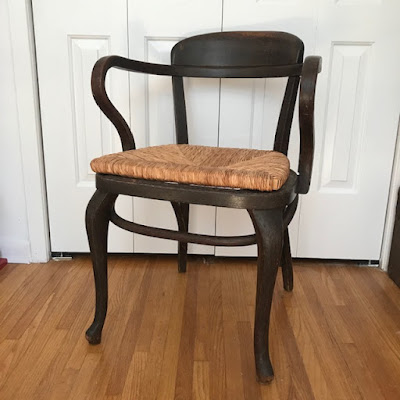 Characteristics of Art Nouveau include sinuously curving lines, sometimes in the form of whiplash curves that bend back on themselves. 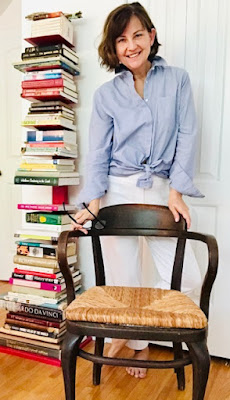 And just like that, this chair that I always thought was really cool has some historical definition and respect. While it does appear that the original chair would have had a fabric-covered seat, everything about the shape of it says it wants a cane bottom.

And this is why the project list is never finished.