How to Create the Creepiest Halloween Beekeeping Photo Ever 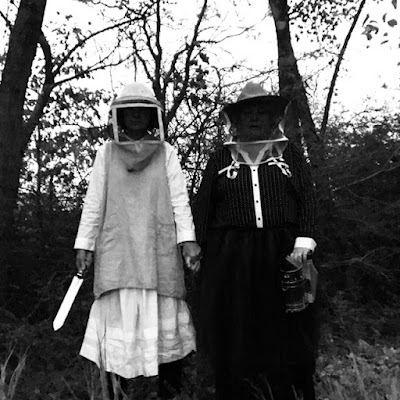 I called my friend and fellow beekeeper Debi the week before Halloween with an idea for a creepy photo.

No questions. That's how we roll.  Also, beekeepers tend to be a slightly eccentric lot. 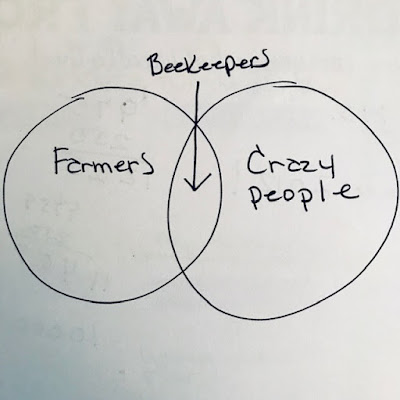 We met up where a parking lot meets a tree line and began unpacking our cars. Between us, we had two giant knives, 3 bottles of (fake) poison, a pumpkin, a kitchen stool, lighters, and 4 beekeeping veils.

I expected this parking lot to be as quiet as a tomb at dusk but a surprising number of cars were still driving around. We, of course, found this hilarious and imagined the thoughts and conversations of the drivers which made us double over with laughter looking as if the poison had taken its effect.  I placed our cameras on the stool, set the timer, and we got started. I took a test photo while my friend lit her smoker. 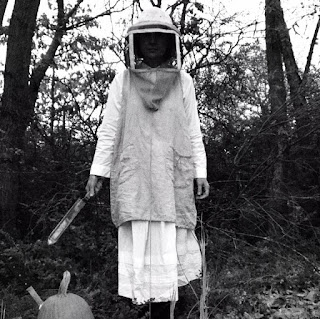 Our vision for this picture was something that looked like an eerie photo found in an old trunk in a dusty attic somewhere. Were they just two female beekeepers or crazed sisters of mayhem? 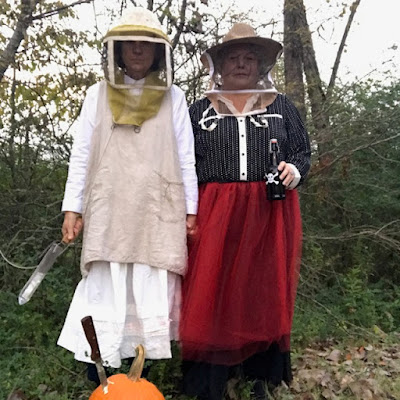 Getting the shot was pretty easy. And it looks weird but not really terrifying. For a really scary photo, you need black and white. Suddenly it looks as though we've escaped from a beekeepers asylum somewhere beyond those woods. 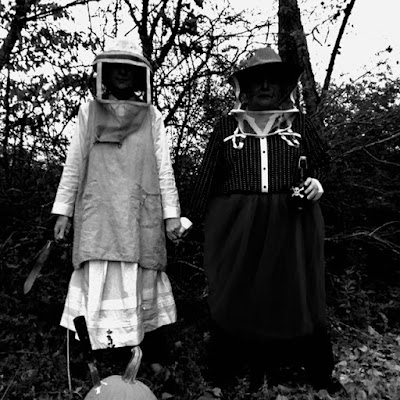 Even the trees look spookier in black and white. And what is it about holding hands that makes this haunting? We were thinking of those horrible twins at the end of the hall in The Shining.

Yes, y'all! this is how our minds work. What you can't see is that in between every shot we had to stop and laugh hysterically. Laughing and crying are the two main activities that take place when we're together. 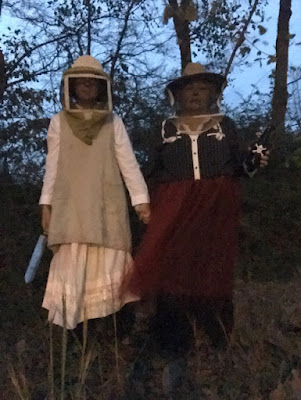 While we were out there the sun began to go down and the sky lit up showing off the trees and their remaining dead leaves. Now cars that began to drive by also would turn in a way so that their lights would shine on us. We joked about someone calling the fire department about her flaming smoker. 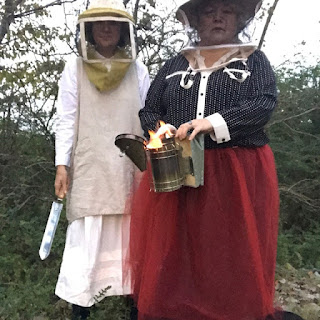 Or the police. We were both lamenting the fact that we've never been to a party where the police were called when... 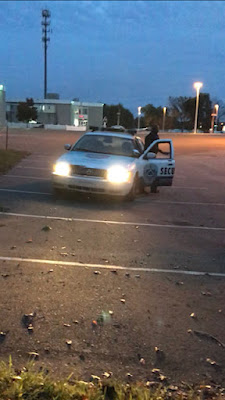 Instead of being worried we laughed even harder as we began to explain. Frankly, he looked a little afraid. There were knives and fire and bottles of poison after all. But in the end, he was simply dressed as a police officer and on his way to a Halloween party. He was stopping to ask us for directions.

But we couldn't resist asking him to do us a little favor before heading off to his evening's frivolities. 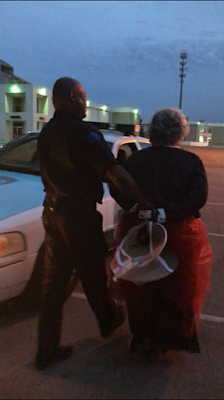 He was happy to oblige.

As we began to wind up our fun little photoshoot and discuss how much fun we can have for free I took off my veil and snapped one last photo. 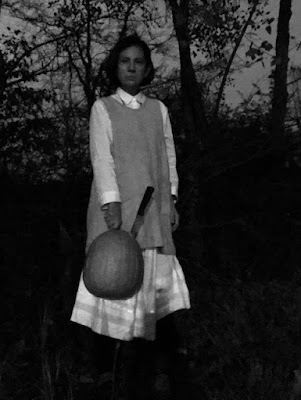