A Fresh Start for 2 Incredibly Cool Pieces of Furniture 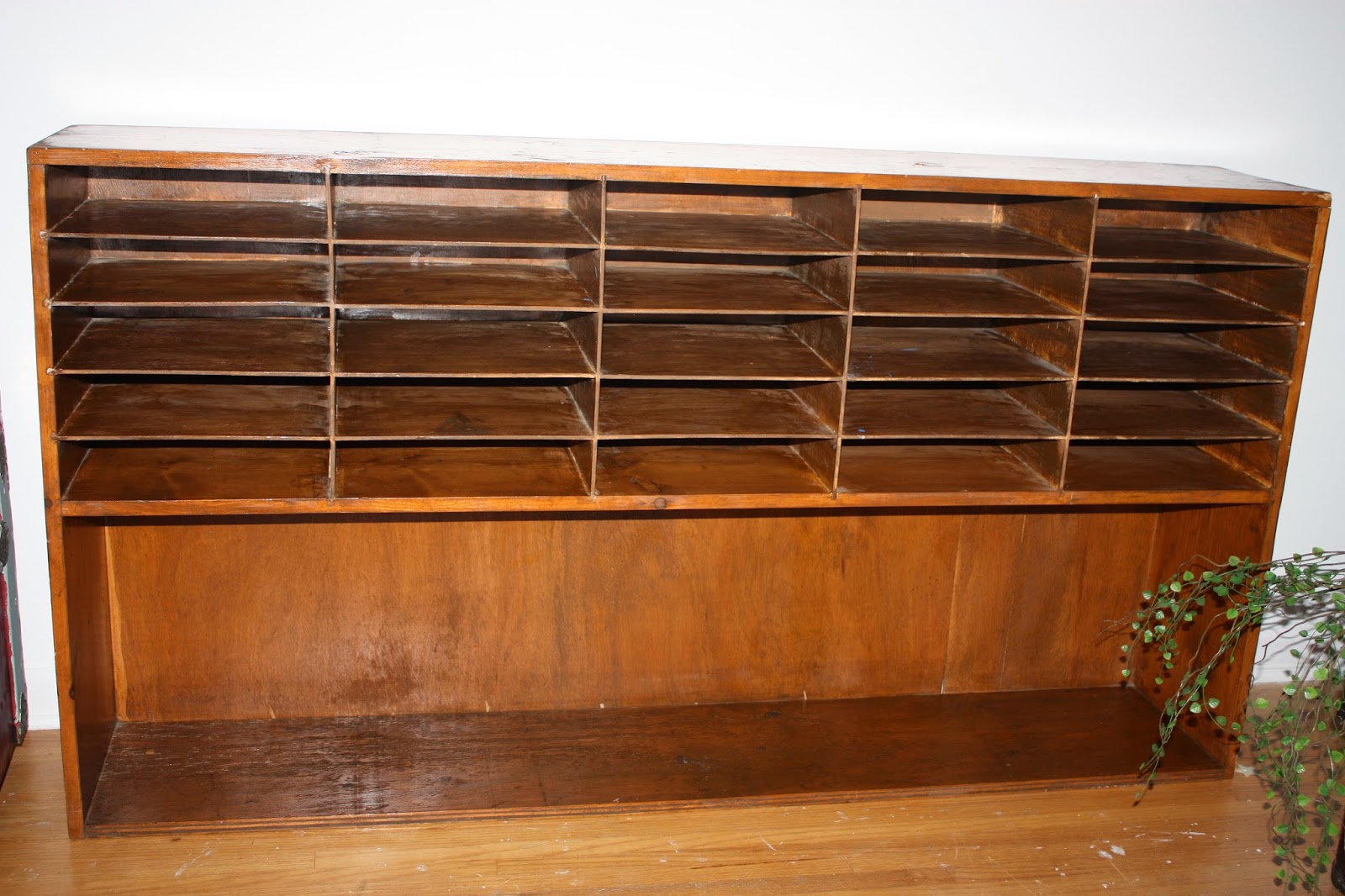 Last fall I scored two awesome pieces from a local thrift store. A wall of cubby hole shelves that probably came from an elementary school and a cart from a commercial kitchen. I paid $15.00 bucks a piece for them! 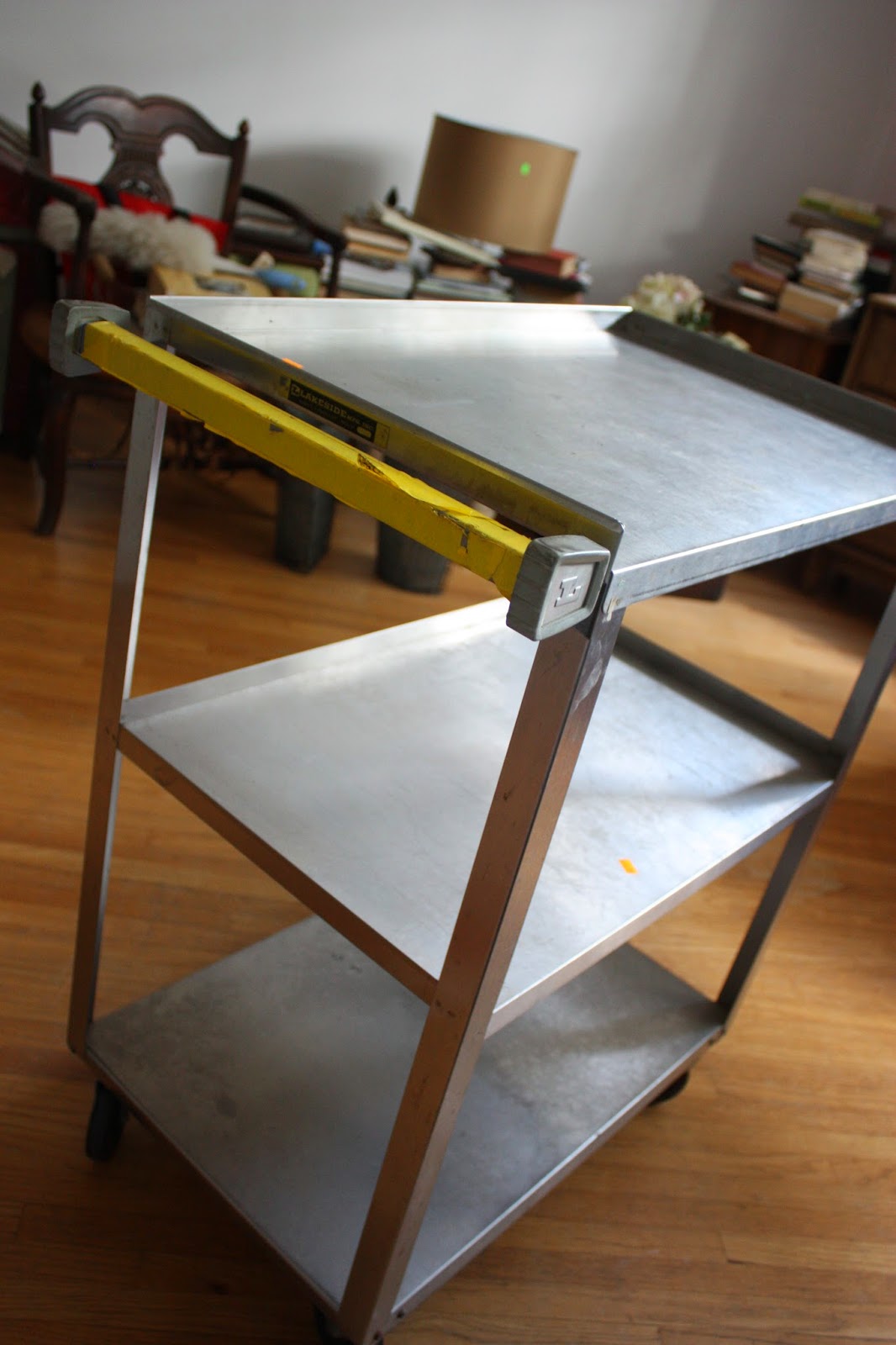 I took the next 2 pictures because I was just about to get around to showing you how my writer's loft/craft room turned out.  The first is the sitting area on one side of the room and the one below it is my blogging and craft space. Remember how bad it was when I started? See it here. I'd done a lot of work and was pretty happy with it. It turned out to be where everyone in my family ended up when they came over. 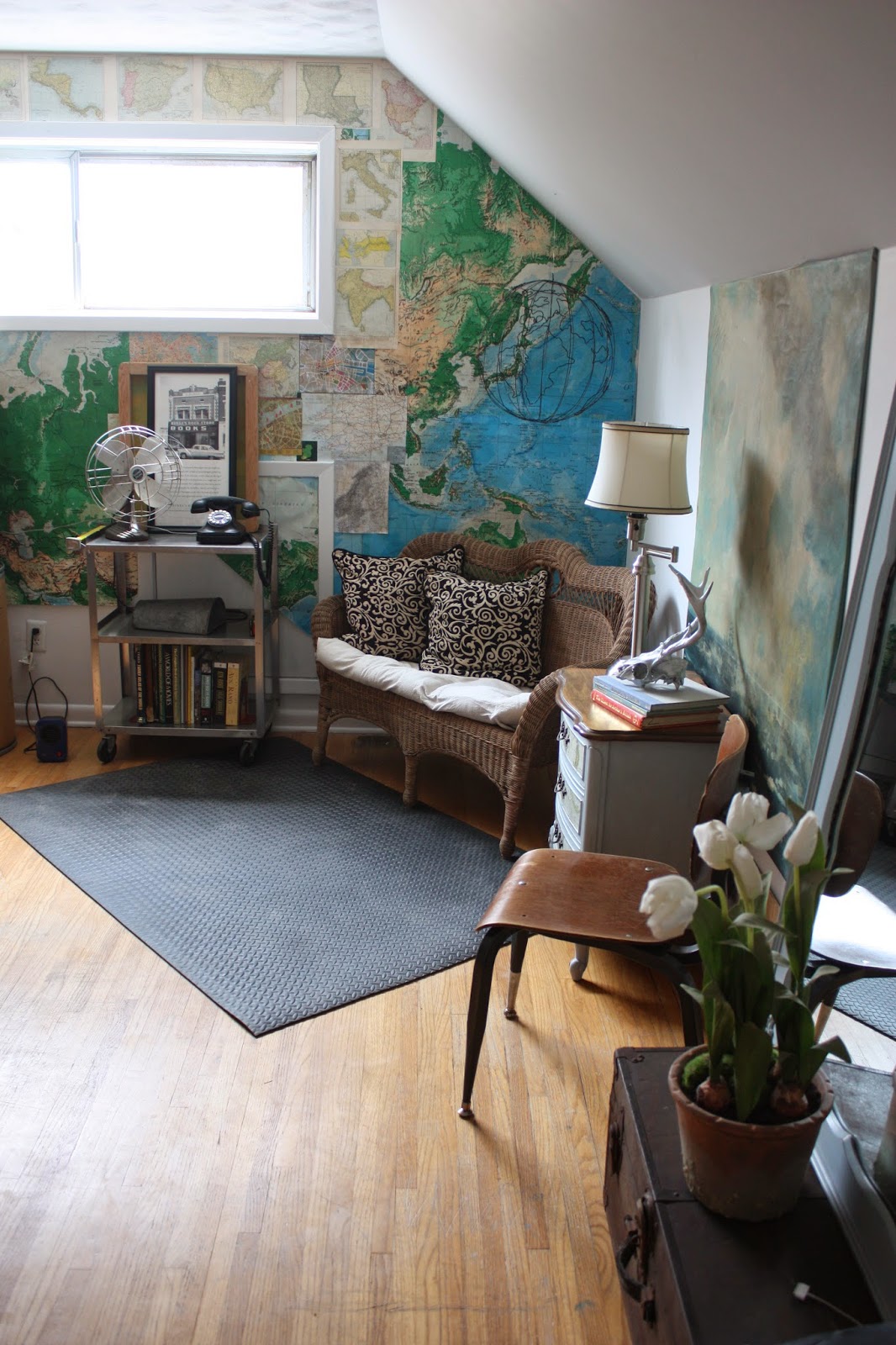 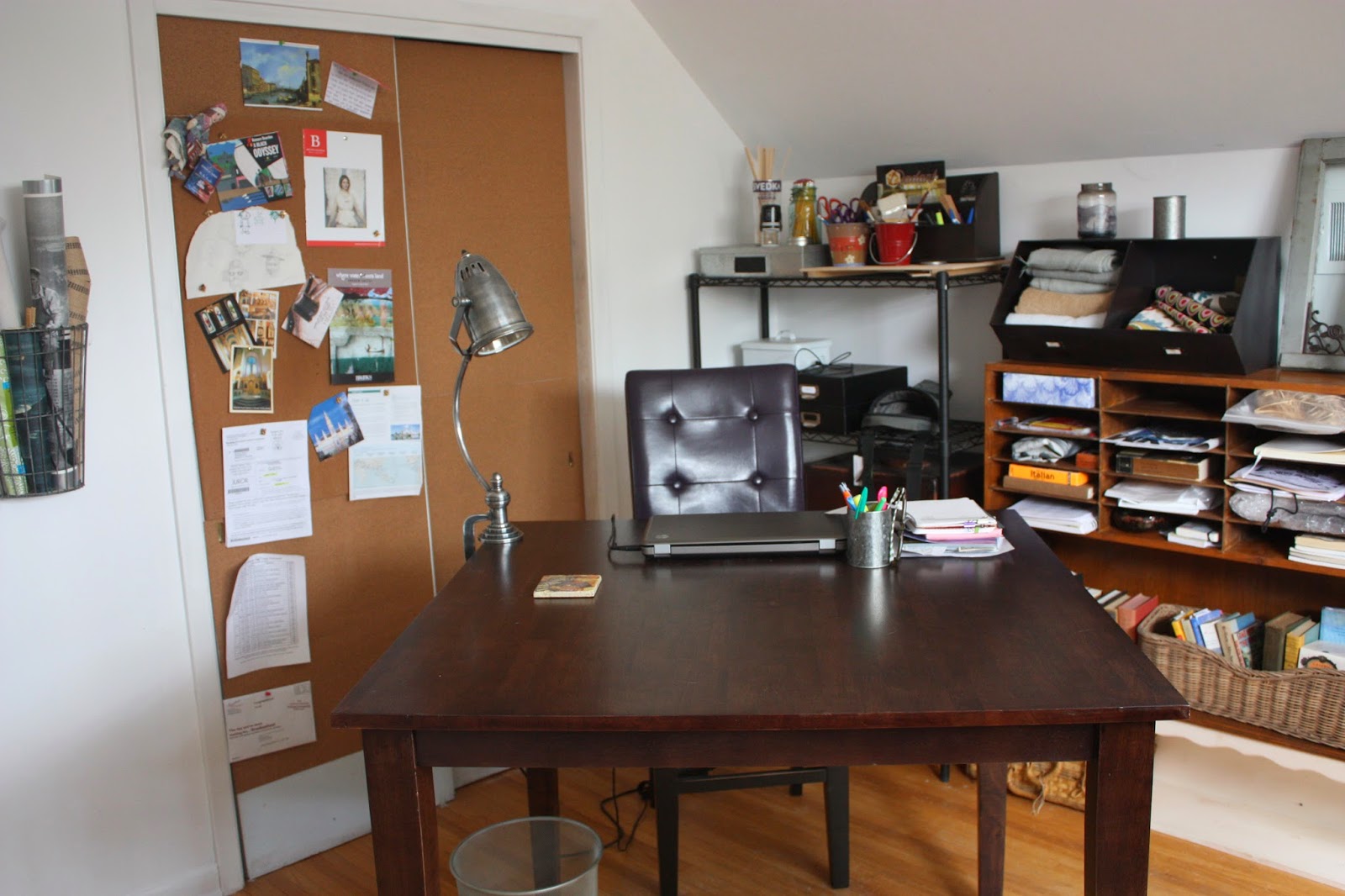 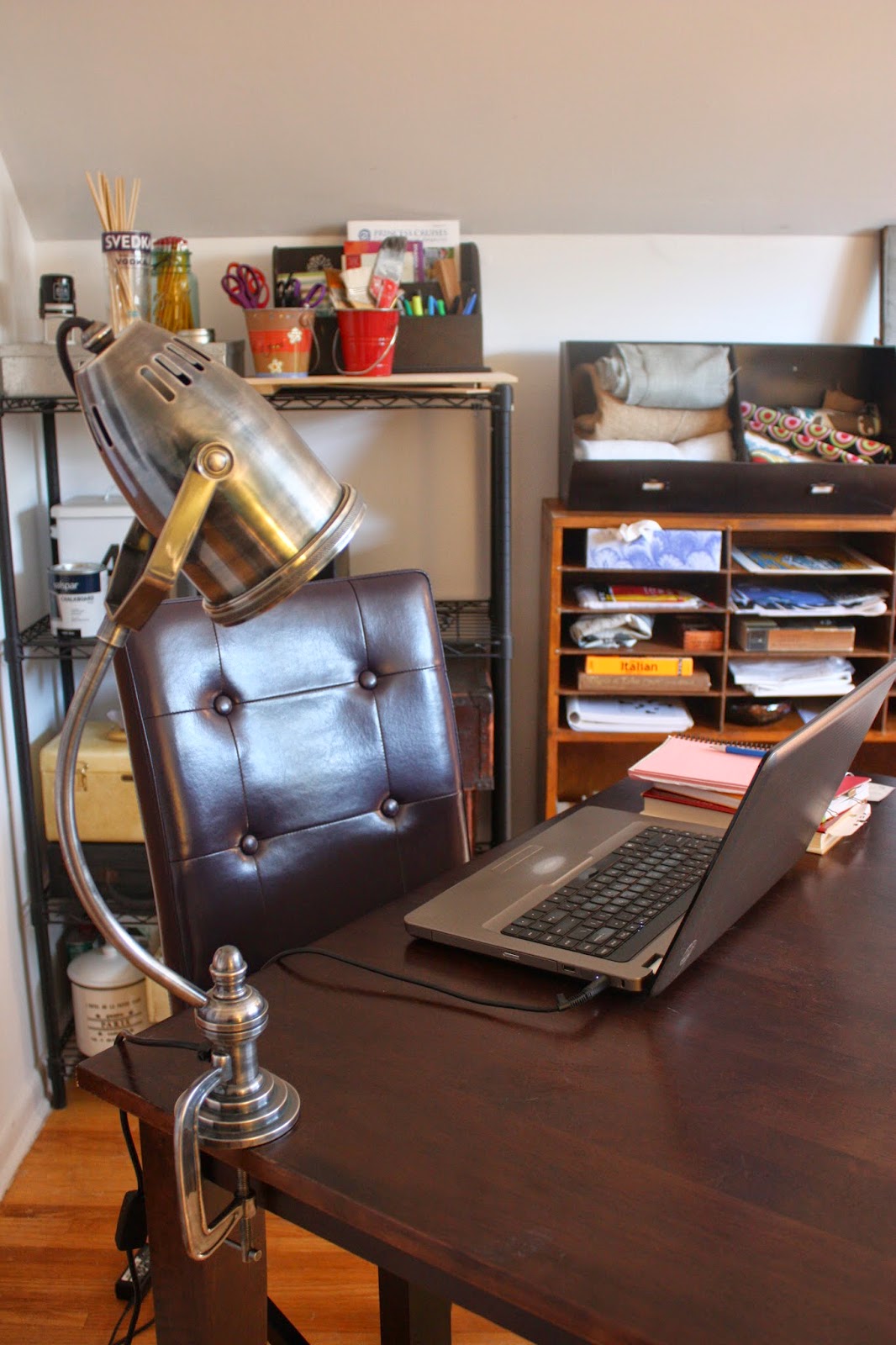 I wanted to do my writer's loft/craft room in industrial chic. I gave it a pretty good shot collecting the appropriate items, but sometimes you have to admit that your house wants to be something else. 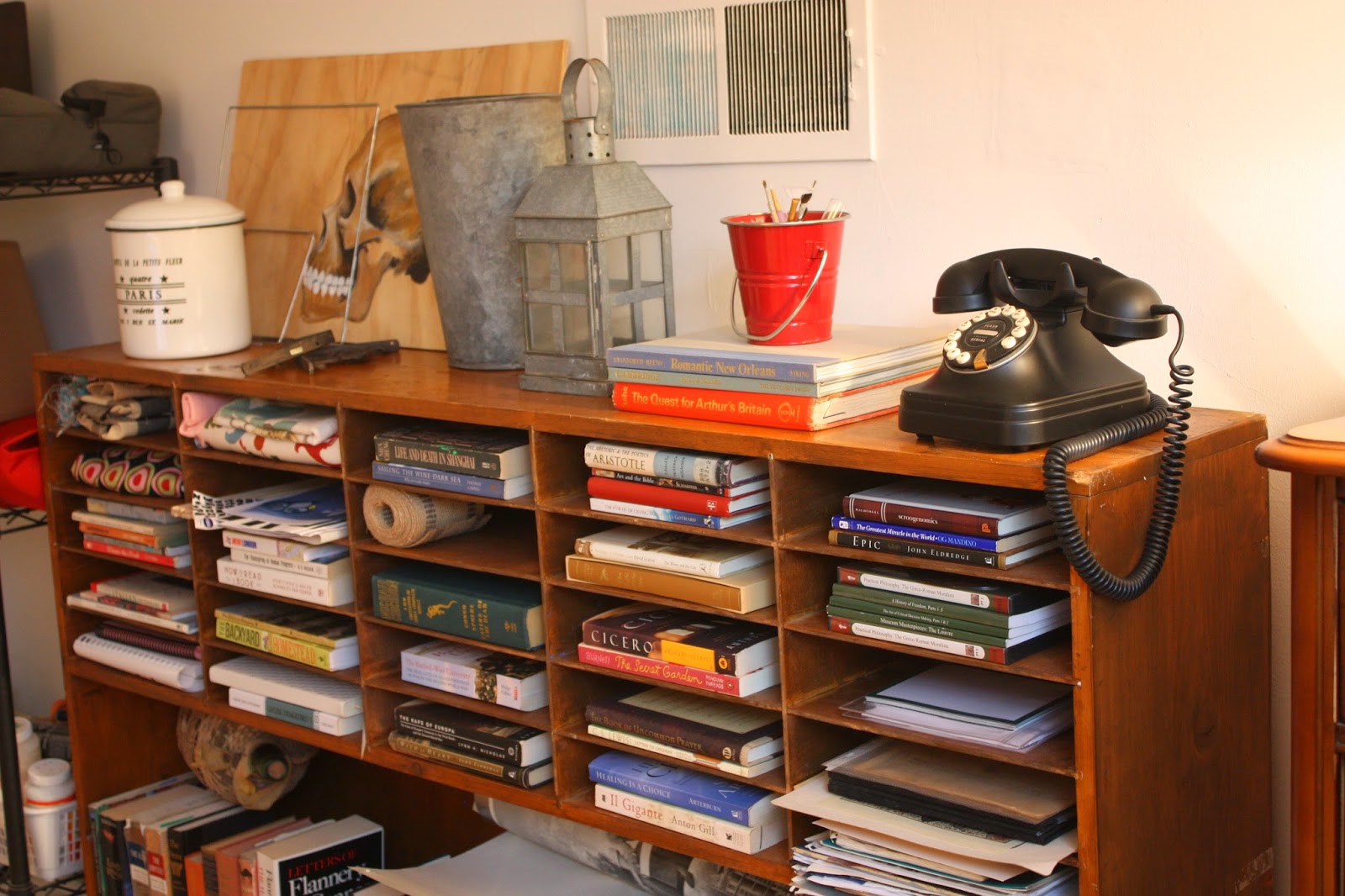 Galvanized metal didn't look at home here. It would take a decorator far more talented than me to make a two story 1960's Colonial into a Parisian industrial loft. 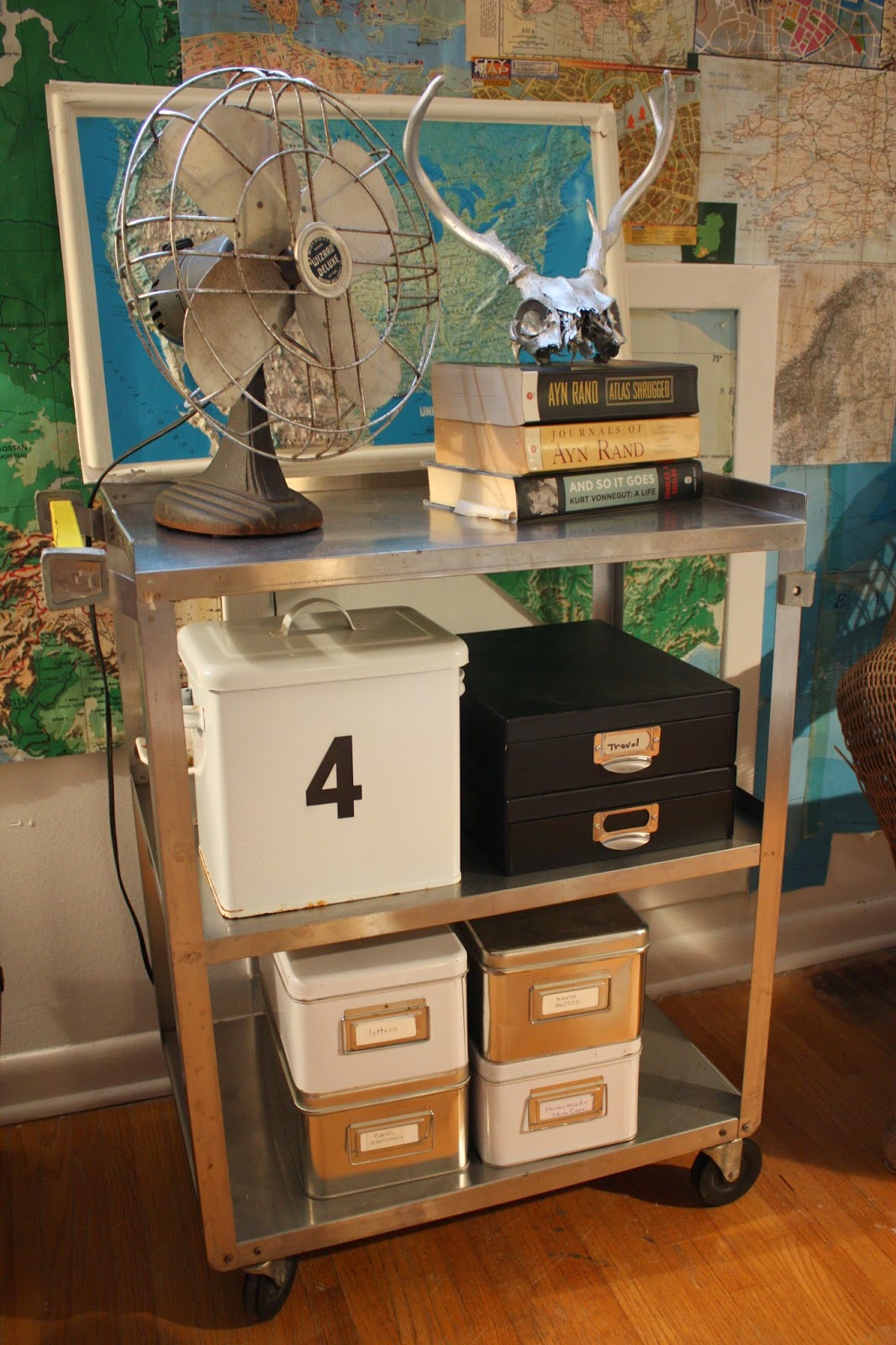 This house calls for layers of things. Color.  Lived in. Collected over time.

I'm a firm believer that the decorating universe often has stars aligning at thrift stores and real estate offices. So just as I was ready to part with some of the coolest stuff I've ever found, my daughter and son in law moved into a loft downtown. Gallery walls. Exposed pipes. Beams. 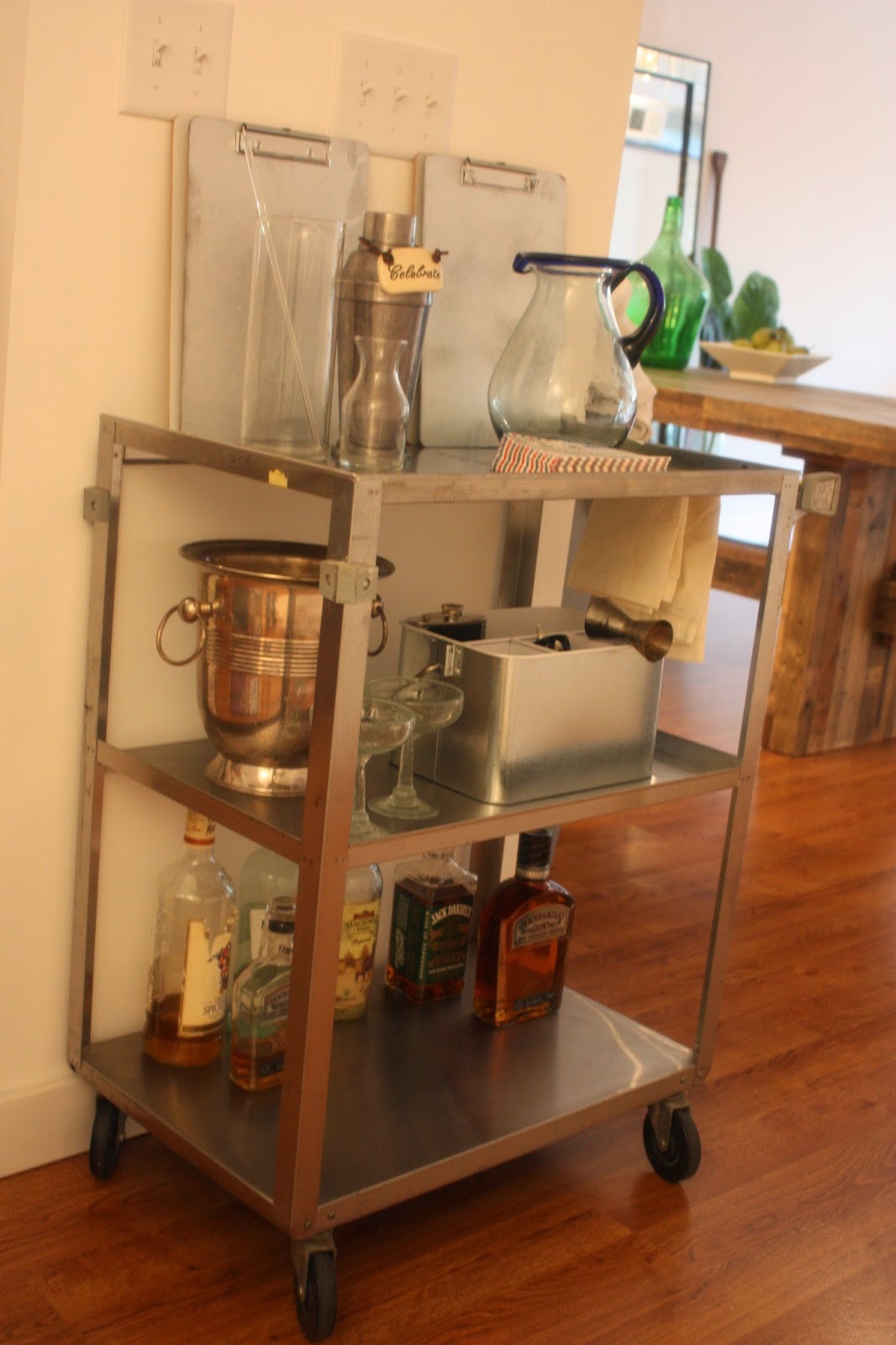 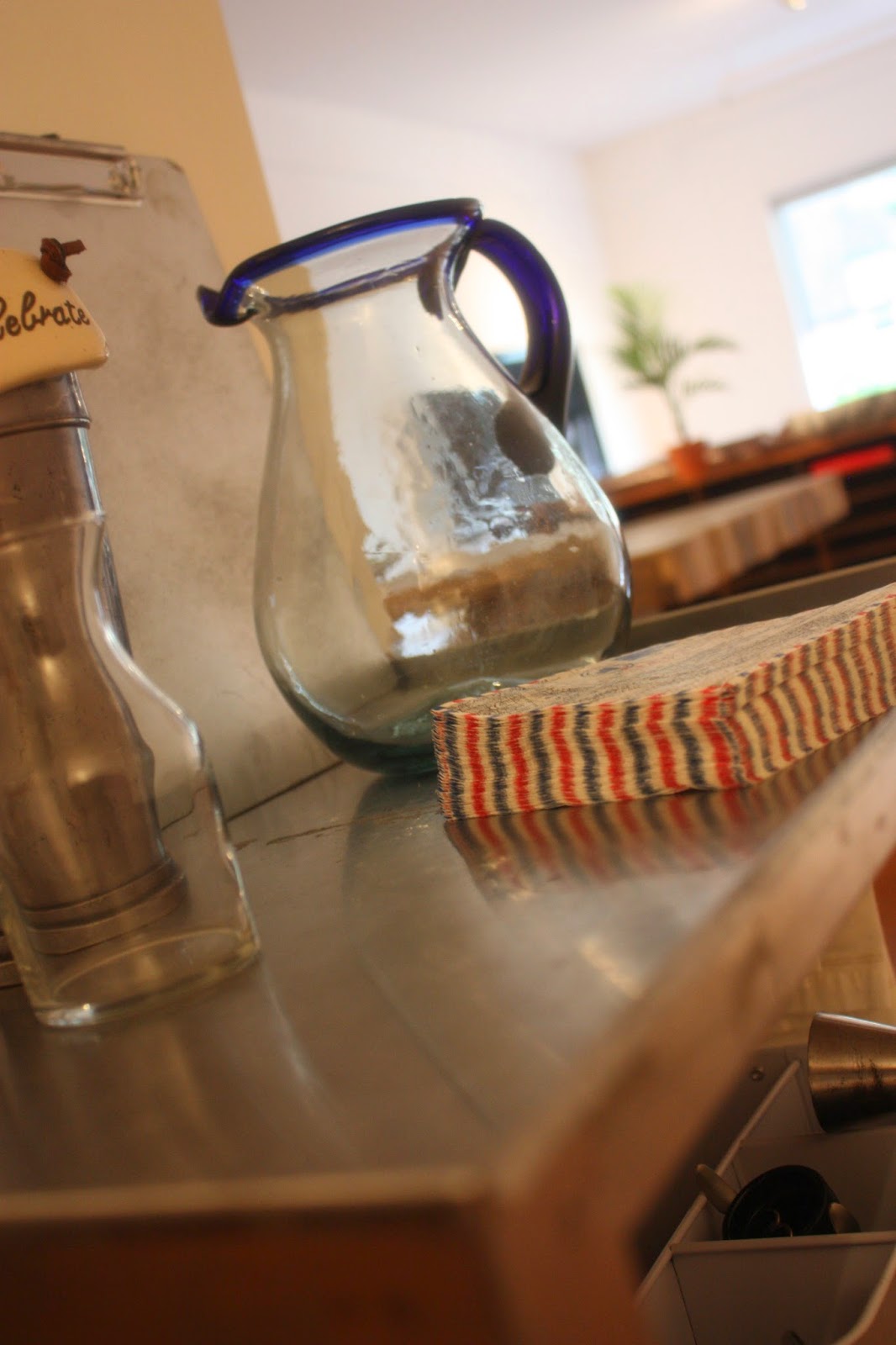 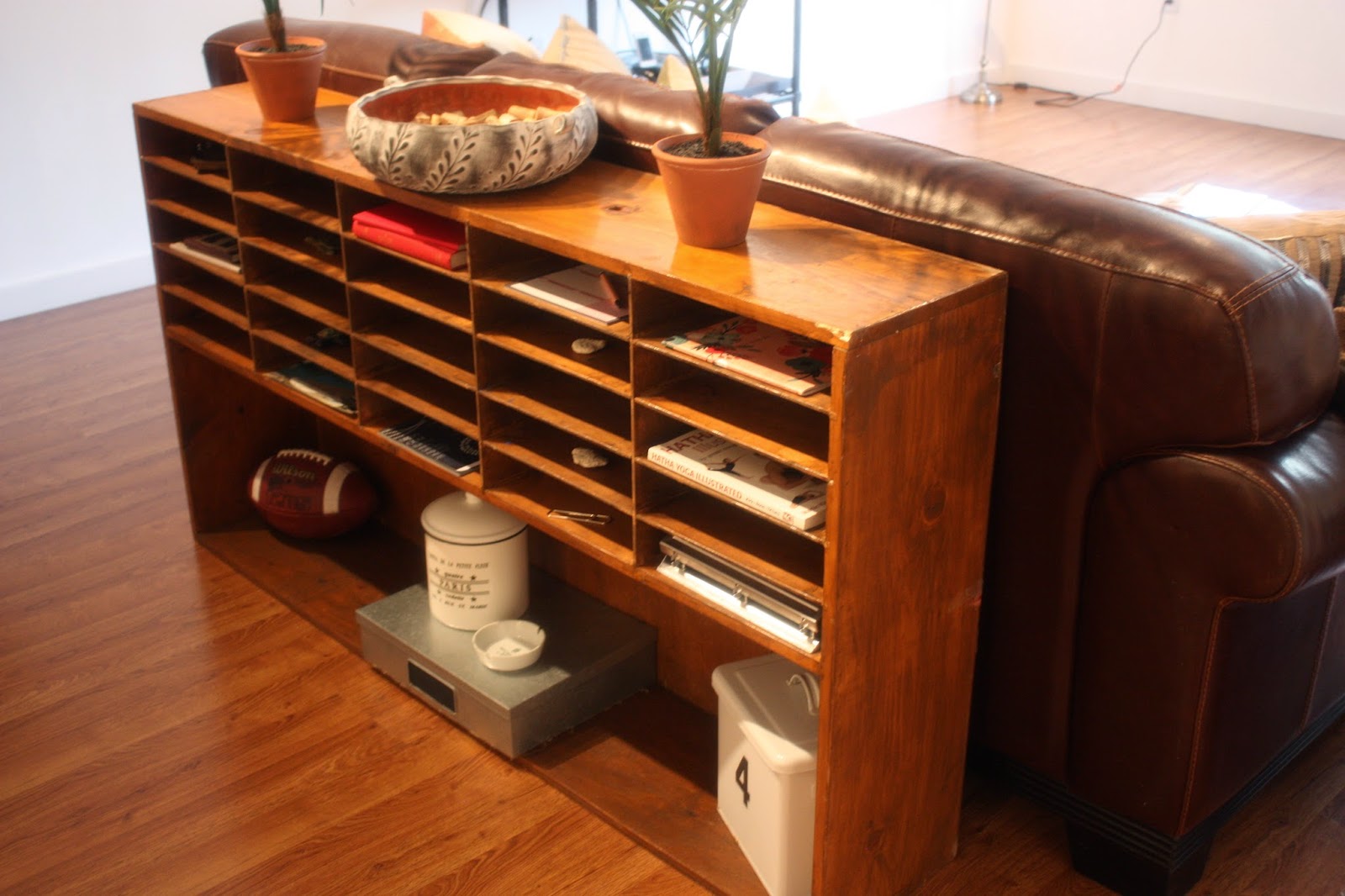 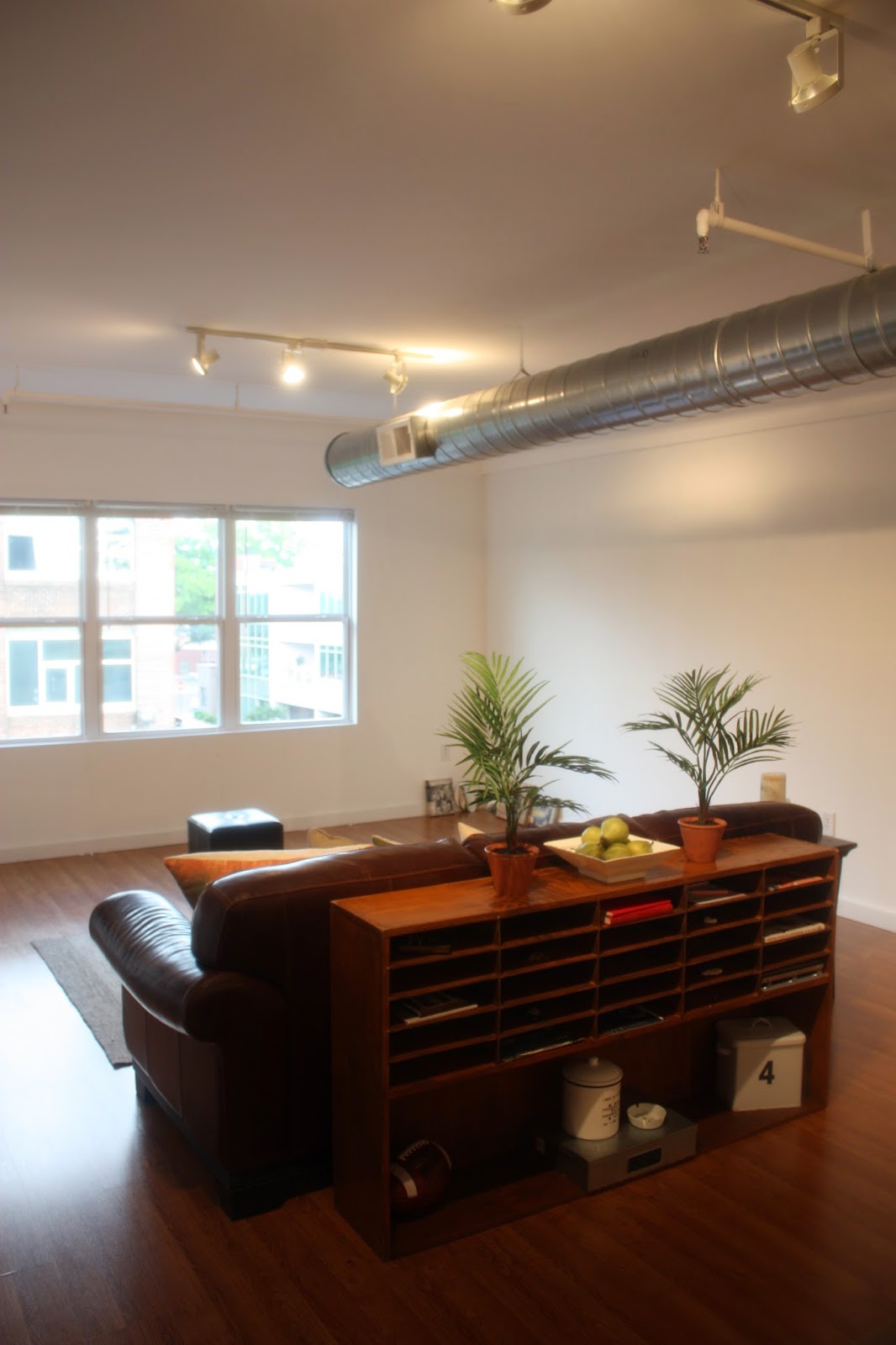 They've only been there a week and are having a blast in their awesome new space. We are having fun visiting them and walking around in one of the hottest neighborhoods in Memphis. As you can see the loft is a work in progress.

I love a work in progress.

Which of course everything is anyway. We'll be sharing lots more about this space, finds, and projects soon.

And what happened to my studio when things got disrupted? That's coming up in Thursday's post!