How to Propagate Hydrangeas from Cuttings 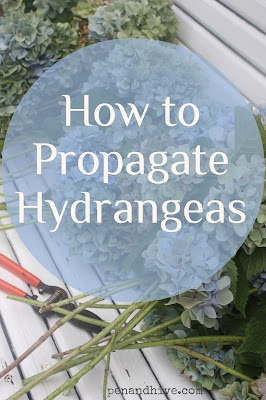 When I posted about pruning hydrangeas I told you that I would cover propagation in case you wanted to create new plants from your cuttings. I then promptly ran off to Iceland leaving you holding the bag cuttings.

If you haven't pruned your hydrangeas yet it isn't too late. Here's the post: How to Prune Hydrangeas If you pruned them when I did you should have new growth on your plants by now. This is how mine look, lots of beautiful new growth. 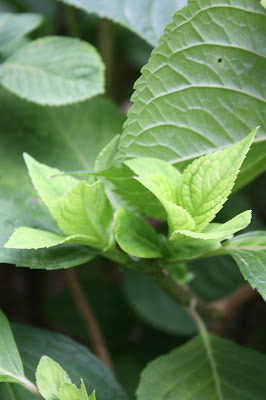 Now, on to propagation. Here's the official way to get more hydrangeas from cuttings:


Want to do it without running to the garden center to buy anything? Me too!

Here's how I do it in spring:

Take a cutting, pull off the lower leaves scratch up some loamy soil under another plant or any shady spot and keep it watered. Here's one I started in June. I took a cutting for my daughter from her grandmother's hydrangea. I'll give it to her when the weather turns cool so she can plant it at her new house. It's best to transplant them in spring or fall when the weather is mild. 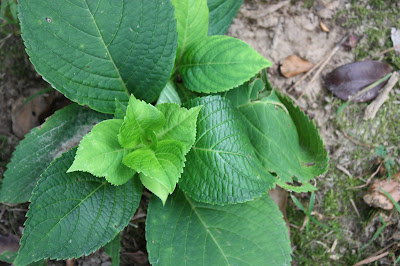 Here's how I do it in fall:

Pull down a low branch on your hydrangea, scratch the bottom of the branch to expose the white part under the bark, scratch up some soil, lay the branch down, cover, and put a rock or brick on top. Over the winter it should root. In the spring you cut it away from the "mother" branch and plant your new rooted plant.

If this all sounds really loosey goosey to you that's because I am a big fan of experimenting in the garden. It costs you nothing to try propagating your own plants. The key for me most of the time is to remember where I stuck something in the ground and to label it. You may think you'll remember but that isn't always the case a few months later.

Despite my best intentions I often have some green thing sprouting that I took a cutting of and now have no idea what it is. My second method avoids this issue and works for most woody stemmed perennials. Try it with azaleas and rosemary too.  Gardening as opposed to landscaping increases your chances for propagation. Landscaping usually is a quest for tidy perfection and that can mean cutting off spent flowers and the seeds along with and trimming off low branches which often root on their own over winter if left alone. On the right of the hydrangea I rooted you can see some rosemary that has also been rooting over the summer. 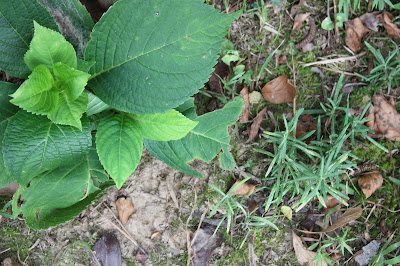 If you have had success with some other method of propagating hydrangeas or anything else, let me know in the comments or tag Pen & Hive in your Instagram photo.

Don't be afraid to experiment!