Charting a Course For the New Year in 5 Small Steps 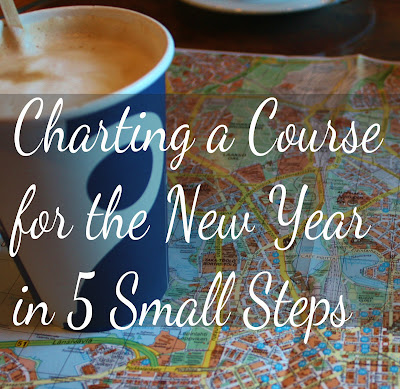 Well, here we are in a brand new year. I'm already exhausted by everyone's resolutions. And it's only day two.

I love the idea of a new year as a fresh slate, but we can set ourselves up for defeat early in the game if we take on too much at once. Let's be deliberate and take on changes that are meaningful and doable.

Here are 5 ideas to get us going in the right direction: 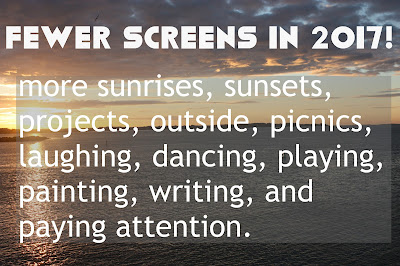 1. Let's watch less. And by this, I mean less everything on every kind of screen. Less news. Fewer cat videos. Less reality TV. Less Youtube nonsense. Less home makeover shows that make you unhappy with what you have. Less mindless entertainment. I'm not saying give up media altogether or become a monk living in a cave somewhere but you know if you are spending time watching things that make you feel worse either because of the content or because you look up and an hour has gone by. I struggle with this as a kid who was brought up on a steady diet of television but Netflix, Amazon Prime, and the DVR have made it possible for us to be selective and deliberate.We can use them to our benefit with a little self-control.

I'm preaching to myself here. The sofa and a bunch of DVRed movies are calling to me this very minute!


2. Let's do more. Less watching can mean more doing. We have to fill that time somehow. Paint a picture, plant a garden, actually get around to having some of those digital photos printed. One of my goals this year is to try and do more while I'm deliberately watching the things I have cared enough to either pay or plan for. I'm working on learning to knit which lends itself nicely to do while viewing something I can't live without like The Americans. Or Homeland. or Younger.

It's a process, people. 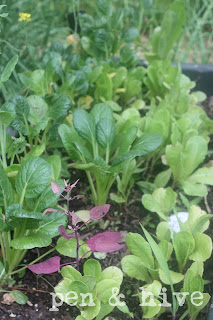 3. Let's create good habits. Let's stop reading about every perfect diet or fitness plan. Let's stop pinning fifty bazillion recipes we are never going to make. Let's pick the things we are going to do and do them. Spend some time in the next few days and plan the 3 breakfasts and lunches you are going to have nearly every day. Let's decide on the new habits we want to implement and create systems to help us succeed. I can't tell you how much time and energy I have wasted looking for the perfect system over the years. I finally learned the secret--Just pick a practical one and do it on autopilot.

4. Let's work our plan.  I hate to be the one to tell you but the discipline is in the doing. Boo, right? If we wait to be inspired to write a book, go back to school, or take up running we'll simply never do it. It's kind of like waiting to be able to afford to have a baby. Ain't gonna happen. If I know anything it is that the Universe responds to action. Let's just start doing the thing. The discipline to keep going builds every day. 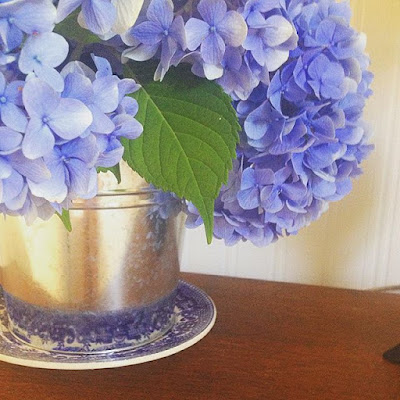 5. Let's Stop over thinking. This was huge for me! We need to simplify. Decision making is exhausting. Read about that here. Very often the failure is not in the lack of a good idea, or the right tools and strategies but our constant and continuous research. We doubt that we have chosen the best plan and quit to try something else.

This year,  just spend a couple of hours doing some research on a healthy eating style you think you can keep up for the year. Eat those foods and stop thinking about food all the time. Same goes with exercise. Pick some things and do them. They don't have to be the best things and the perfect things don't exist. In a few weeks if you have been consistent you can tweak anything that is boring or doesn't work, but I lost 25 pounds a few years back because I literally stopped thinking about food by doing this. I know it sounds boring but in reality, when we stop debating all the little details with ourselves it frees up a lot of mental space.

Do you need that? I cannot tell you how much I need it!

December 2017 is coming. What will you want to be able to say you did with January through November? Maybe the list is really long. Some years are like that. Maybe there is one big thing and if you could get it done in the next eleven months you'd be happy with that and proud of your accomplishment.

Let's don't give up and say we don't make resolutions. I used that ploy for years and made little progress. Let's jump in together! There's a lot of encouragement and motivation in not being alone.

So what's on your list this year? Baby steps or one big leap? You know I want to hear about it!