Honey and Turmeric: Cold Remedy in a Cup 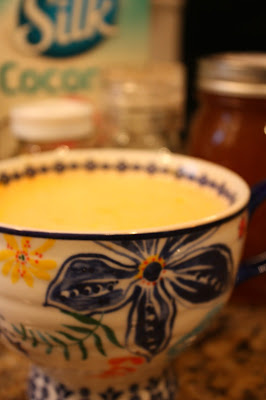 Honey and turmeric coconut milk is my favorite first line cold remedy.  In 2011 I wrote about using turmeric and honey to ward off a cold when taken at the first sign of feeling run down. Suddenly 6 years later everyone seems to be "discovering" this so I thought my version was due for a repost and an update.

Here's the background story:  Right before my daughter's wedding she came down with a dreadful cold. My friend, and fellow blogger The Food Maven sent me a recipe for a cure. It seems her mother was traveling in Ireland and was in a pub with a cold (her, not the pub). The owner, a man from India, suggested a spoonful of turmeric and honey. Mommy Maven followed the advice and was all better the next day! 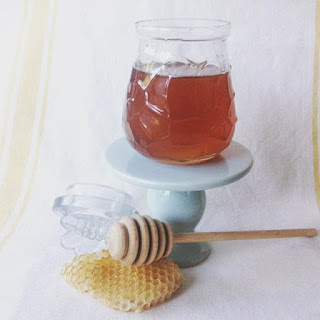 I decided the remedy might be more palatable in some kind of drink instead of just choking down the spice and honey mixture from a spoon. A little online research proved me right and I came upon a few recipes (6 years later there are a gazillion of them!) for a version of this golden milk.

I really need to update this post with better pics! 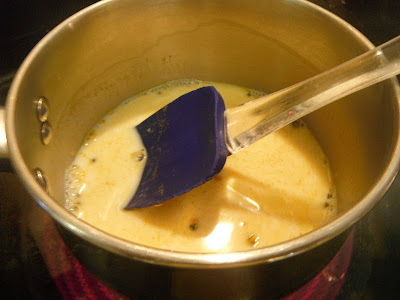 Here is the link to his blog post: Turmeric Milk: Soothing Elixir, in which he explains the history and science behind this potion.

I changed a couple of things. I'm a firm believer in the power of green tea (Read about the health benefits here) so I made power packed infusion (1 family size tea bag to 1/4 C. water) to mix the turmeric in instead of water. I didn't have fresh ginger on hand but I did have some of the dried/candied sort, and I used coconut milk because dairy products are known to increase mucus production, something we are trying to lessen, and have other negative side effects for many.

In an update on his site Arun added this comment: "Scientists have demonstrated that when curcumin is ingested along with a peppercorn extract, the ability of our body to absorb and utilize curcumin increases dramatically, up to 2000%. " 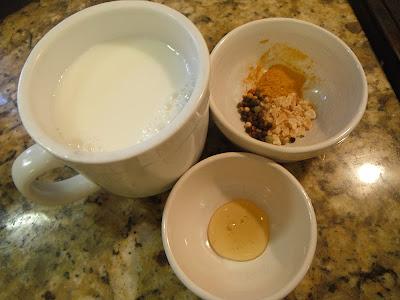 I made a cup complete with peppercorns and took it at bedtime. I woke up feeling much better, and yes--energized! So I'm a convert. The dried ingredients premixed would make a great gift for a friend who's suffering from a cold. The fact that it's home made and wasn't concocted by a pharmaceutical company is comforting in its own way. Here's my version but the internet is full of ways to tweak it; find one that you like. Six years after my online search you can even buy premixed powders!

Pen & Hive's Recipe: This is where I pretend like I measure...

There is something magical about drinking this before bedtime. I do it not only when I feel a scratchy throat but also just anytime I feel exhausted and overly tired. There is something exotic and comforting about it that lifts my spirits as well.

*Of course if you have a fever or cough that doesn't go away you should see a doctor.
Posted by Michelle @Pen and Hive at 9:10 AM

Email ThisBlogThis!Share to TwitterShare to FacebookShare to Pinterest
Labels: Recipes