Why That First Step Is the Most Important One 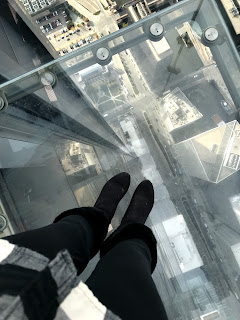 What would you do if you understood it completely? Start a business? Write a book? Plant a garden? Build a house?

What if I told you that too much information can be daunting and paralyzing? I know you've heard of analysis paralysis. I've certainly suffered from it! What if a little ignorance might indeed be bliss at least at the outset?

I was thinking about this after we went to see Bohemian Rhapsody on opening weekend. If you love the music of Queen I recommend it. The movie uses Live Aid as parentheses for the story and sparked my memories of that day. I was pregnant and we had the TV on from beginning to end watching on a hot Memphis July day with our noisy window unit humming in the background. I hadn't thought about it in years. My curiosity was piqued and I went in search for answers to my questions and happened upon a two-part documentary about it made by the BBC.

Live Aid Against All Odds

It's a fascinating account, mostly about the forcefulness (or obnoxiousness) of Bob Geldoff's personality. But in part two where they focused on the actual production, it's astounding just how little anyone really knew what was going on and how many things could and did go wrong. It's a theme I see time and again among creatives.

JUST DO THE THING. When you don't know how. When you are afraid. When you think you might throw up. When you feel like an imposter. When you cannot imagine how it will work. When everyone thinks you're insane.

When no one believes.

Most of them say if they'd known how hard it would be they never would have started. But they figured out problems as they went along and created successful companies despite the lack of proper business plans, or technical know how.

I read about beekeeping for a couple of years before I got up the courage to order my first hive and equipment. Then I waited two years to assemble it and order bees because I didn't feel like I knew what I was doing. Guess what. I still don't have all the information. I still mess up or get surprised and have to solve problems on the fly. The first time I caught a swarm I had absolutely no idea what I was doing but I figured it out! Here I am 7 years later; I'm doing the thing and when people ask I can say "I'm a beekeeper."

Being in the fray forces you to work out how to do the thing. Mark Twain said "The secret to getting ahead is getting started" and you know it's true. Energy and creativity have momentum. It's why if you want to start exercising after being a couch potato the most effective strategy is just to put on your shoes. Or why when I feel like I don't have the energy to clean up the house I set a timer for 5 minutes to see what I can get done. Chances are 30 minutes later I'm still knocking out chores I've been putting off.

If you are feeling stuck or mired down these next few weeks before the new year, might be the perfect time to get ready to launch your dream idea. Let's stop thinking about the next twenty steps and take the first one.

See. You're closer to your goal already.