Cruising the Inside Passage: The Best Excursion We've Ever Taken 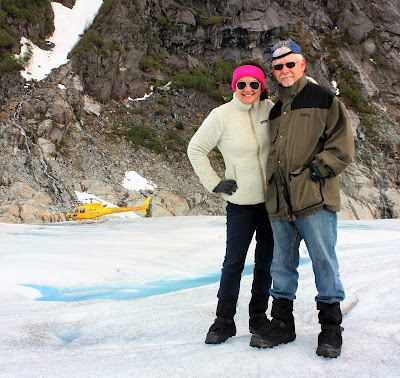 The title of this post is a pretty bold statement because we've been cave tubing in Belize, spent a day at the Blue Lagoon in Iceland, and done a vodka tasting in Russia. Which I only vaguely remember.

Maybe that's why I couldn't find a post about it.

Sometimes we book our adventures through the ship and other times we find them on our own. After this trip however, I have to say my new goal in life is to do a helicopter ride on every vacation. 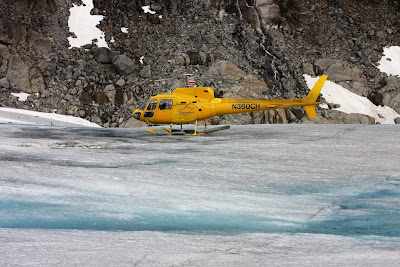 I'm going to have to sell a lot of honey to make that happen, because it was among the pricier things we've opted for. The only other thing that came close was the Beaches at Normandy for around the same price but that was a 12 hour excursion that included lunch in an ancient chateau. This excursion lasted one hour. I know. I'm the same person who buys most of my clothes at thrift stores. Vacation girl has got a totally skewed sense of money. 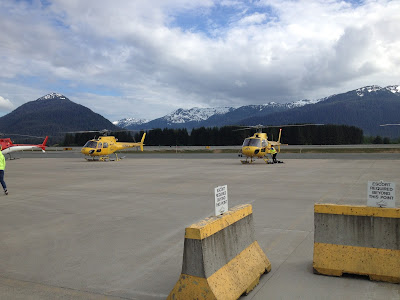 Okay, let me back up. When you sign up online to purchase this frozen joy ride there is a little box on the form for your weight. Are you with me, ladies? Since I'm not in the habit of regularly weighing myself a made a rough estimate. Ahem. Rough being the operative word there. When we arrived at the airport to check in for our tour, the first thing they had us do was to step on a scale. 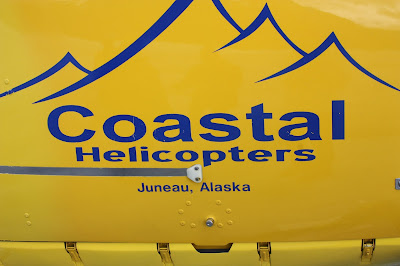 Let's face it those are two things that should never be put together in a sentence or anywhere else. I peeked around to see the number. Let's just say after a few days on a cruise ship there was a slight discrepancy between my guess and the reality. Next I sat down and got some nifty boots that would be useful for trekking around on ice and it was outside to be lined up according to weight and balance. Finally our chopper- I was into it, okay?- returned and we got loaded and strapped in. 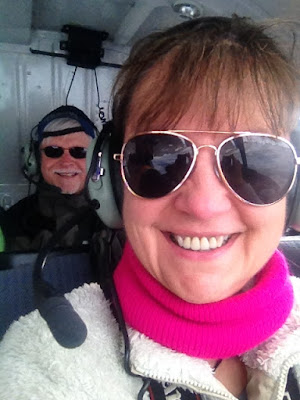 The views on the way to the glacier were amazing! 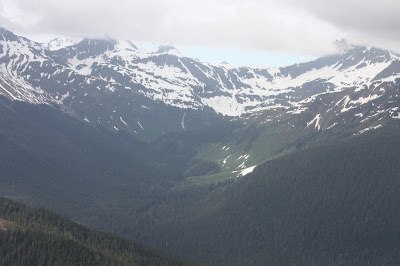 There it is! There are several glaciers in the Juneau Ice Field. This one is called Herbert. 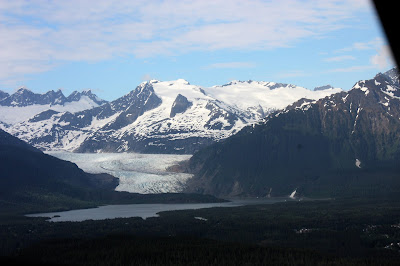 Looking for a place to land... 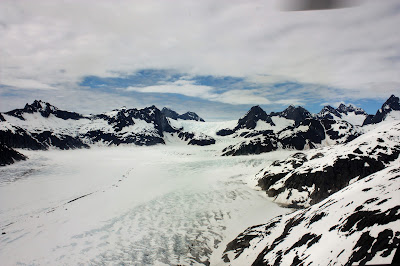 Look at my fancy boots. They make sense now. 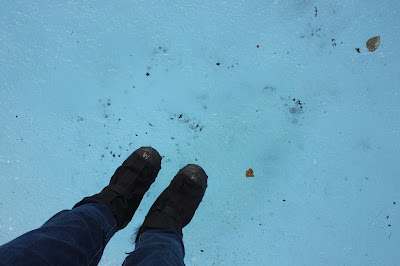 So I was paying for this trip which is why he looks so relieved. He's really excitied, I promise. 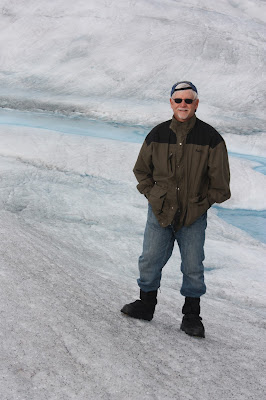 This whole thing was like being on another planet. First, it was absolutely silent. Like nothing I've ever experienced before. 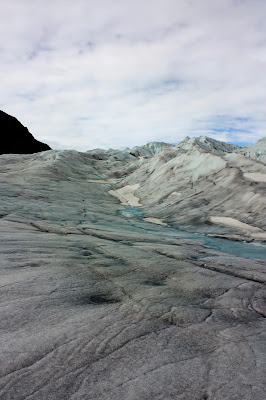 You think it's just going to be all white, but there was this blue in little melty spots that was other-worldly. 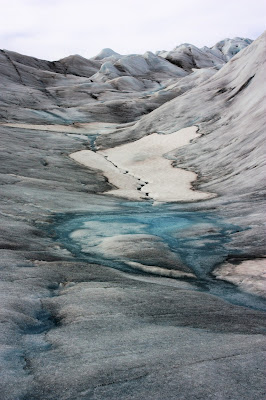 This is basically his Father's Day, Birthday, and Christmas all rolled into one. 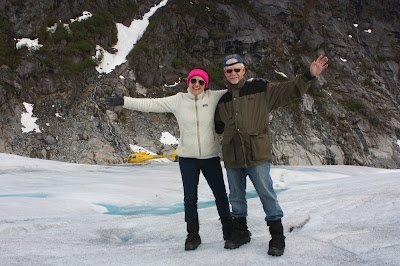 Let's talk crevasses. Remember that I told you I was reading a book about some Stampeders who came up here for the gold rush back in the day? Well on three separate occasions the author witnessed fellow travelers disappearing ahead of him. Men, sleds, dogs, supplies--gone. They had fallen into creavasses hundreds of feet deep never to be heard or seen again. This girl was being super careful about where she stepped. 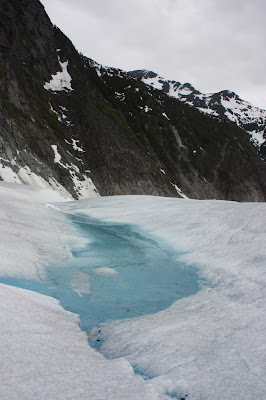 The glacier itself was devoid of life but there was this one little fir twig that had been blown there by the wind. 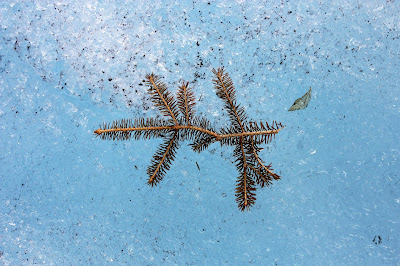 My soul mate and I were having the time of our lives out there. We love any excuse for hats of all kinds and ginormous sunglasses. I have to confess I bought these aviator style ones for this trip just because of this helicopter ride. Oh come on, that's what Target is FOR! 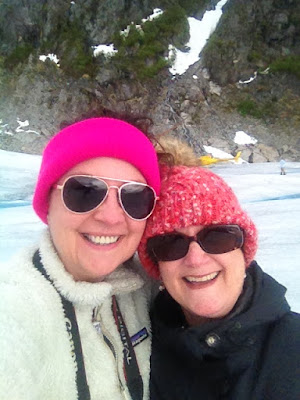 Being cold makes us super silly. Or maybe that's just being together. Check out this video of a little gushing river of glacial water disappearing into a crevasse. I really regret not reaching down to get a drink from it. 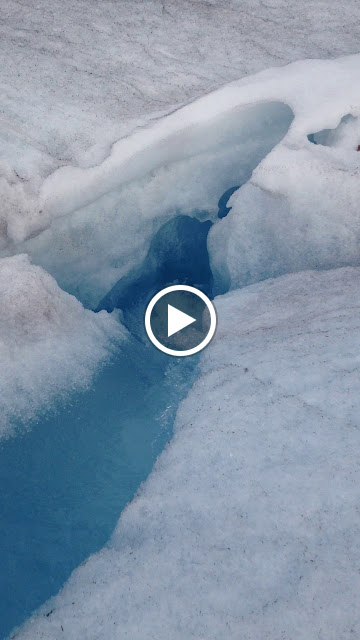 I'm going to be dreaming of this on those hundred degree days when I'm wearing my bee suit and doing hive checks.

Do you like adventures? Please share in the comments about your favorite one, I love reading about other people's travels!