Note Taking in the Bee Yard 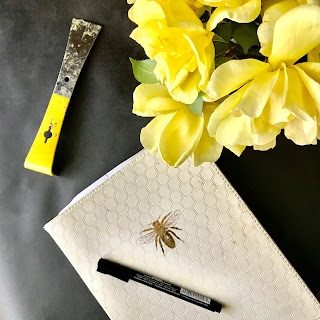 I'm not famous for being a detailed person. I've never made a spreadsheet. Frankly, I don't even know what they're for. But hey, I've made it this far in life so they must not be a life or death matter.

Since I've started beekeeping, however, I have taken notes about what is happening in the bee yard. Is this swarm from that hive? When did I make that split? When was swarm season over last year? Sometimes it gets a little complicated and I only keep up with some of it because my husband will say something like

"What hive did this colony come from?" 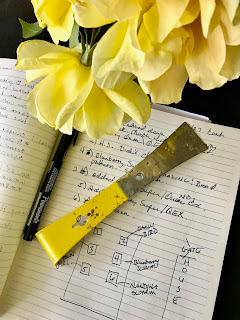 I literally draw diagrams sometimes. We also realized through the diagrams that sometimes we were talking about completely different hives because he was using a different site as a point of reference. Now, none of this really matters since I'm the only one actually taking care of the bees but it's easier to have a road map of sorts since he's interested.

The main reason for keeping records as the beekeeper though is to help remember when you made a split or caught a swarm to determine whether the queen should be laying by now. Last week I was on the verge of combining a couple of hives that looked queenless with a nuc that has a laying queen but when I checked my notes it had only been 10 days and I need a good 21 days to make sure there's no queen. 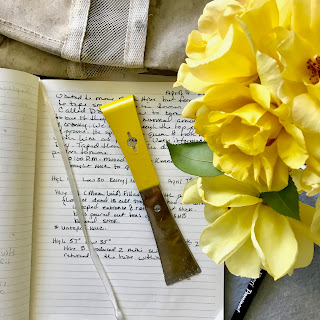 It's easy to lose track of time and to keep 9 different hives straight on memory alone.

I also note the weather conditions on inspections or days when swarms occur. Were the bees testy because of the weather? What's the temperature when swarms most often occur? Some of it is useful information and some of it is just interesting.

Beekeeping has made me so much more aware of the weather. It's also made me more observant in general. Heck all this observing and note taking has practically made me a scientist. Isn't this how Jane Goodall got her start?

Having a gorgeous notebook isn't necessary but sure does make me want to sit down and write in it more than a spiral notebook from Walgreens. This one was given to me by my soul mate and far away friend, The Food Maven.
Posted by Michelle @Pen and Hive at 7:50 AM