How I Updated My Fireplace With Paint 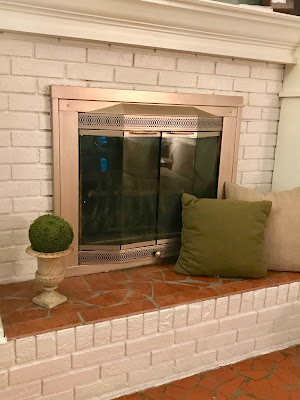 When you don't know what to do, paint all the things. I've lived by this motto for years. 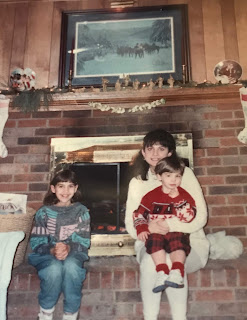 Yes. I do have a perm. When I see pictures from the 90s I realize I owe the 70s an apology.

The den originally had dark wood paneling, red brick fireplace, and brass fireplace surround. The builder was all original like that. The mantle was brown and went all the way across before I had the built-ins installed 8 years ago. Which meant wasted space on both sides from the hearth to the ceiling. It was a tragic design obviously thought up by a man who hated his wife and created ugliness out of a dark place in his soul. 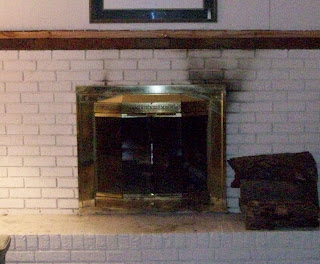 Attempt #1: It makes you have all the sad feelings, doesn't it?

I painted the brick and won the war with my husband about the paneling. Okay, actually he just came home one day and it was painted. This is called the element of surprise. #guerilladecorating

A few years later I had built-ins created on each side, repainted the brick and painted the fireplace surround black.  I also covered the brick, which was impossible to keep clean--see sad above picture, with broken red tile. I tried to match the floor as closely as possible. 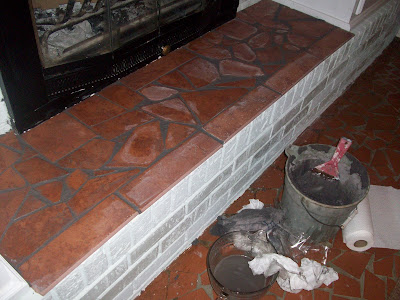 I'd been happily living with the previous update for a while but when the weather is cold we have fires every night. The painted brick had some smoke damage where there is a gap in the surrounding seal. Perhaps we should fix that. Also, I was really over the black.

One more thing about the black. It is heat resistant paint for grills and fireplaces and perhaps furniture in hell. In 8 years it has not buckled, chipped, or flaked anywhere. But it's still black.

Yes, I could have researched all the heat resistant paint colors but I already was in possession of a jar of Modern Masters Warm Silver. So in the fever of impatiently wanting a thing to be different, where I live about 97%  of my life, I painted it. 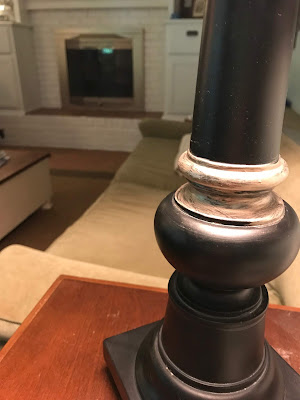 It was beautiful. I gave it a couple of coats to thoroughly cover the black and with paintbrush still in hand, I added a little bling to the bronze finish lamps to help tie it all together. You know since there was literally not one even halfway shiny thing in the entire room except a sword.

My husband may or may not have a slight War Between the States obsession. I should get something somewhat glammy at least since we sit in this room together in front of the fire to watch TV surrounded by war and death. You really can't do cozy without at least half of the Four Horsemen of the Apocalypse.

Where was I? Oh yes. 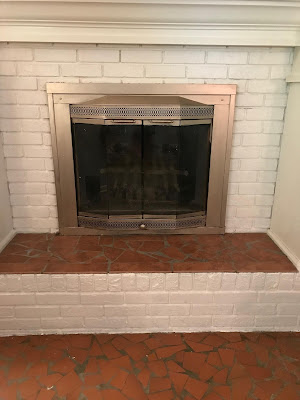 Here's how the fireplace turned out. 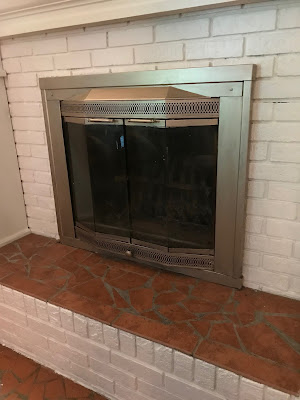 The Warm Silver is really more of a champagne color. And who doesn't like champagne? 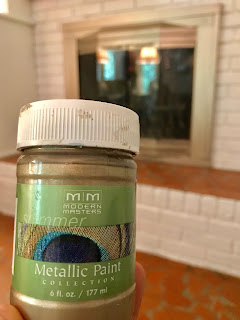 I have no idea how this paint will stand up to the heat this winter or survive the wear and tear of nightly fire building, but we'll see. I'll let you know after a few fires this fall. 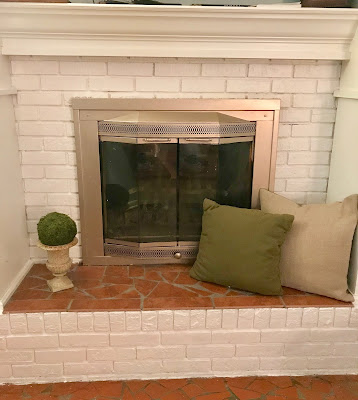 Until then I'm going to enjoy this beautiful fresh look all summer!

After an entire fall and winter of having almost nightly fires, this fireplace surround still looks fantastic! The paint did not blister or chip at all. I'm kind of surprised because this paint isn't sold as heat resistant and I just took a chance. Remember though that I had previously painted it with heat resistant paint for grills That might have made a difference.
Posted by Michelle @Pen and Hive at 7:20 AM