Now and Then Photo Shoot 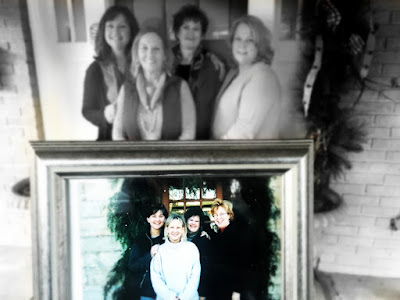 I have a group of friends I've had for more than 20 years. But 18 years ago my husband decided to drive us all over to Hardy, Arkansas for a day of antique shopping.

Which is only our second favorite thing next to laughing. Not sure he realized that until about 2 hours into the 3 hour drive. At one point we stopped with, what I'm pretty sure was a disposable camera, and he snapped this photo. 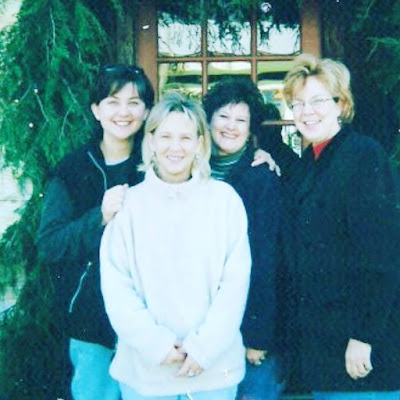 Remember when taking someone's picture took like two seconds? We said "take our picture," he snapped a photo, and we all waited days to see what it looked like. We all have copies that we have kept for years.

This week while our far away friend, The Food Maven, has been in town getting this photo has been our one mission. Wouldn't it be fun, we said. My daughter agreed to do the honor of taking the remake in front of her front door which is remarkably similar to the one in the original photo. Another friend brought along a garland that was only long enough to hang on one side in our very best effort to make it look as close as possible. There was a good deal of wrestling the jingly garland and debating how to use it to the best effect.

Then it was time for the photo. Using the original photo, Bossy arranged us and told us what to do. Her favorite thing. Plus after 20 years she finally got to boss around all the moms from her childhood. #fullcircle 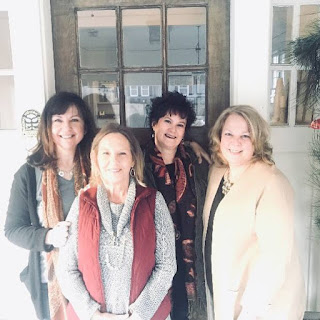 She took a couple of photos with her phone and let us see. 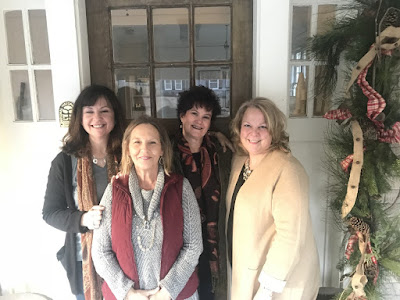 Now there was uncontrollable laughter and no end of confused neighbors walking dogs who were trying to puzzle together the scenario. 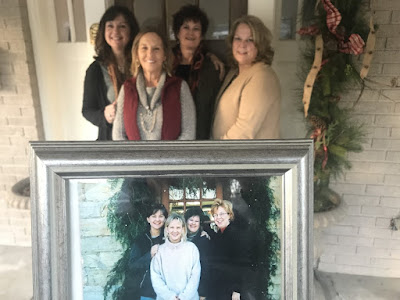 Finally there was at least one every one agreed was good enough and she texted them all to us so we could use the ones we wanted.

Amid all the laughter and reminiscing there was one surreal moment standing on the front porch of my daughter's house while one of my friends held my grandson and the others oohed and aahed over him with my daughter in the background. A strange moment in time when there seemed only a second between the two pictures.

So much had changed, but the way my sides hurt from laughing it also felt like nothing had.