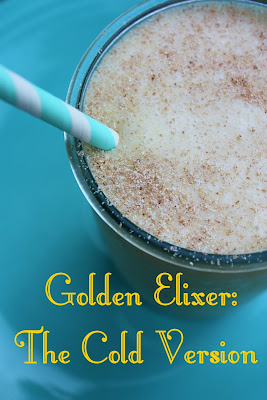 Several years ago I started drinking a golden chai at bedtime if I felt bad. Since then, I have fought off several colds and shortened rounds of several nasty bugs during cold and flu season. The trick is to do it immediately when you start to feel run down or at the first hint of a cold. Going into spring time I often drink a cold version of it in the morning for an energy boost and anti-inflammatory.

I was adamant about it last week while suffering from a debilitating pulled neck muscle. But it's a good morning habit to be in since we know so much of what goes wrong with the body long term starts with inflammation.

I came up with the cold version because I had been buying an Indian turmeric kefir at Sprouts and they suddenly stopped carrying it. While throwing my normal protein smoothie together a few days later it dawned on me that I could add turmeric, pepper, and ginger and come pretty close. That was when I realized I was making a morning version of my favorite bedtime drink. 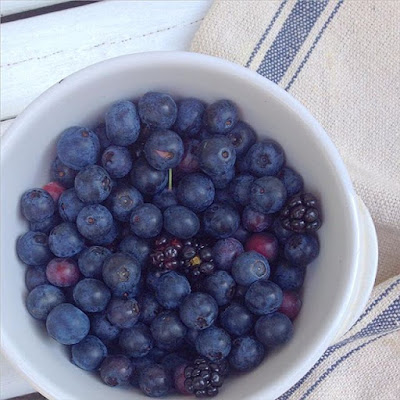 My recipe contains 20 g. of protein which isn't in my night version. Protein is a hunger suppressor and I can easily not think about food until 1:00 most days. It puts mid-morning snacking to an end, a problem for years when I ate cereal or other grain based foods to start the day.

Depending on the day I might add nutmeg, or almond butter, cocoa, or walnuts as well.

Here's a trick if you are looking for a food hack: Have the same breakfast and lunch every day. Not using up your decision making energy early in the day makes it easier to make good choices at dinner or to say no to the treats your co-worker brings in.

Though it sounds boring, making healthy food a habit instead of a choice is one of the most effective ways to keep to any regimen. Read about the power of making every day decisions automatic here!
Posted by Michelle @Pen and Hive at 8:25 AM