A Tale of Two Gardens 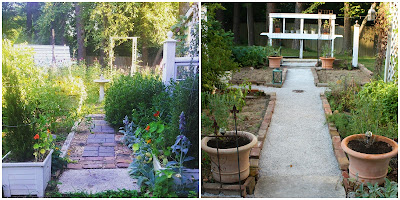 Our decorating style changes over time. I seriously doubt your house looks very much like it did even ten years ago. But what people often don't think about is that our garden style and preferences can change as well.

Twenty five years ago when I started the garden at this house my dream was a rambly English cottage garden with a riot of color at every turn. I achieved this in my front garden but then planted a Japanese maple and a pear tree that both grew far bigger than I anticipated. You aren't getting a before photo because those pictures were made on film and are in an album...somewhere.

Rule number one of garden and landscape design: pay close attention to the eventual height of plants and trees will be. Twenty years ago I had no clue and couldn't imagine the spindly things I purchased would grow big enough to shade my entire garden or that the Japanese maple would be as tall as my two story house.

Remember when I tore my shoulder up constructing this little gem? Strong Armed By an Azalea: A Story of Angry Gardening Read all about the subsequent Kardashian marathon here. 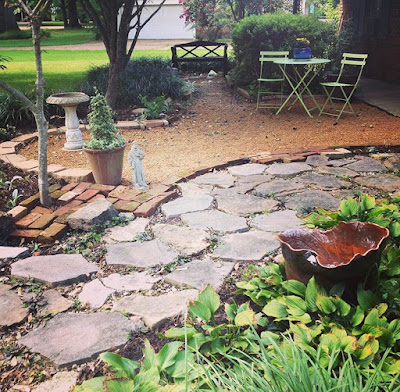 Eventually, my charming cottage dooryard garden became a heavily landscaped shade garden. It's lovely but it is a far cry from where I started. It is, however, really appropriate for a Southern front yard. Hostas. Azaleas. Boxwood. I could practically host the Masters. You know, if I could kill the moles, dig up all the ginormous pine roots in the lawn, and put in an 18 hole golfcourse. 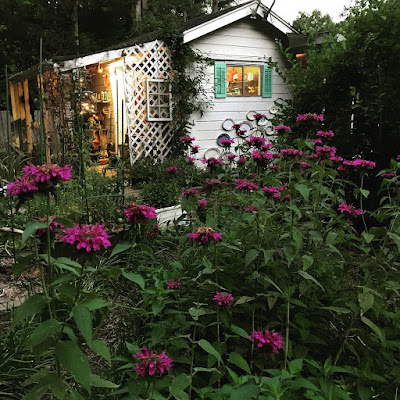 I had that same old world vibe going on in the back for the past few years. Read all about my most recent project here.   But just like the trees out front things in the back just kept getting bigger and bigger. One day last year I was sitting on the back porch and suddenly it all felt claustrophobic. 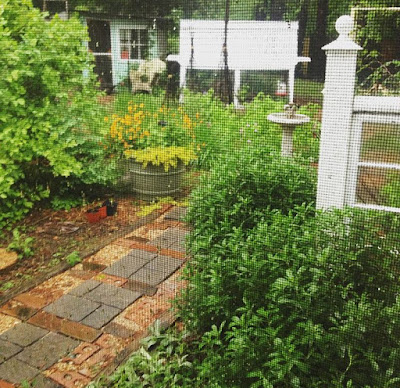 Did you read The Ruins? Yeah, it was like that. 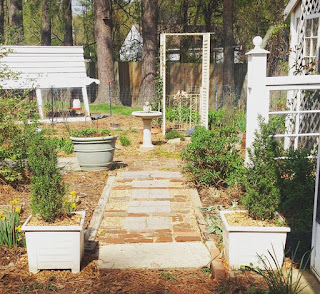 In the spring things would look neat and tidy. But by August... 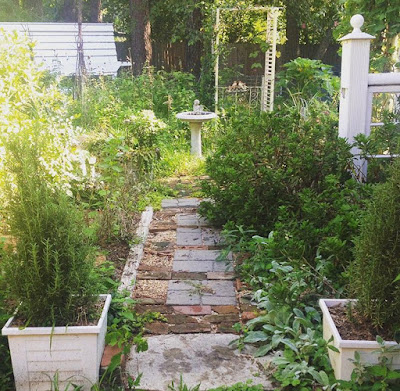 This photo is after returning from a two-week cruise to Iceland and Norway.  As you can see when the cat's away, the mouse will plant weeds in every available inch of space.

I started clearing out and moving things closest to the porch last fall. I've told you before how irritated I was by the trellis and gate to the chicken run being off center. But as you know when the last chicken passed on I could remedy that. 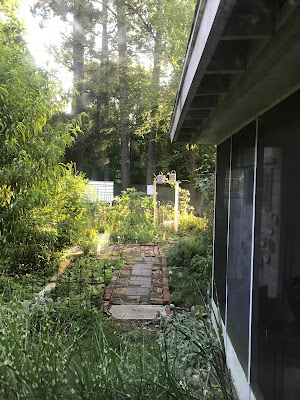 I've covered the actual work of phase 1 in this post.  I'm working in sections and the next phase of work has to wait until late fall because I'm going to be moving blueberries and they need to be dormant. I also have an area that will require another ton of gravel and I'm definitely not moving any more crushed limestone in this heat. The squareness of this, the allignment, the formality even, all make me very happy. 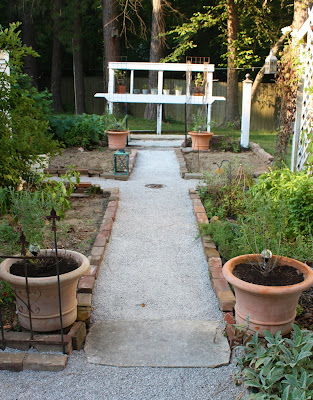 And the trellis was moved to create another straight line of sight from the potting shed and to serve as an entrance to the bee and pollinator garden. 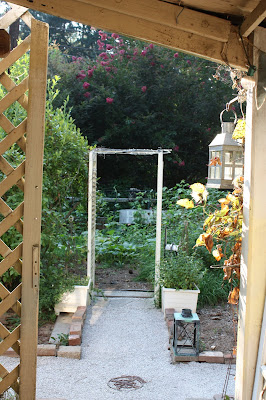 Coming up in the next few posts:
Spring honey harvest
Back porch makeover
Plantings for the new garden
Plans for Garden Phases 2 through 347