Pen & Hive School is back in Session 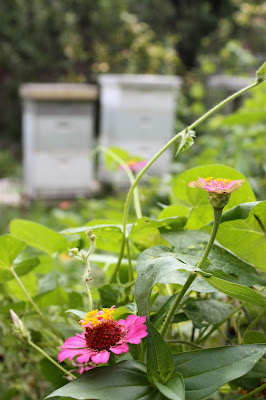 Did you think I had died? Or that I'd been abducted by aliens? Or that my husband had finally had enough of my projects and shenanigans and done away with me and buried my body in one of those new vegetable plots in the garden?

Fear not! All is well, though this is the longest break I have taken from blogging in nine years! I think. I didn't actually check that.

Pen and Hive School is back in session and hopefully, you are feeling better about it than all those sad faces I see following parents in the notebook aisle at Target. Poor things. It's like a bunch of small depressed zombies. Bless their hearts. Except for the kindergarteners. They are excited because they have no idea how long twelve years is.

The good news for you is there's no mandatory attendance here and you don't have to get shots or buy supplies!

If you have been following along on Instagram this summer then you know what I've been up to but the rest of you may be in the dark. Y'all! My Facebook game has also been super weak! But I have been getting so much done, so what does that say? No. Surely Facebook can't be a time waster...

I'll be back on a Monday/Thursday posting schedule starting Monday, with a garden update.

Also. HOW IS IT AUGUST?