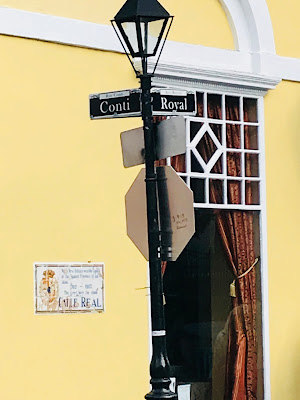 Our ship set sail on St. Patrick's Day, but the first order of business that day was shopping on Royal Street. It's my favorite street in the Quarter full of unique little gift shops, antique stores, and art galleries. We picked up some goodies and headed back to the hotel for our car and drove to the Port. I'd never parked in the Cruise Parking before but it was the easiest thing ever and the porters come right to the car to get your bags out and whisk them away. 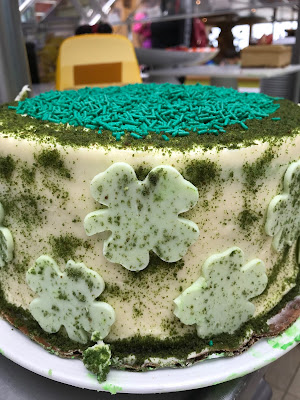 After we parked we headed down to get to the escalators to go up and through security and check-in. As I stepped onto the escalator I started to cry. My crew was worried about me and I could hardly talk to tell them that they were tears of joy. First I knew how much my bestie, Debi was going to LOVE cruising, but also I appreciate every single wonderful thing that I ever get to do and don't take anything for granted. So I had a little moment as we headed up to get in line.

My girls totally got me. 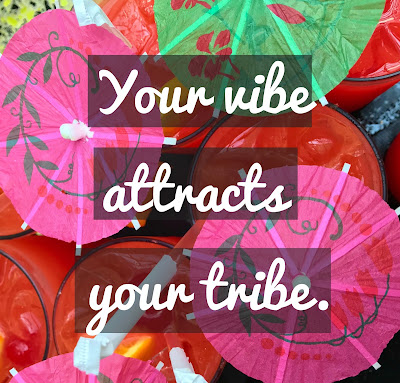 Check-in was easy peasy and before we knew it we were on the ship with drinks and food. Later as the ship sailed down the river Debi asked me if I wanted to split a burger from Guy's Burger Joint. "Oh sure. Why not?"

Y'all. This was my first burger in 7 years.

Apparently, the answer to yesterday's question: Who are we? (for me, at least)  is someone who listens to rap and eats beef. 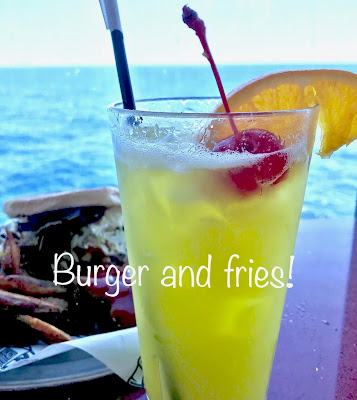 Did burgers always taste like this? Is Guy putting crack in the burgers? Is it so good because I haven't had one in so long?  I should probably just confess that I had one every day. 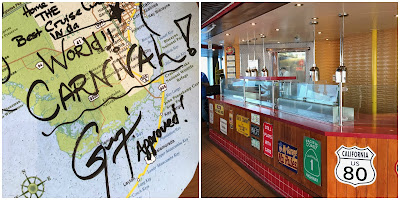 After organizing our things for the week we headed out to dinner and a show. Then we settled in at karaoke. The fun thing about karaoke is that some of it is surprisingly good and some of it is, well...awful. The best thing is when the bad singers are having the most fun and the crowd tries to help them out by singing along. Karaoke became a nightly event for us. 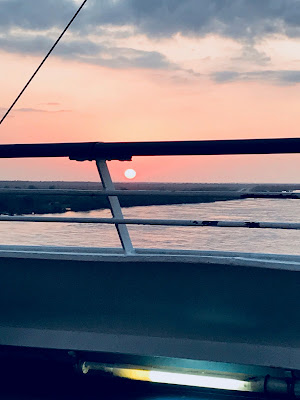 I need to tell you a funny thing that happened.

One of the bad singers was a young guy who took his shirt off in the middle of his song which was hilarious. Later, while someone else was singing a guy in the crowd yelled: "Dude, take your pants off!" Someone in our party didn't hear it and my friend pointed to the guy and repeated what he said.

Just in time for a man to turn around.  All he heard was "Dude, take your pants off."  and to see her pointing in his direction. He looked a startled as she tried to explain, but you can't unring that bell. Whenever we saw him afterward he was known as No Pants Guy.

"Look, No Pants Guy is over there."

"No Pants Guy is here with his sons."

"No Pants Guy's sons are laughing and pointing at us."

Any trip is enhanced by a running joke. They tend to be among the "You had to be there" stories but I know you are my people. 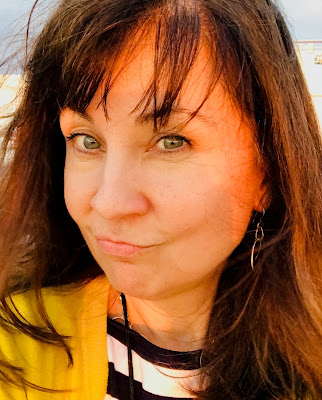