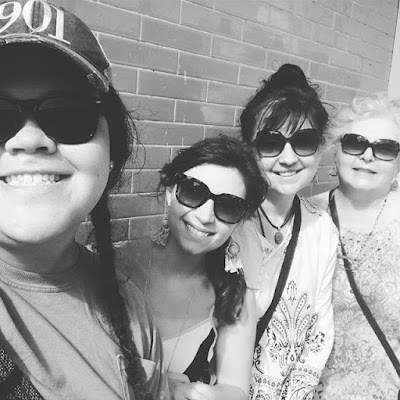 I have a fun hangover. But it's Saturday, and I'm keeping up with my three posts a week one of which has to happen today. Last Friday my oldest friend, Debi, and I, her daughter, Casey, and niece, Maggie drove to New Orleans to catch a cruise to Mexico the next day. This was what Maggie wanted to do for her 21st birthday.

Here's a secret: if you ask me to go on a cruise I'm in. No occasion necessary.

We rode down in a driving rainstorm the entire way listening to rap. Now, if you had asked me before I got in the car if I liked rap I would have said no and probably made a face like you were asking me how I felt about root canals. I can't even imagine what I would have said if you had asked if I wanted to be in a car for 7 hours listening to it. 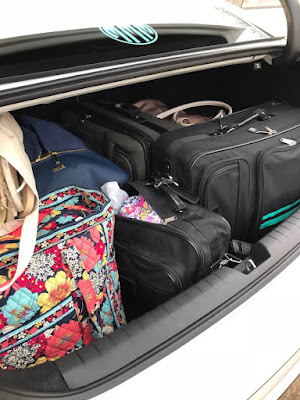 By the time I got out of that car, I had started a new Spotify playlist that included Nelly and Juicy J. According to Debi's Fitbit, she had taken 7 thousand steps in the backseat of the car. You can't sit still when listing to Lil Mama and Ludacris. Just sayin'.

We kept looking at each other and saying "Who are we right now?"

We arrived in The Big Easy, checked into our hotel, and headed out to the Quarter in search of food, drinks, and beignets. We happened upon a restaurant called Deja Vu and fulfilled everyone's po' boy requirement. While we were settling our bill a Saint Patrick's Day parade went right by and we racked up several handfuls of beads. 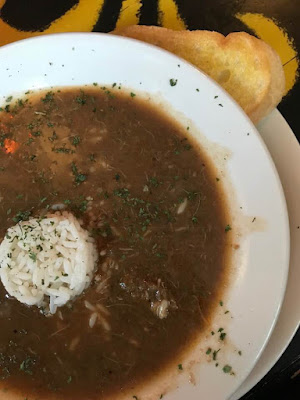 We also ran into some ladies dressed like bees and a man dressed as their beekeeper. Not sure what the connection is to Irish saints but if you've been to New Orleans you know that things don't always have to make sense. Like all the men in kilts. Only in my mind did I say, "Wrong country, guys." Details aren't all that important in party mode. 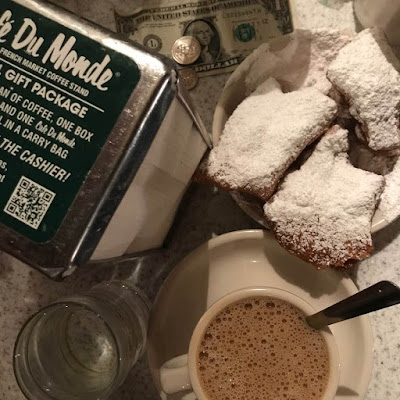 Next up was the legendary Cafe DuMonde. Afterward, I had hoped to take them to the Bombay Club but that secret is apparently out and it was packed to the brim. My next choice was the Carousel Bar at the Hotel Monteleone, but it was also filled to overflowing. We managed to snag some drinks from the bar and sit in the beautiful lobby and chat nonstop.

I did mention it was a girls trip, right?

Y'all I actually lost my voice from so much talking! The rest of the week I sounded like a cross between Bonnie Raitt and James Earl Jones.

The communication only stopped when we collapsed into our beds that night and dreamt of palm trees and glimmering seas.

Just kidding. We all had the weirdest dreams that night.