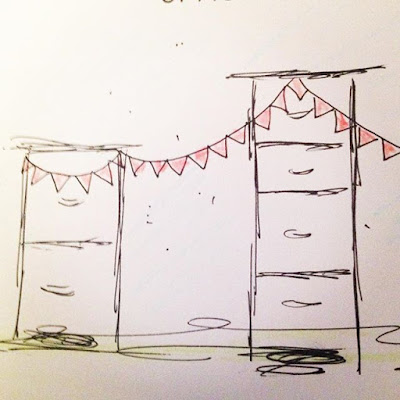 I'm starting to get a lot of people asking about honey. Everyone has eaten up all the fall honey and can't wait for that spring honey that tastes like a bouquet of flowers. I never can decide which one is my favorite. 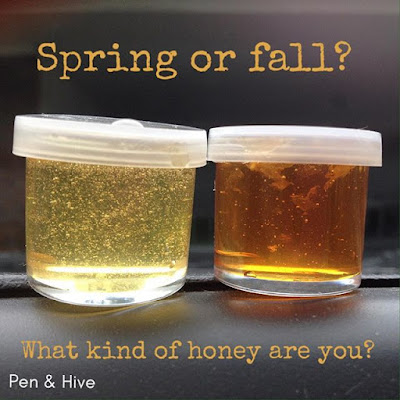 Here's what is going on in the bee yard right now.

I popped the hives open a couple of weeks ago on a warm day. Of the six hives I had heading into fall, I lost one. There were very few bees inside that appeared to have frozen in place during a cold snap. When I went back and checked my notes from last year I saw a pattern of weakness that they just never recovered from. I had given them frames of brood from other hives several times in an effort to boost their numbers.  I'd fed them. I'd taken steps to keep the hive beetles at bay. But in the end, it was still a weak colony.

All the other hives all had larvae, and brood, which means the queens are laying. Capped brood means there was a laying queen at least 3 weeks ago. Larvae indicate she was laying 3-9 days ago. All the hives had lots of bees. 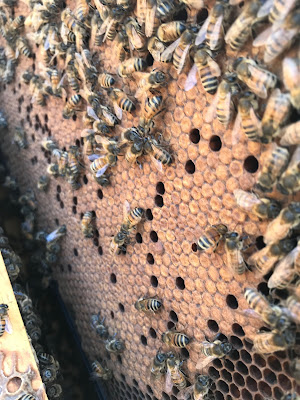 Now I just have to hope I didn't crush any queens during my inspections.

Even without opening the hives, on days when it's too cold for fear of chilling the brood by breaking the cluster, a beekeeper can tell a lot. Observation of what's happening at the entrance of the hives is very telling. It's great fun to watch the girls bring in loads of different colors of pollen and is a good sign that all (or at least most things) are well. 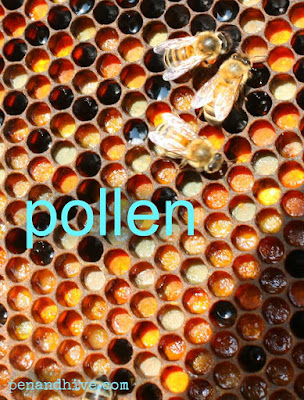 Cooler than normal temps this week mean that honey production will be delayed. My bees usually fly when the temperature hits 53-54 degrees. Beekeeping makes you a keen weather observer.

According to my notes from the last several years, the time most likely to expect swarming is the first and second week in April. In this area, the possibility exists throughout the month and into May. Usually, if they haven't swarmed by June it's all good. Just like beekeeping has made me more observant of the weather, it has made me more observant of nature in general. I'm sure there have been swarms of bees over my head every spring of my life but I never noticed them. 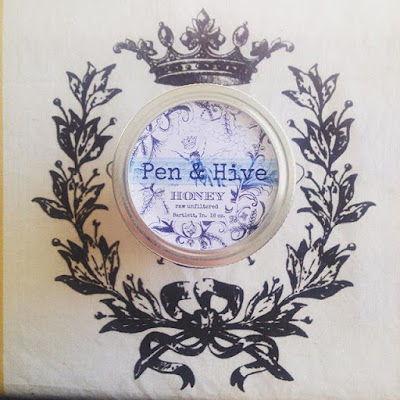 I'm going to be traveling next week and really wanted to do thorough inspections before I left but the weather is just going to be too chilly. You can bet the minute I get home I'll be checking for queen cells and seeing who is ready for more room.

Meanwhile, if you are waiting for honey, remember, I work for the queen.