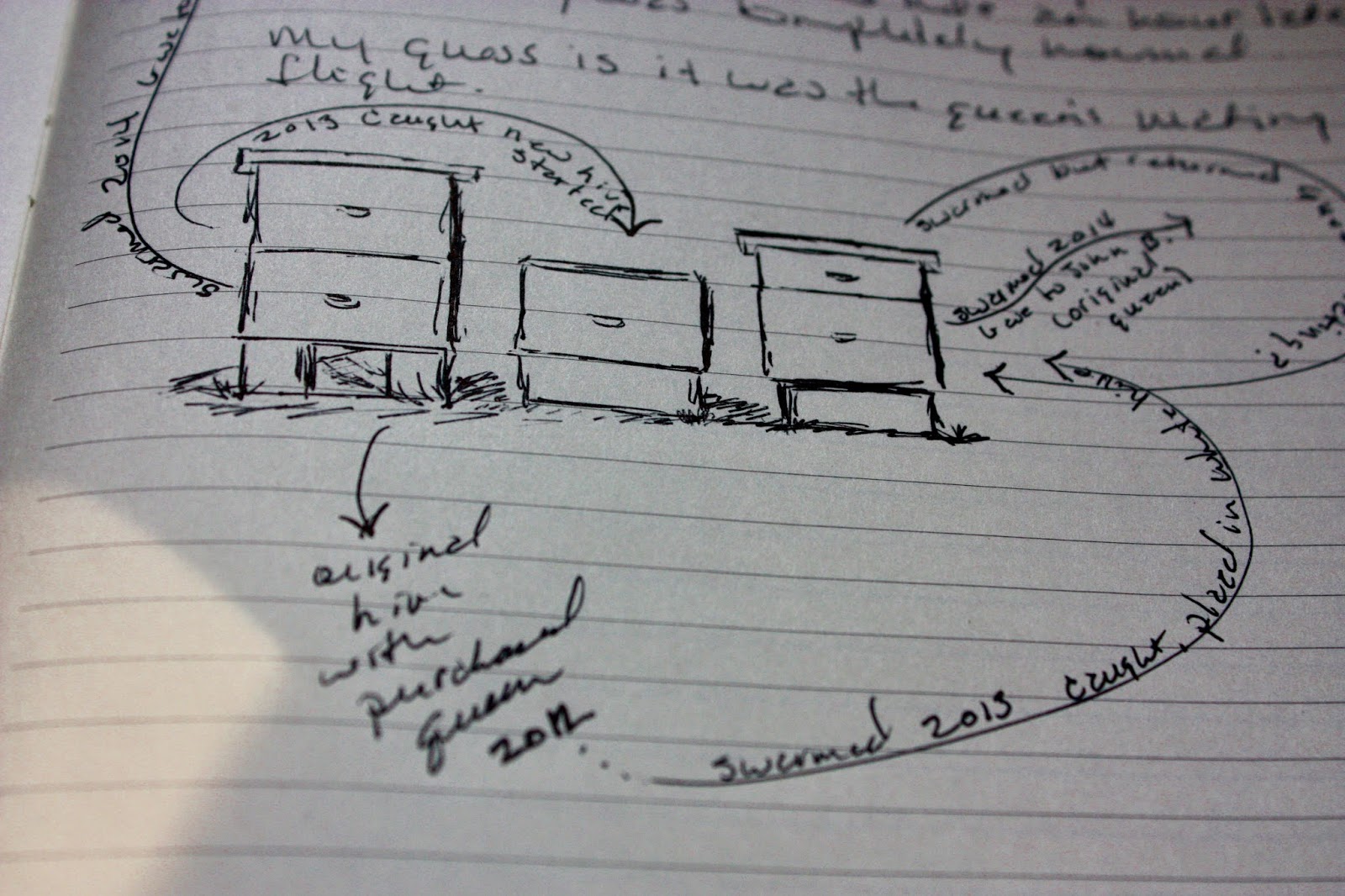 Last year I had a crazy week in the apiary that involved some things I hadn't seen before.  I finally had to draw myself a diagram to figure out who was where. This doesn't matter to the hive at all, I was just curious. My friend, Susan sent this beautiful beekeeping journal from the Savannah Bee Company to me a couple of years ago. I use it to keep track of what is going on. One fantastic thing about being a beekeeper is that friends seem to love finding bee related gifts to give you! 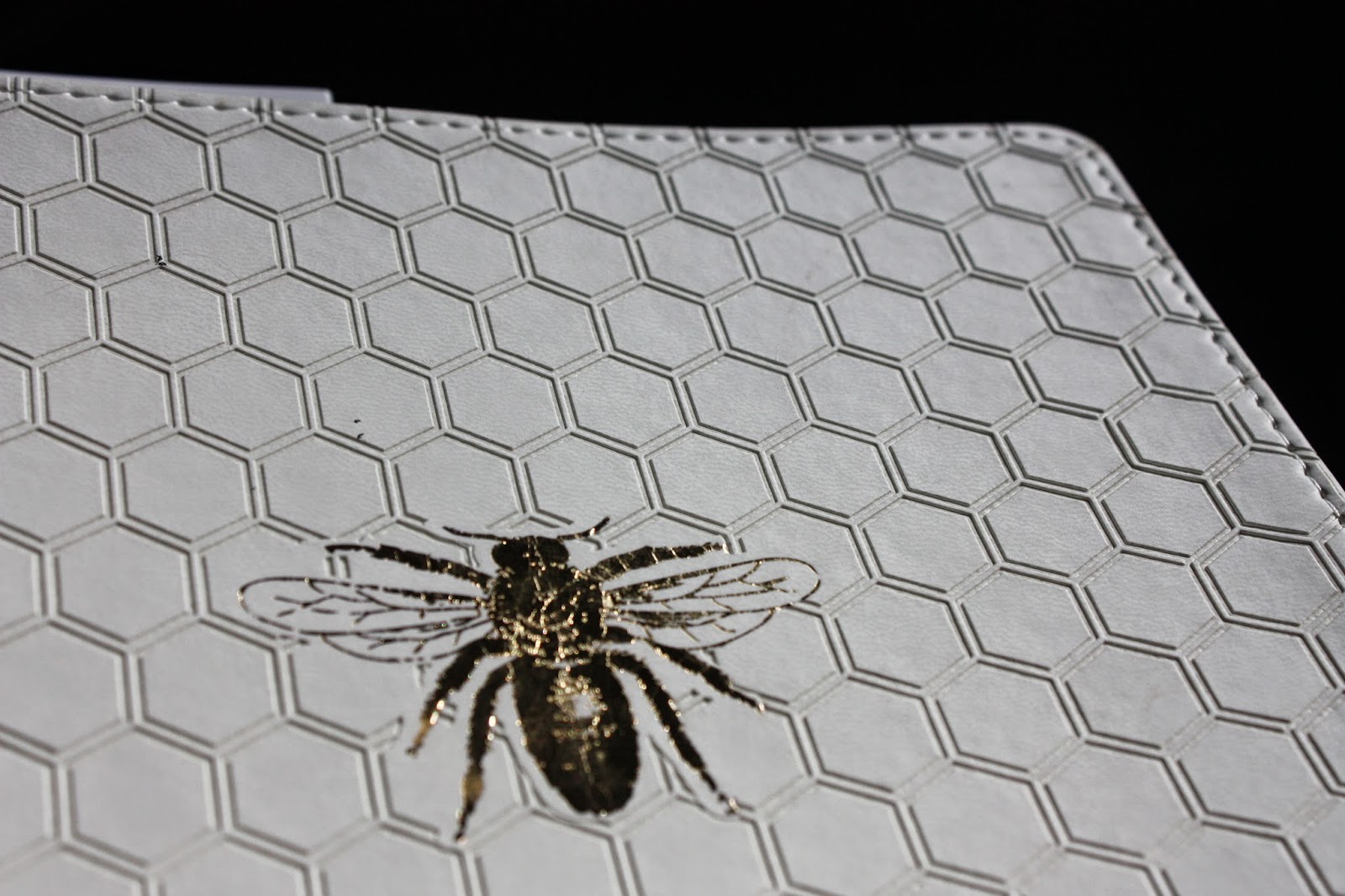 So after both hives swarmed earlier that week, then the blue hive swarmed again (which I didn't know could happen). That is called a caste swarm and if the first hatching queen didn't kill the others they can emerge and lead increasingly smaller swarms severely weakening the hive. I eventually lost this hive to wax moths because it never recovered from this series of swarms.

So I'm having lunch on the back porch the next day when this occurred: 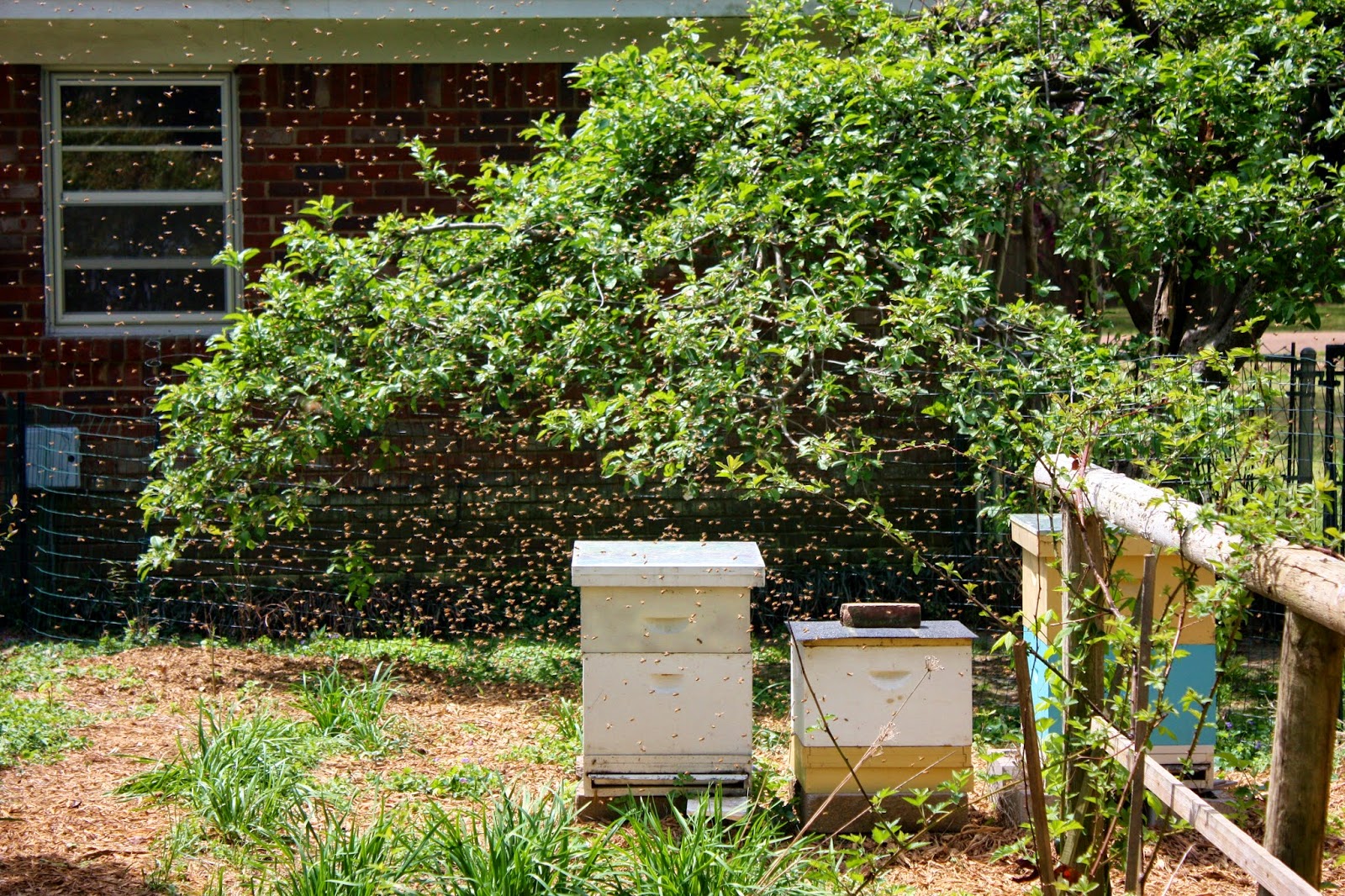 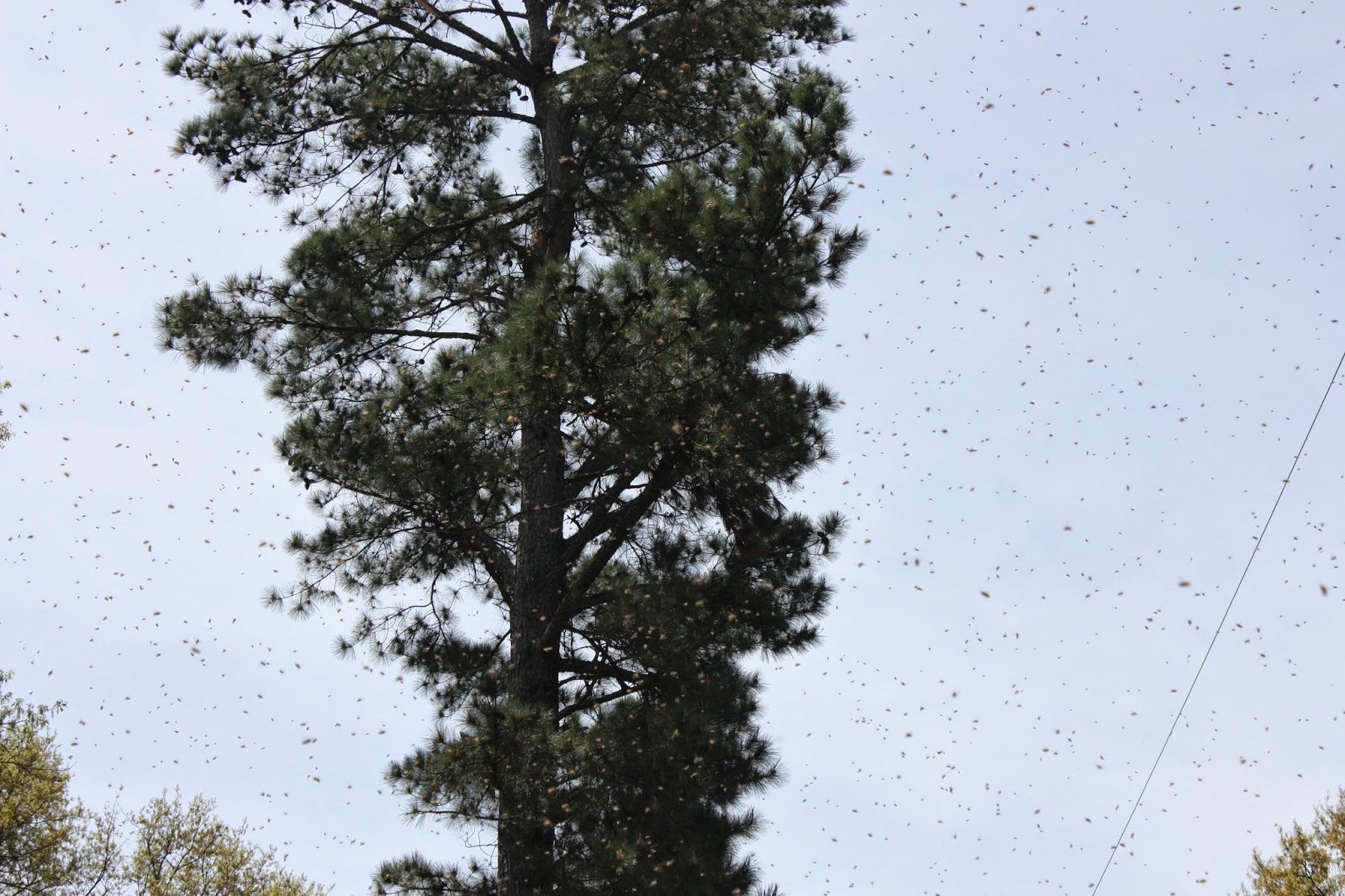 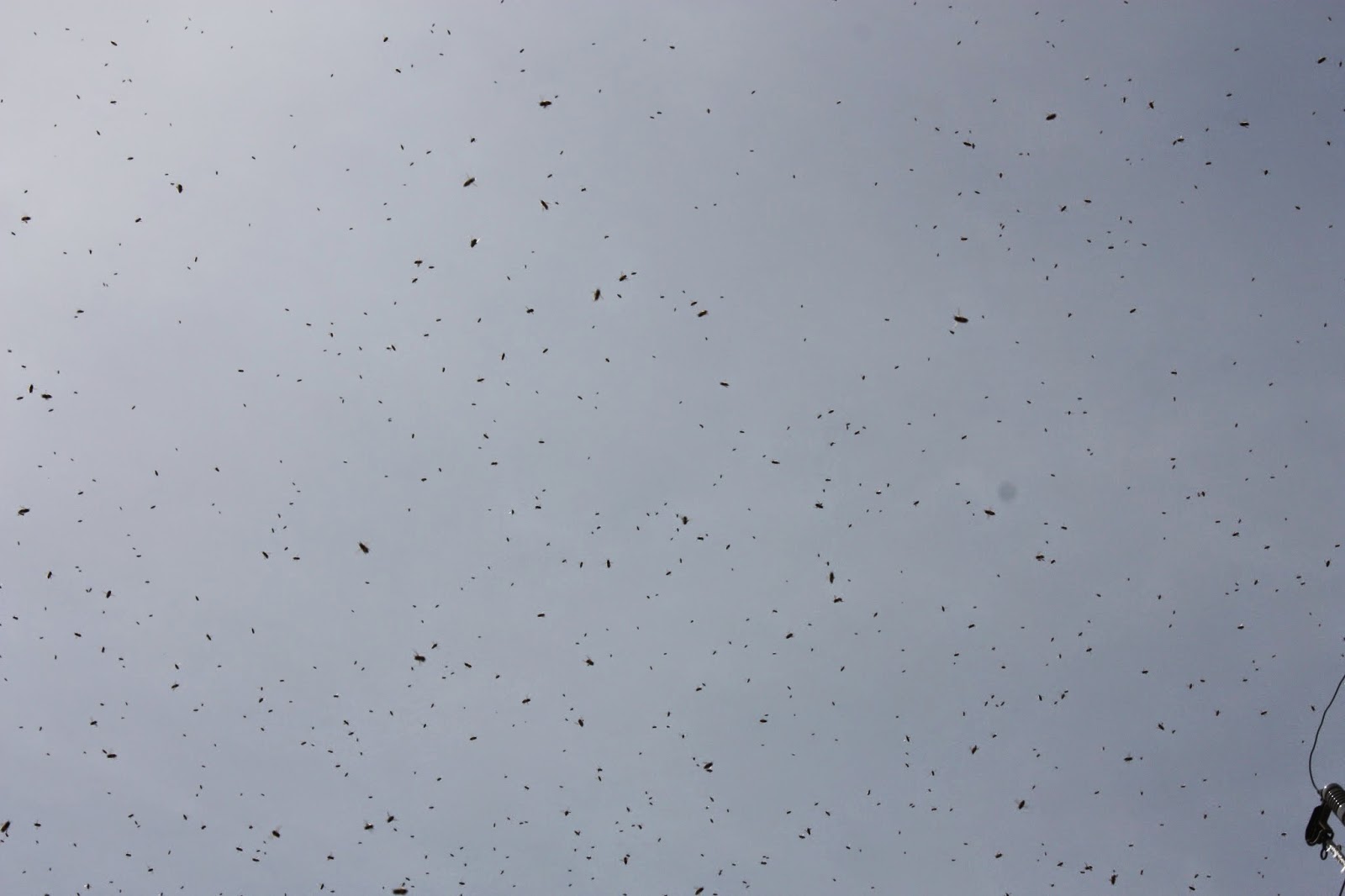 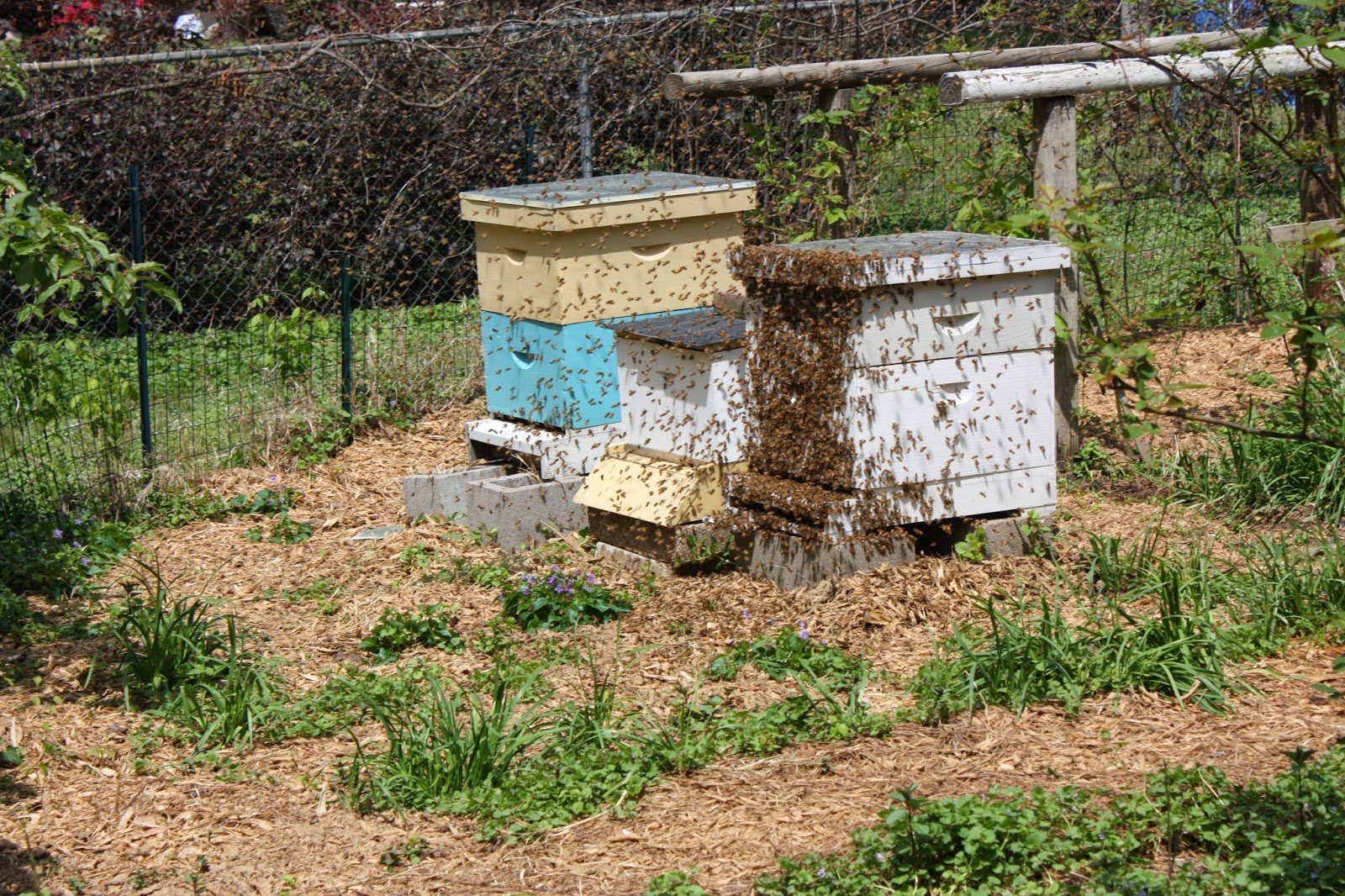 But after a few minutes I noticed they weren't moving anywhere. Within a couple of minutes they were all collecting back on the hive. Within 10 minutes it looked like this: 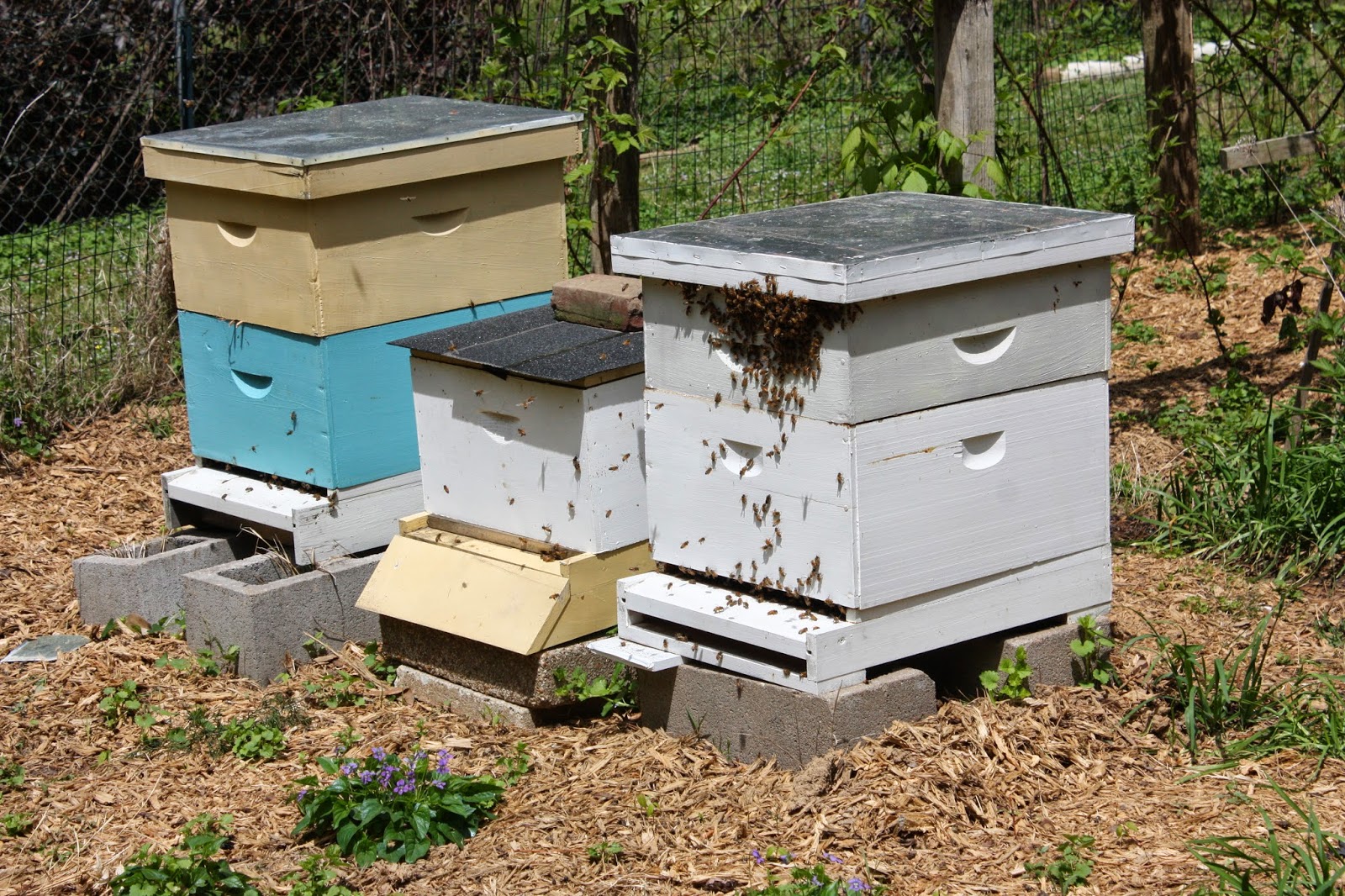 Twenty minutes after it started you wouldn't know anything had happened. 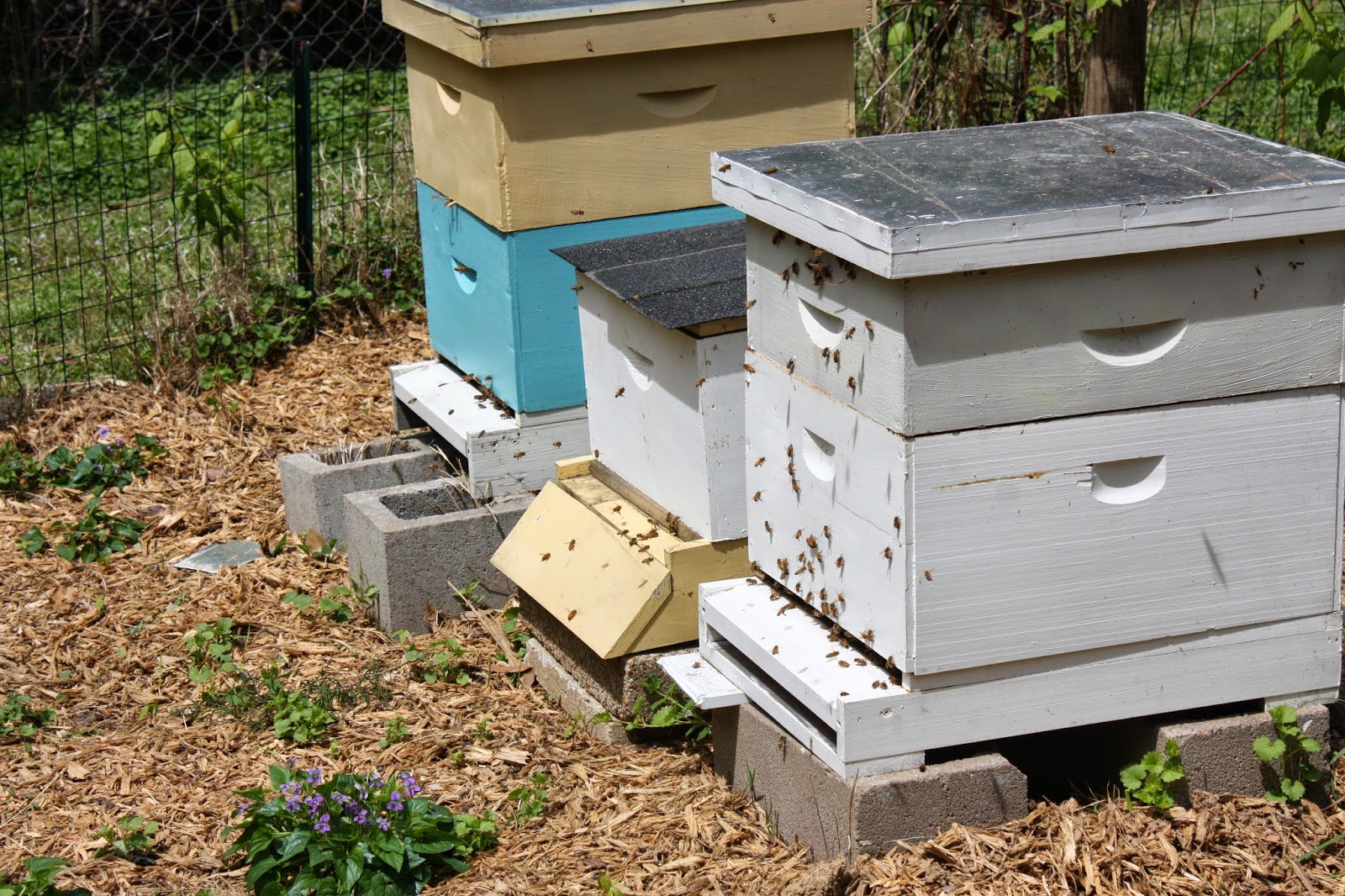 It is possible that this hive tried to swarm but the queen didn't leave with them. It's also possible that the virgin queen, flew out on her mating flight and the rest of the colony followed her.  This hive swarmed the week before this happened. The old queen is now residing in the center box and the new emerged inside the hive on the right. Are you still with me?

A few lessons can be learned from this scenario:

First have extra equipment on hand in case your bees swarm or someone contacts you because they have one in their yard and want it removed.

Next it is important to keep records of what is going on with your hives. It's very helpful to look back and see that this was the week that they swarmed last year or that you were ready for a honey super by a certain date.

And, though it isn't always possible depending on where your bees are located,  you can learn more from observing the behavior of your hives than you can from reading about keeping bees. They don't normally do super unusual things but sometimes they can surprise you.

And finally, there is always something to learn about bees! Managing them is far from an exact science but more a mixture of science and art. Actually it's more like parenting in that you have to get to know your bees and much of what you learn is from experience even if you read every parenting book on the market.