What Bees Do With Empty Space 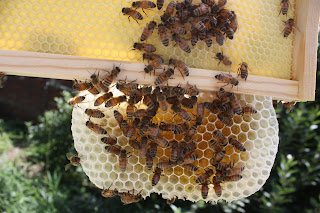 My 2012 honey harvest didn't find me in any mood to make cute labels for the jars I sold or like coming up with a catchy name. But my friend over at Edible Creativity had the most brilliant idea: Mean Girl Honey. She labeled my honey (the top jar) "mason de Regina George." Isn't that brilliant? In case you don't know how she arrived there, here's the background: Queen Bee Wars. 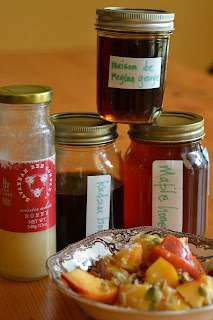 Though I loved the Mean Girl Honey name and thought it was extremely clever people didn't respond well to it. I also couldn't relate it to the blog. Then there was that small worry about Tina Fey suing me over use of the name. Then one Sunday morning in February I woke up out of a dead sleep with the name Pen & Hive in my head. I jumped up to check the availability of the domain name and set about changing the name of the blog, honey, and everything related to either. Everyone responded well to the new name and it ties all my projects together.

This beekeeping thing is full of one lesson after another. One lesson: Buy all your equipment from the same company or at least make sure you don't assume anything when ordering. I'd ordered a shallow honey super from a company that was coming to our bee club.  We could order supplies and they'd deliver them at the meeting, saving us the shipping. Shipping can really add up so I ordered some stuff I needed and happily picked it up. It was only after getting it home that I realized this company expected its customers to use wax foundation thus my frames which were already assembled were empty. No problem I thought I'll just call another supplier and order foundation. No one would sell me just plastic foundation without frames.

Undeterred, I called my favorite supplier and ordered another batch (10) of frames with foundation. They arrived the next day and I put the first one in the super...

it didn't fit. The box was about 1/2 an inch too shallow for the frames. 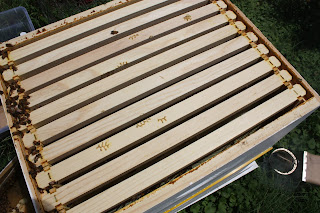 Huh. I had an extra deep super on hand in case my girls decided to swarm again. I put the new shallow frames in there, added the queen excluder to the hive, and put the deep honey super with shallow frames on top. It wasn't perfect, but what could go wrong?

Have I mentioned bees do not like wasted space?

That extra space between the queen excluder and the bottom of the shallow frames needed to be filled (in their bee logic) so they began working to make comb and store honey in the emptiness before moving up to the frames. 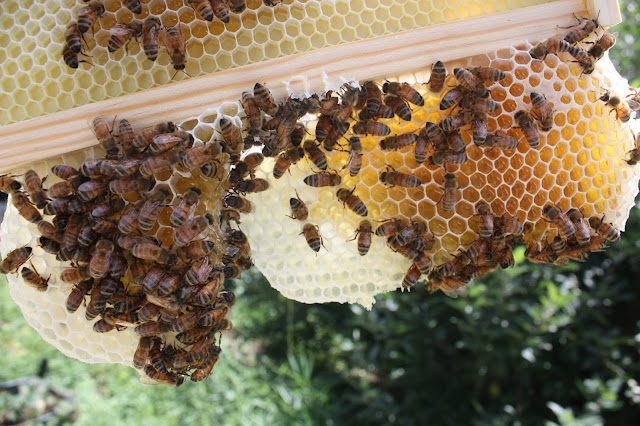 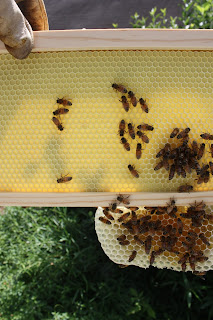 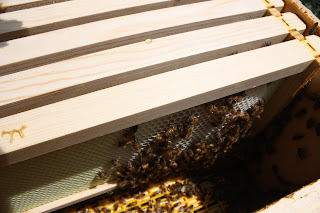 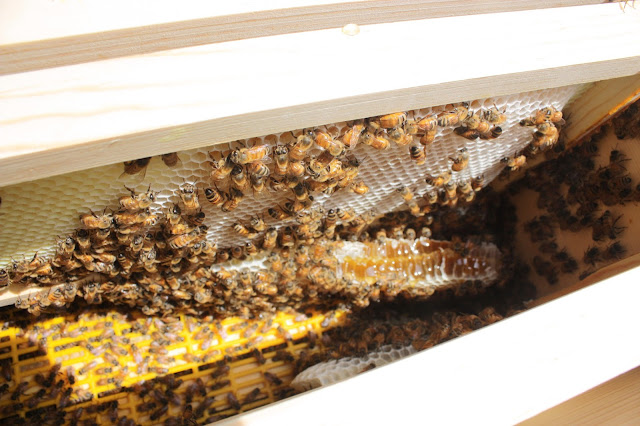 In this last picture you can see some comb full of honey that detached when I removed the frame.  Above it they have started building out comb on the foundation. This whole thing is going to be a mess to deal with come extraction time, but they are just doing their thing as hard as they can. You can't fault Regina's minions for that.

They are female and they are going to do things their own way even if it doesn't seem to make sense.  It makes sense to them and that's all that matters.


See how many problems I'm saving you by sharing all my mistakes?